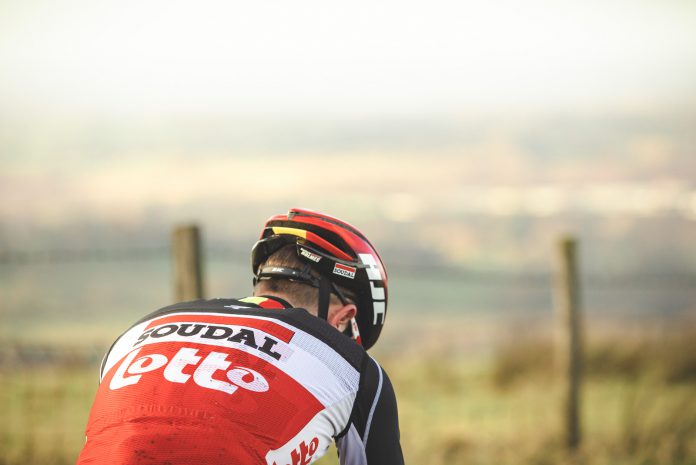 It’s one of the most hotly discussed topics in cycling, and it’s been around a while. For years people have been trying to solve the cadence mystery. Just how fast should you pedal? What should your cycling cadence be?

In recent years the general consensus has moved to a “spinners are winners” approach, promoting a much higher cadence that we see on riders like Chris Froome, instead of the grinders like Alberto Contador.

— HOW MUCH PROTEIN DO CYCLISTS NEED —

Recent studies indicate that high cycling cadence isn’t a beneficial as we once thought for amateurs. The old school riders tell you a low gear will give you strong legs and make you tough. Those newer to the game might reel off the spin to win motto straight away.

The majority of professional riders pedal at a much higher cadence than your average amateur. It’s not uncommon to see 90 or even 100rpm for hours at a time in the peloton. So naturally it’s not long before this trickles down to the amateur athletes. Often it’s easy to assume that if that cycling cadence works for the professionals, it must be the best approach.

Although a recent study carried out by King’s College London showed that the oxygenation of thigh muscles is negatively affected when amateur cyclists pedal at a high cadence. Put more simply, you’re less efficient at a higher rpm. This also means there’ll be a lot of energy being wasted by spinning your legs too fast.

The subjects road a stationary bike while researchers carried out a number of experiments. Nine volunteers with different levels of cycling experience exercised at a moderate power output, pedalling at cadences of 40, 50, 60, 70, 80 and 90 rpm, each for 4 min. Cardiopulmonary and metabolic responses were studied using an ECG for heart rate, and gas calorimetry for pulmonary oxygen uptake and carbon dioxide production.

The results showed that when the cycling cadence was 90rpm, heart rate went up and cycling exercise efficiently came down. Similar to cycling at around 40rpm.

Another study showed that people with slow twitch muscle fibres rode 4% more efficiently at 60rpm instead of 100rpm. A huge difference for those looking for a boost in fitness. Cadences around 60 to 80rpm often perform best on test for heart rate, efficiency & perceived exertion rather than at the higher end towards 100rpm. You have to expend a lot more energy to turn the pedals up towards 90rpm and above.

Most older studies show around 60rpm to be the most efficient, though we don’t know a lot about what the intentions were, if there were any bias in the study and how thorough the sample group was. Were the cyclists already adapted to a lower cadence? Were they amateurs themselves?

The information is clear, low cadences are shown to be the most efficient. Yet every coach you’ll meet will tell you same thing, spin to win and get up towards 90rpm.

— SADDLE SORES – HOW TO TREAT AND PREVENT THEM —

Generally when you’re outdoors on the bike, by yourself or in a group, the terrain and speed can change fast. If you’re grinding your way up the hill and the group goes off in front of you, you’ll struggle to wind it up to jump on the back. You could soon find yourself out the back door even if you quickly try to flick down through the gears.

It might be slightly less efficient to ride in a higher gear, but if you feel more comfortable and it means you have to go through an extra gel or two on the bike, then it’s not an awful thing. Often people will perceive different cadences differently, so find what’s comfortable for you, and work with it. But certainly don’t up your cadence just because of peer pressure!