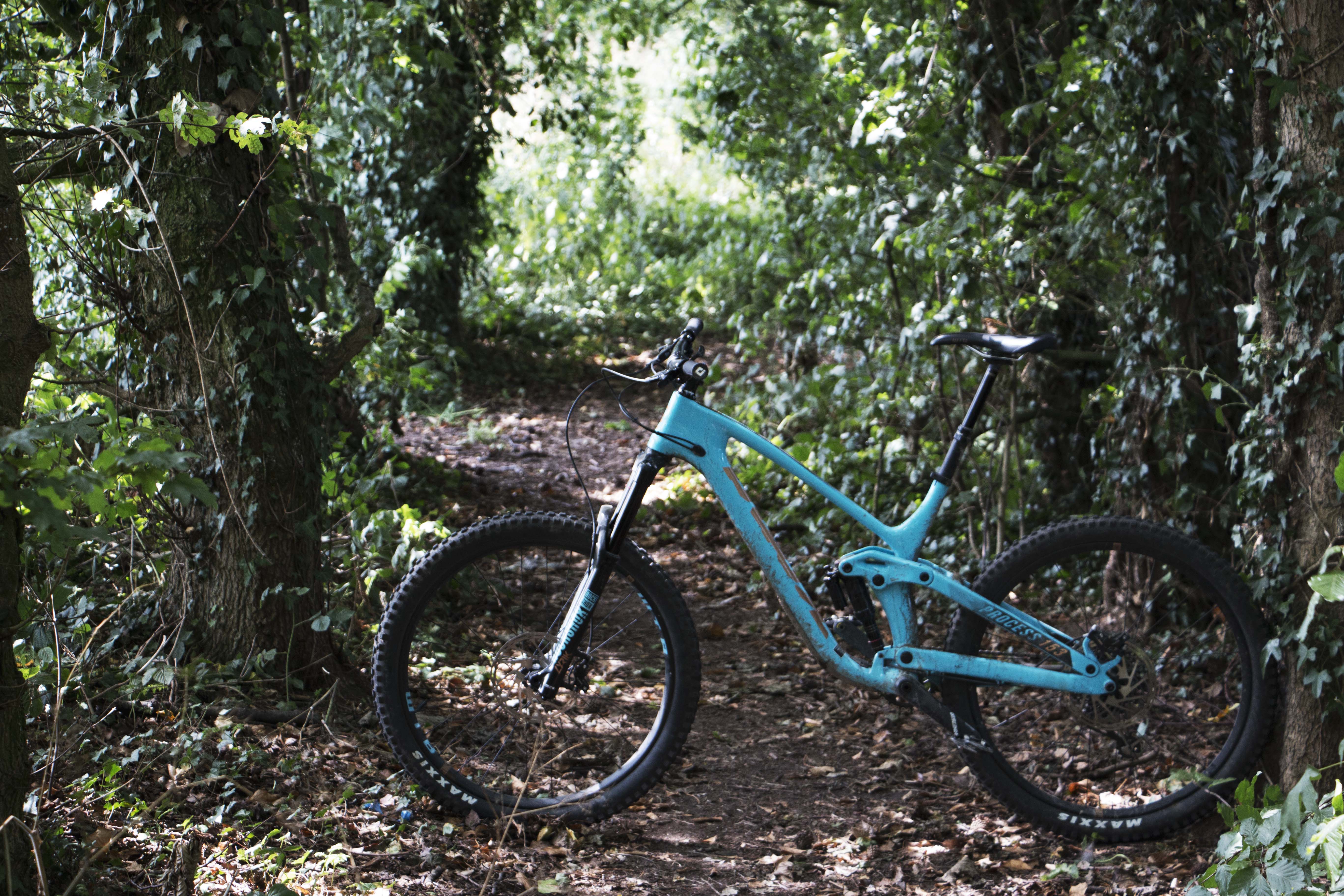 2018 brings a whole host of new Kona bikes & for all you trail/enduro riders you’ll be very excited for the new Kona Process 153 CR. Since 2014 the Kona Process has only been available in aluminium, but this year they’re shaking it up allowing the top of the line models a carbon set up with a frame shape that echoes that of the downhill bike. The new Process 153 comes with all the features you’d want to see including a raked back suspension link, chunky down tube and skinny top tube. 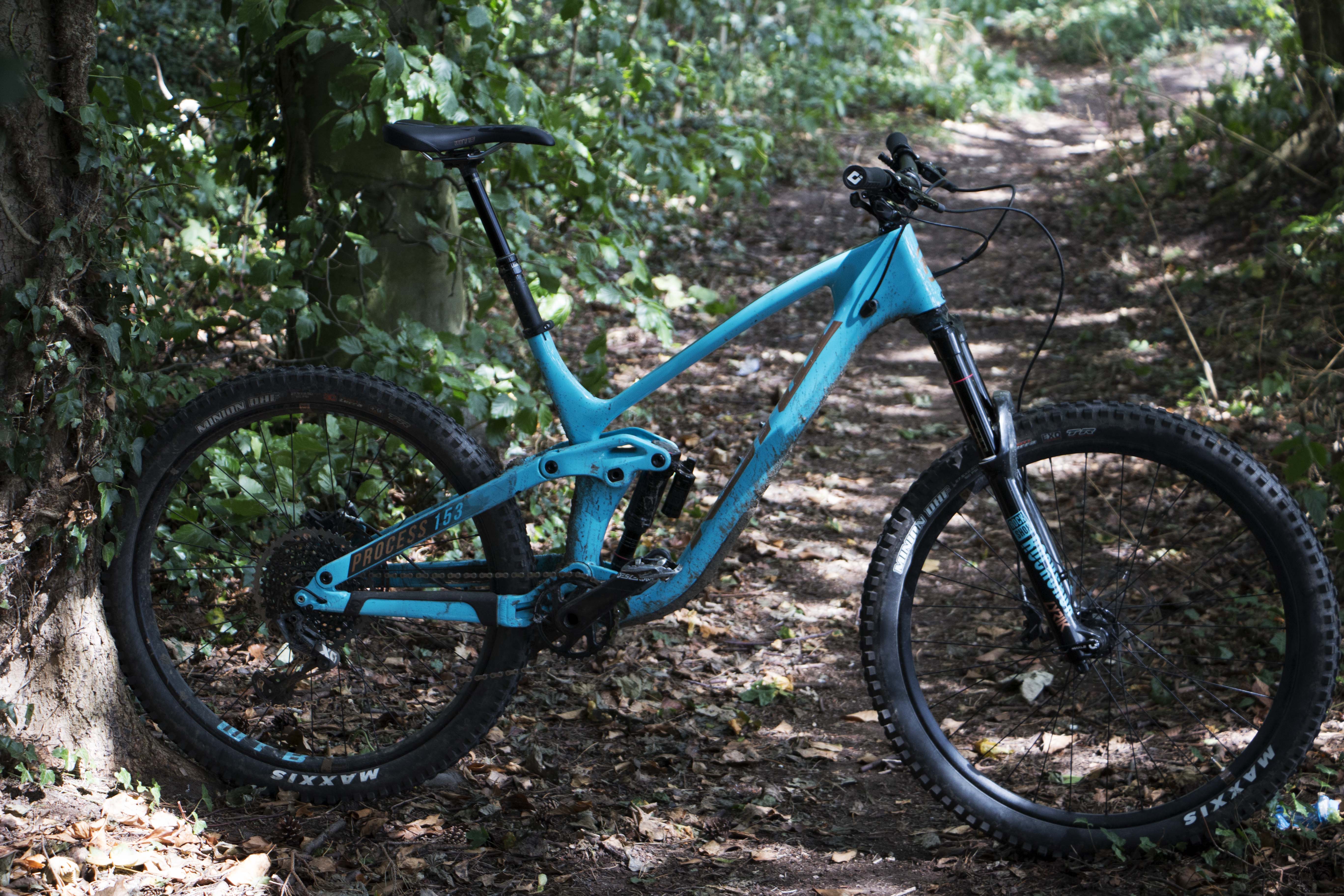 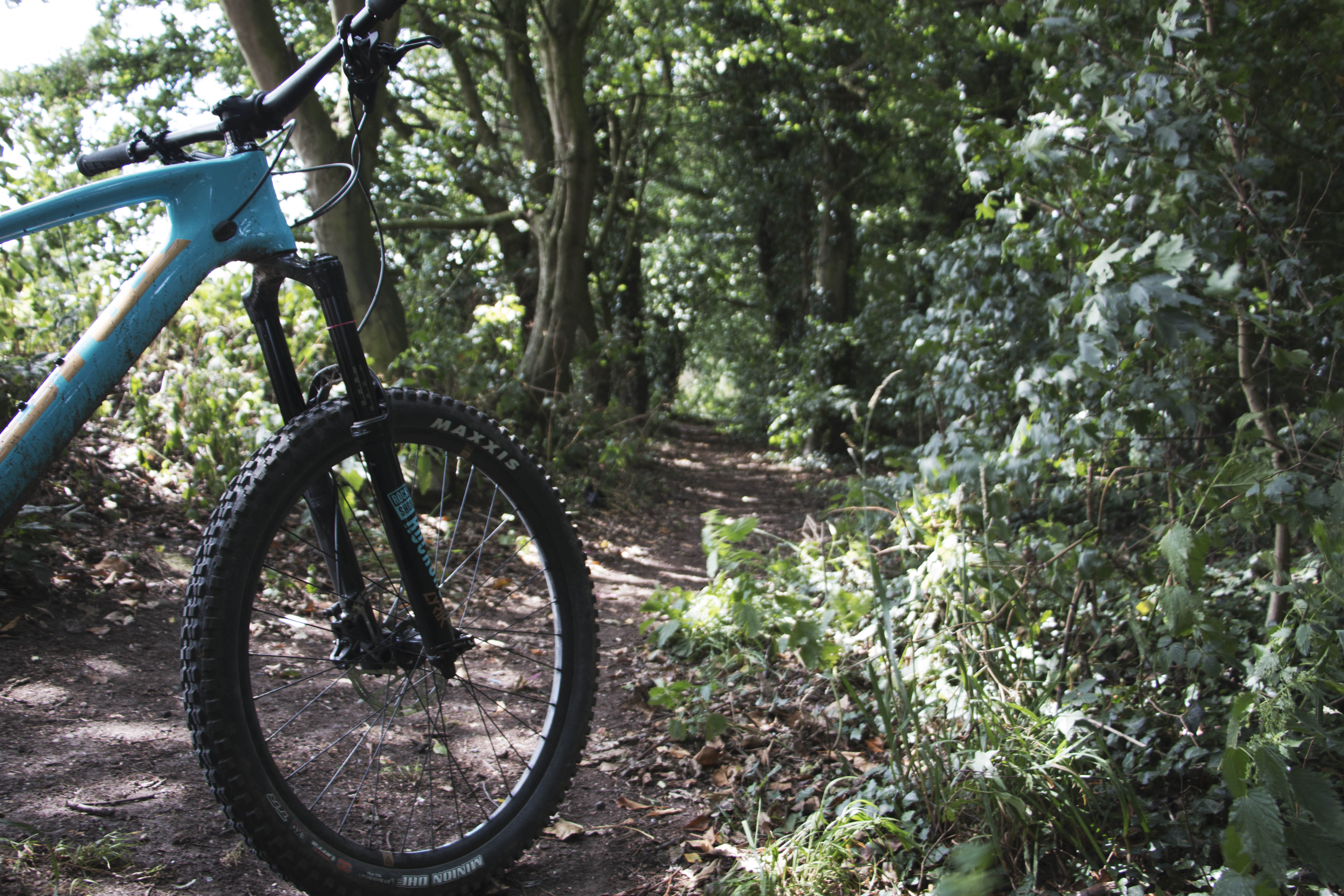 As you can imagine with Kona trying to compete with the top bikes out there, packed with a full set of new features, this new high flying model doesn’t come cheap. The Process 153 CR DL currently weighs in around £6,000. It’s becoming more common for prices like this to be the going rate for the top of the enduro bike range.

But don’t panic, if you’re in the 99% of the population that can only dream of being allowed to spend that kind of money on a new bike, Kona have provided a full range spanning down from this. Including the aluminium Process 134 which we did a photo post for. So you’ll be able to find something within your budget. 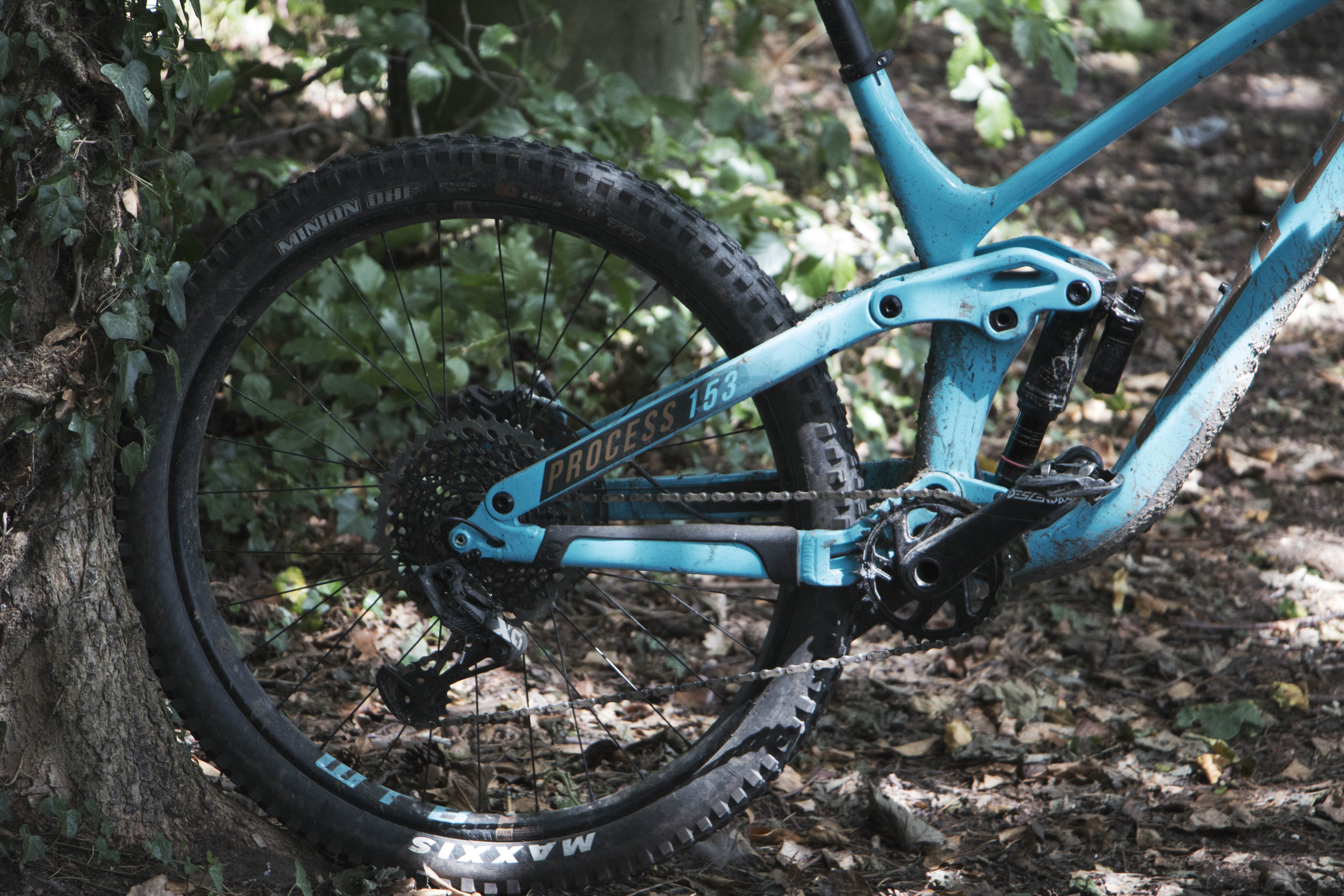 Looking at the geometry of the frame, the stack, bottom bracket height & reach have all been brought over from the old Process and the new 29-inch also echoes these too. The reach is up at 510mm on the XL size, this offers the Process 153 one of the biggest cockpits on the market, paired up with a very short 425mm back end. 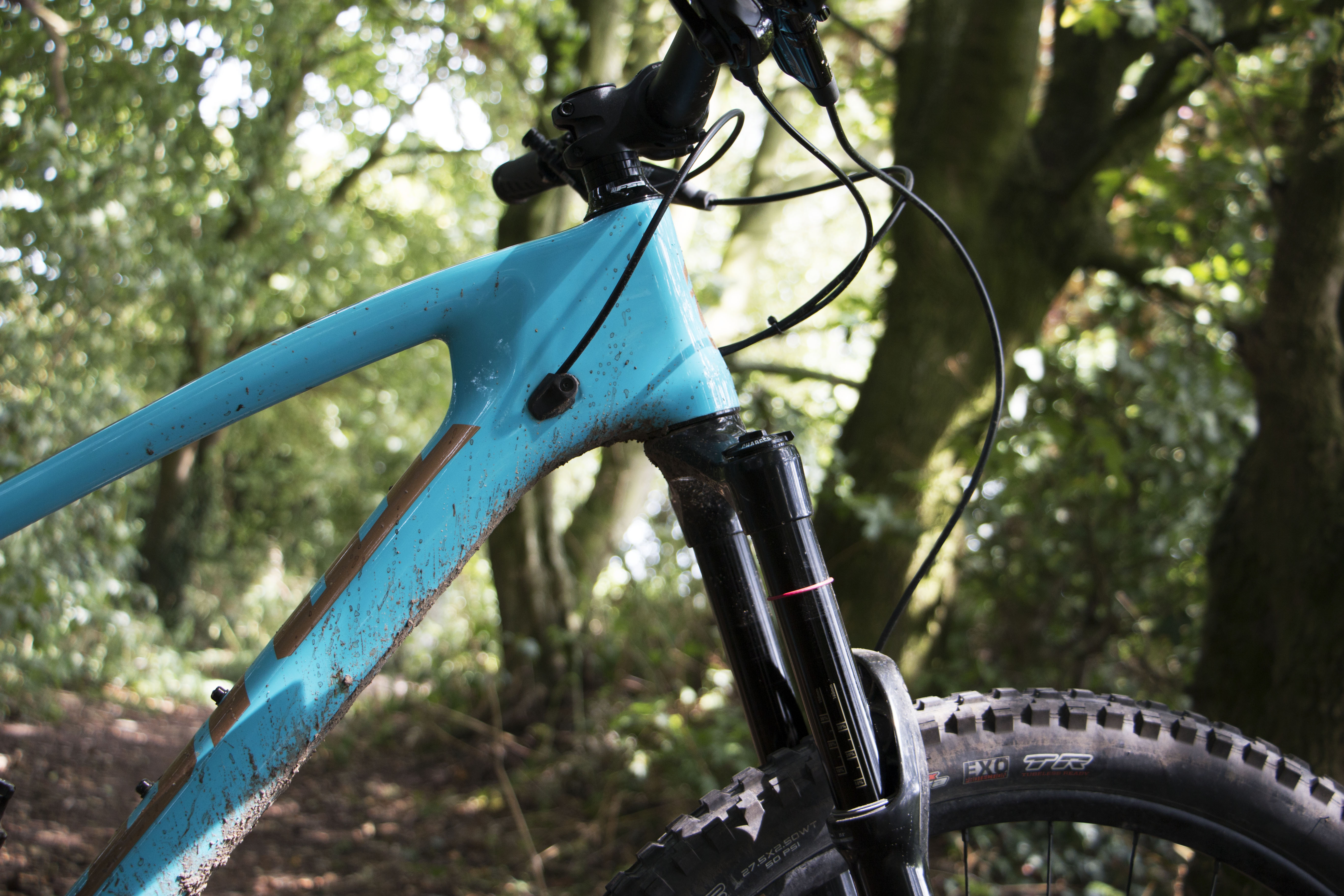 The head angle comes in at a new 66 degrees, steeper than the older version. Kona believes that going against the trend works. They claim that with a long reach this can be accommodated and that it will improve the way the bike handles all round, not just out on the steep trails. 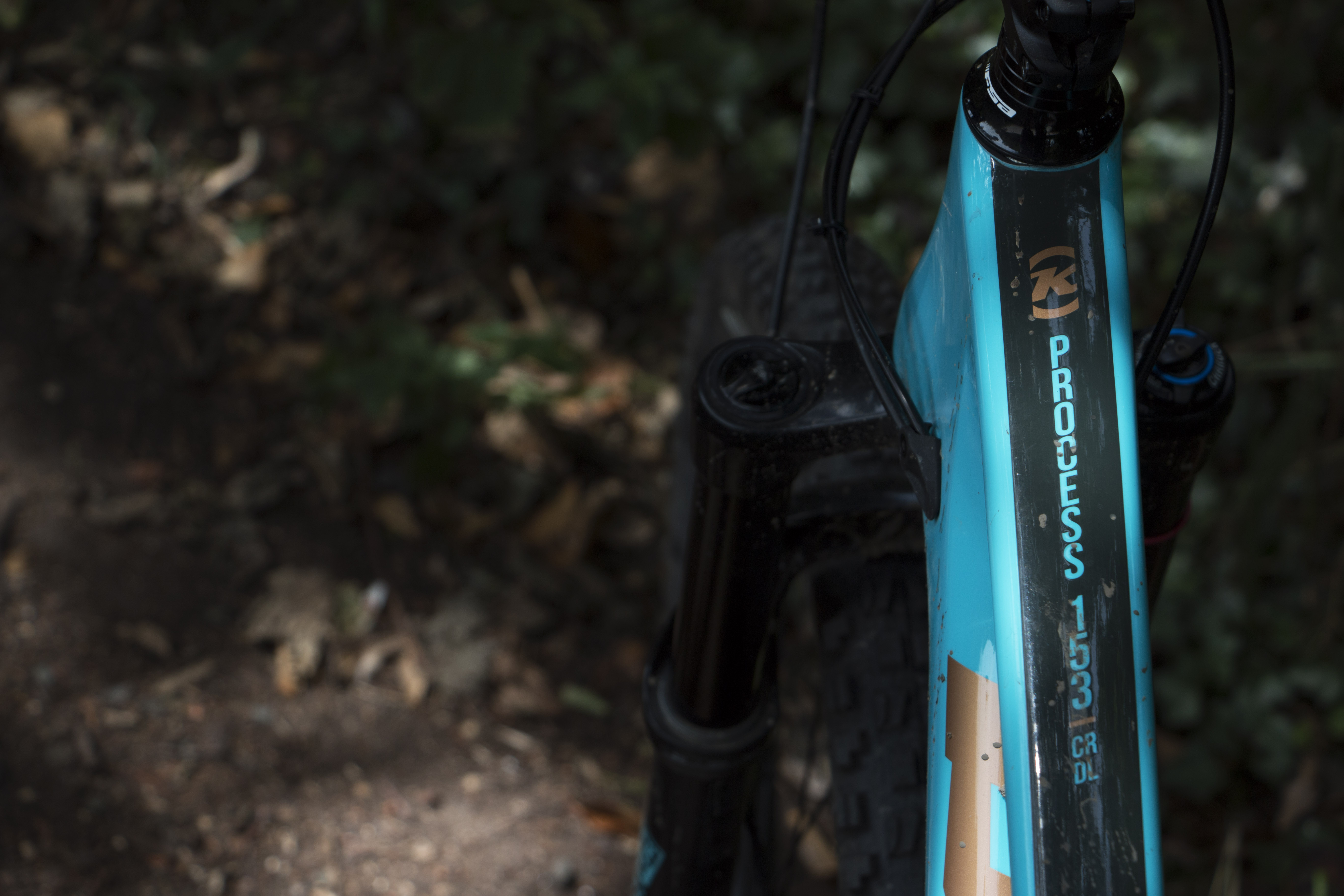 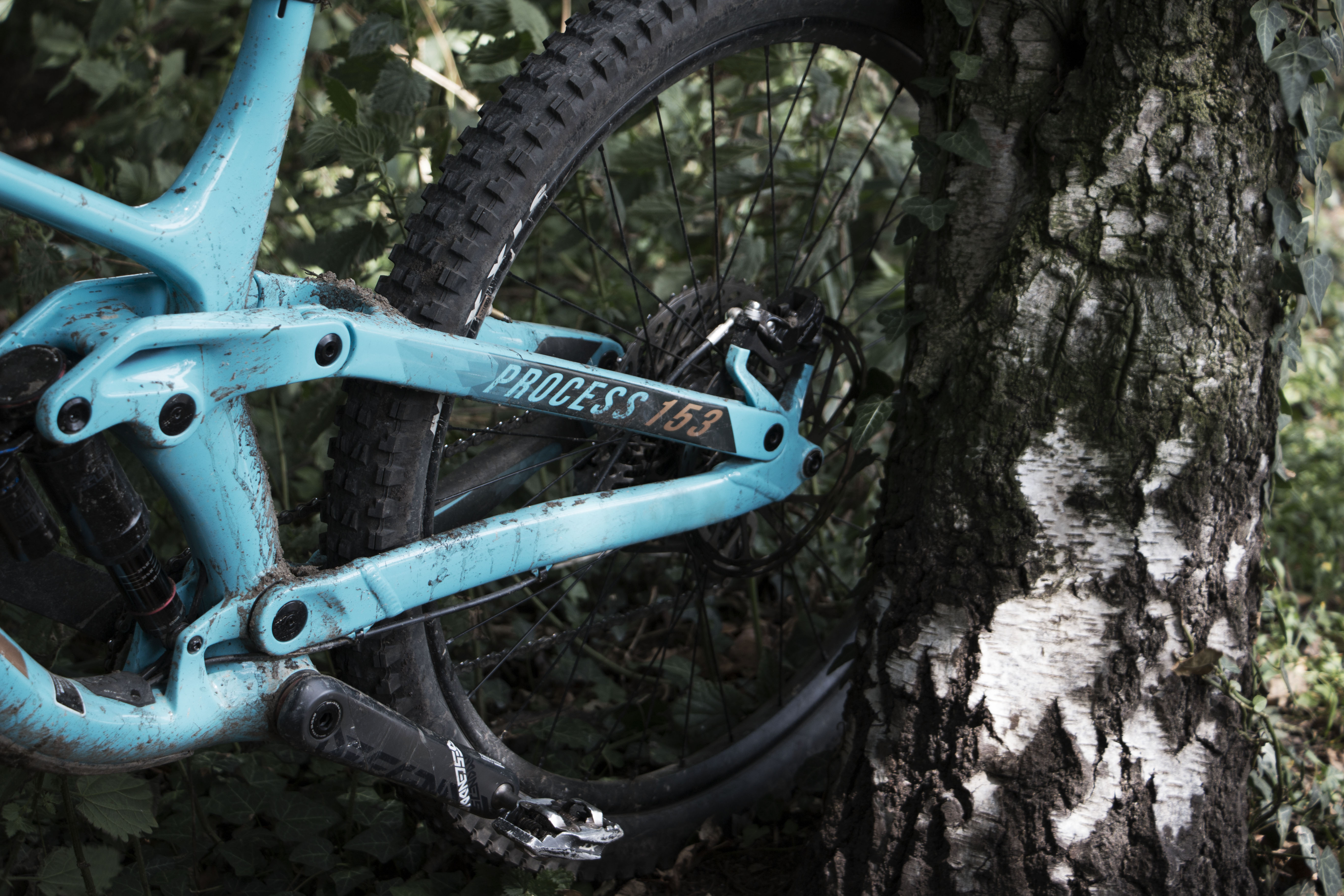 The Process 153 maintains the standover the Process is known for while making room for a water bottle inside the front triangle, something that everyone will enjoy. They’re also claiming that the combination of short chain stays and a steeper seat tube angle, up at 76 degrees, create a more balanced climbing position.

The suspension of the Process 153 has seen some alterations featuring the new rocker link design as is becoming increasingly common. With large bearings and a trunnion mount metric shock. 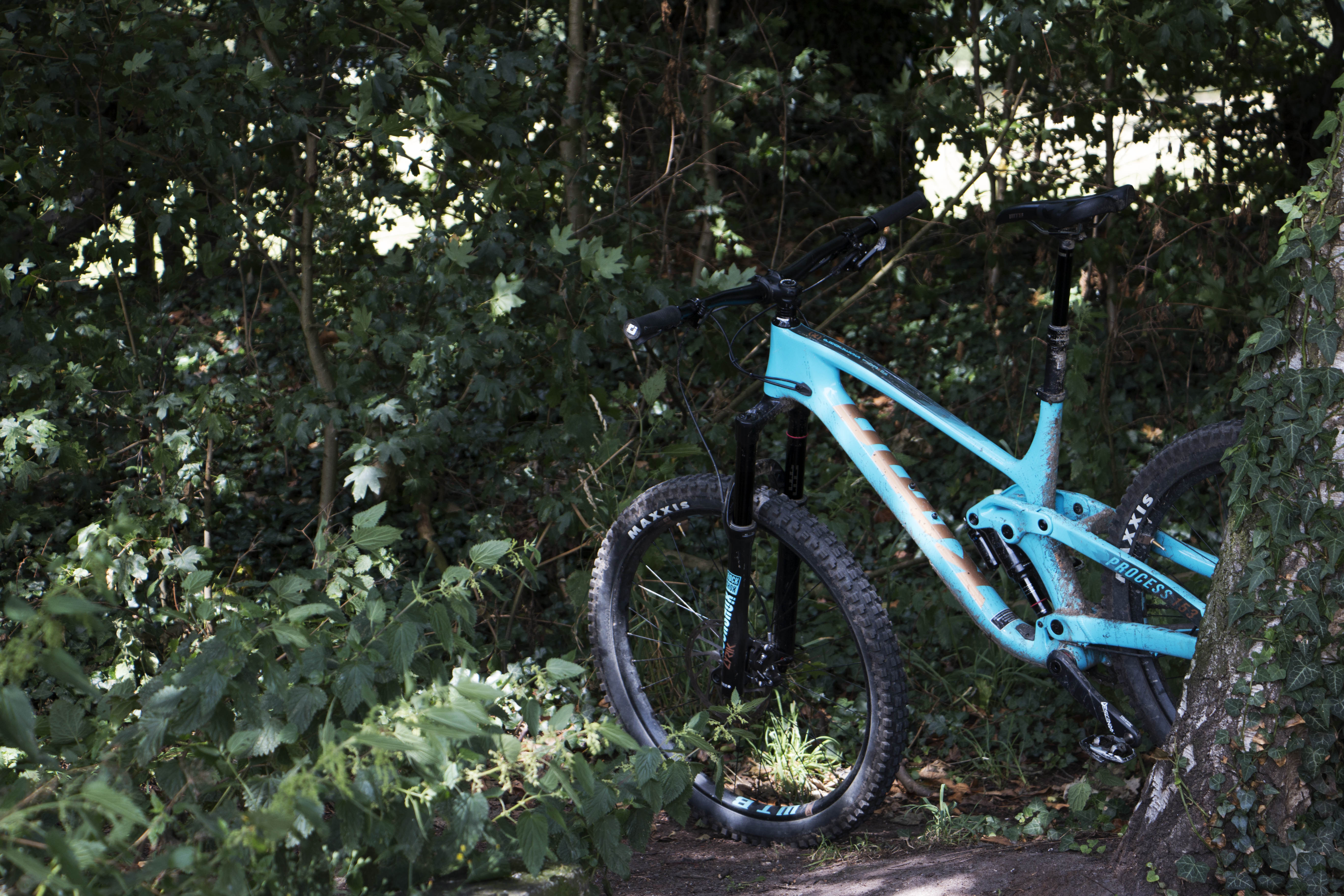 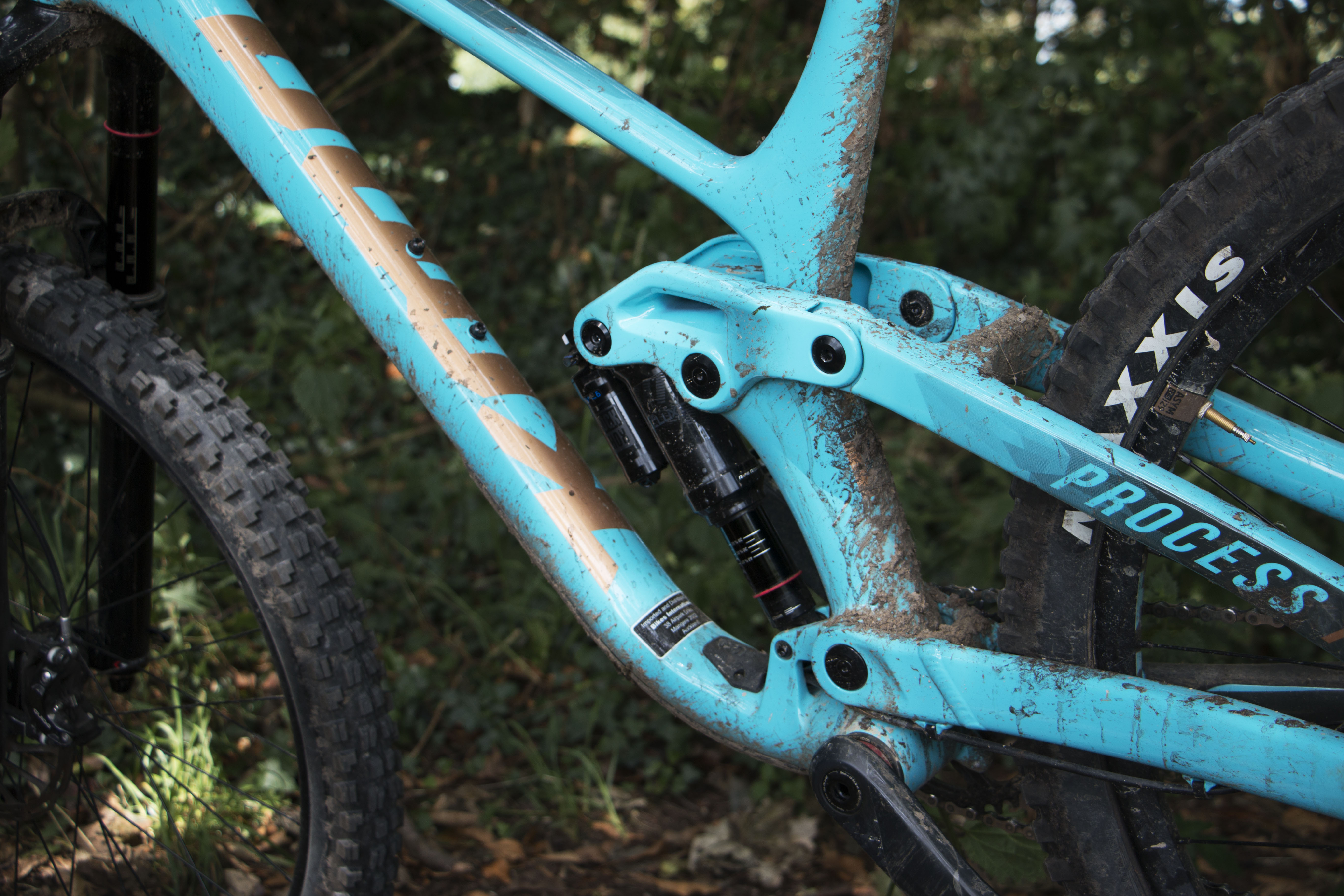 Although the frame has shifted to carbon, the chain stays have remained aluminium. This is to keep them durable and withstand rock strikes & other issues better, which we think is a great decision. This is to fit in with Kona’s vision of creating a bike that doesn’t need constant maintenance. 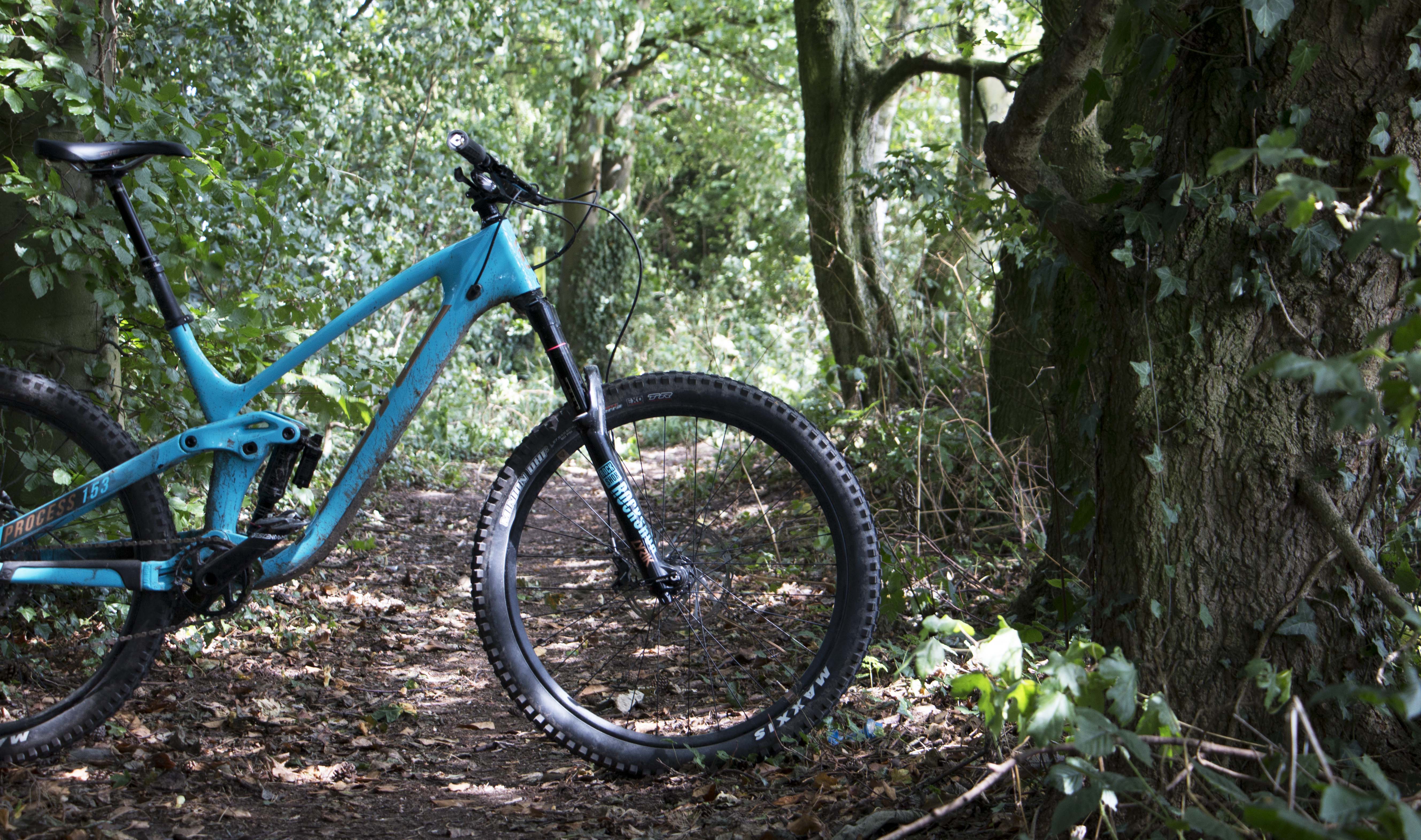 Despite the fact the chain has been engineering to take anything you throw at it, it’s also rather aesthetically pleasing. The internal routing has a newly improved option, this is made a lot simpler with entry through a hidden compartment at the bottom of the downtube. There’s also a spare derailleur hanger tucked away in here. 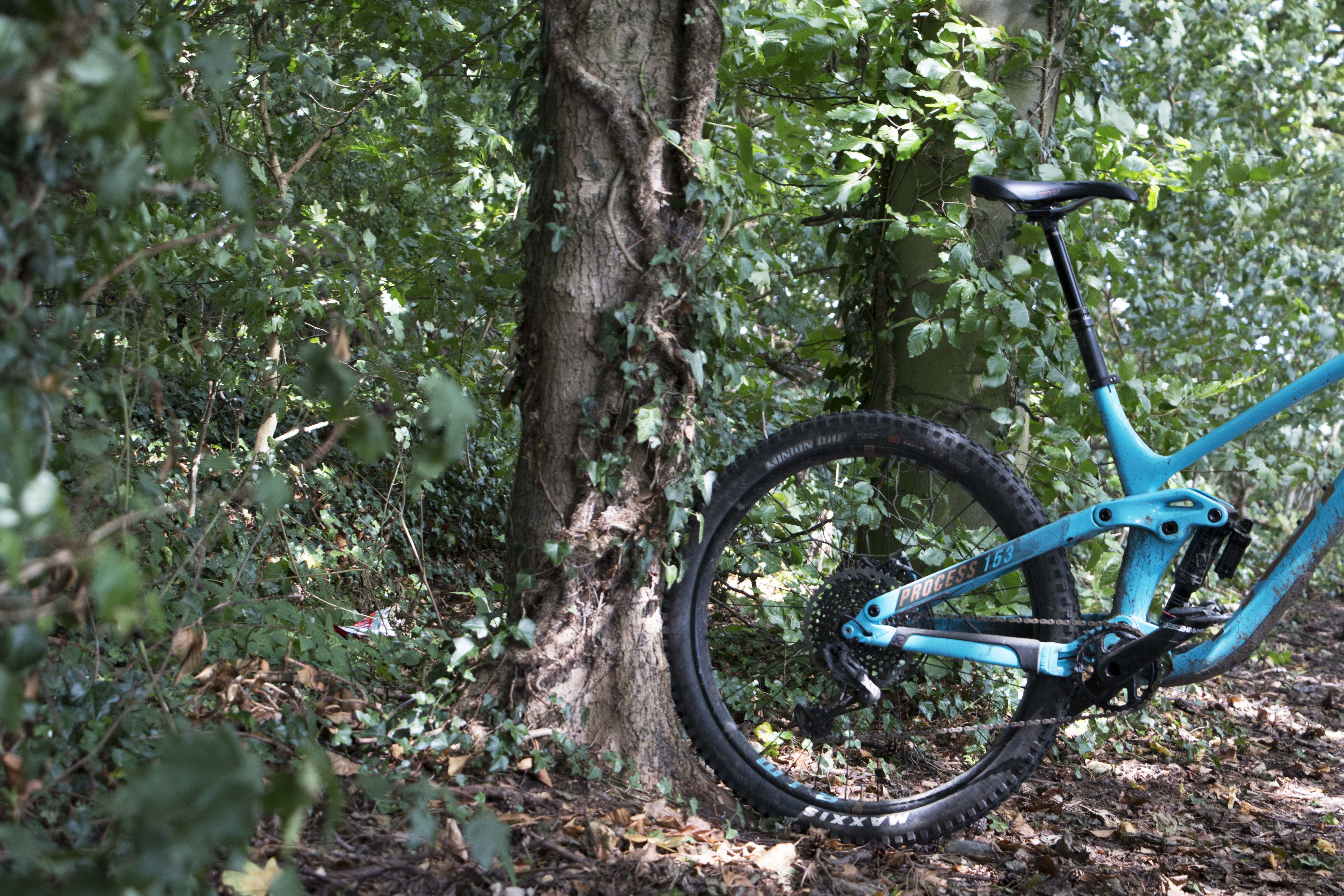 Kona have reduced side loading on the shock by using a Pressfit 92 bottom bracket and rotating the main pivot & rocker link on large 21mm ID bearings. Mixed with press-in headset cups Kona have been really trying to eliminate the chance of potential problems you would have with the bike.

The Process 153 has enough clearance to accommodate 2.5inch wide trail tyres, although the bike won’t be able to take any plus sized tyres. Kona believe that these tyres don’t allow you to ride aggressively. 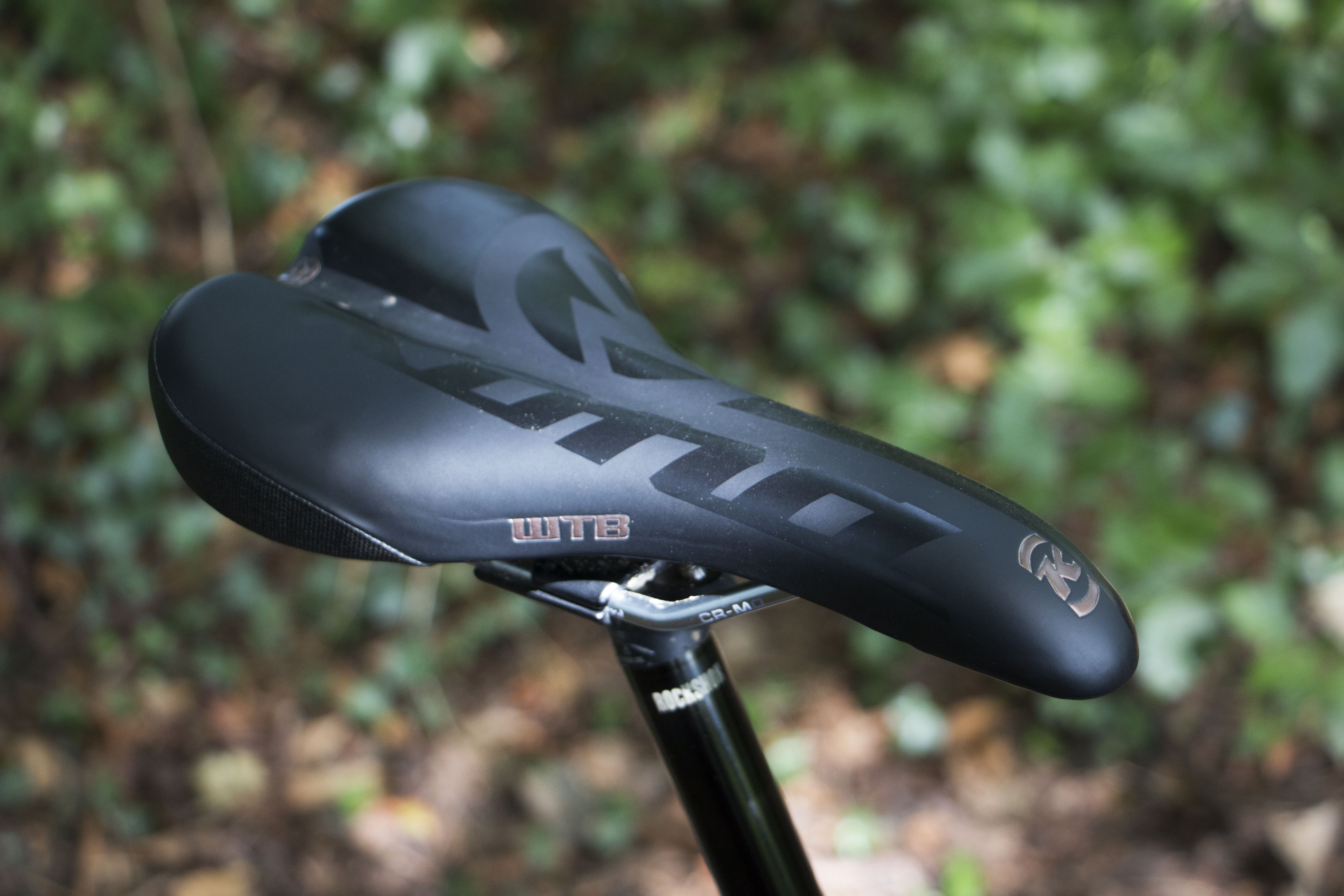 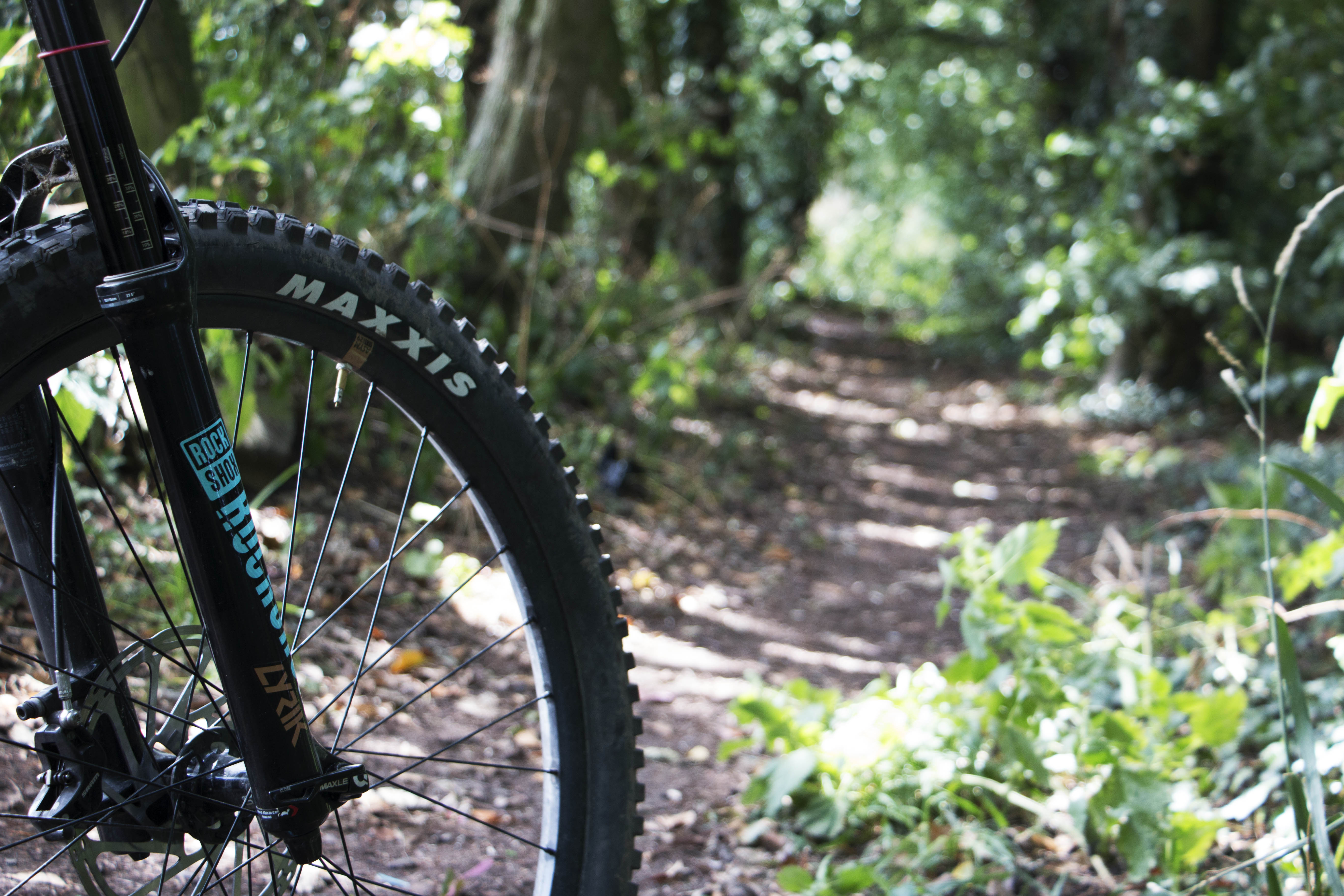 The bike isn’t the lightest of the bikes, although with the frame weighing in at 3kg, it’s not exactly a wheel barrow. Kona have claimed the bike is a new and improved somewhat subtle revision of the original. Although with a new frame, suspension & material, it’s quite a shift.

We think they’ve managed to grasp just what the old Process was all about, although it’s definitely seen a boost. The new bike certainly feels bigger & tougher, and the old one wasn’t exactly a push over.

We’re very excited to bring you this bike on Cyclestore soon. 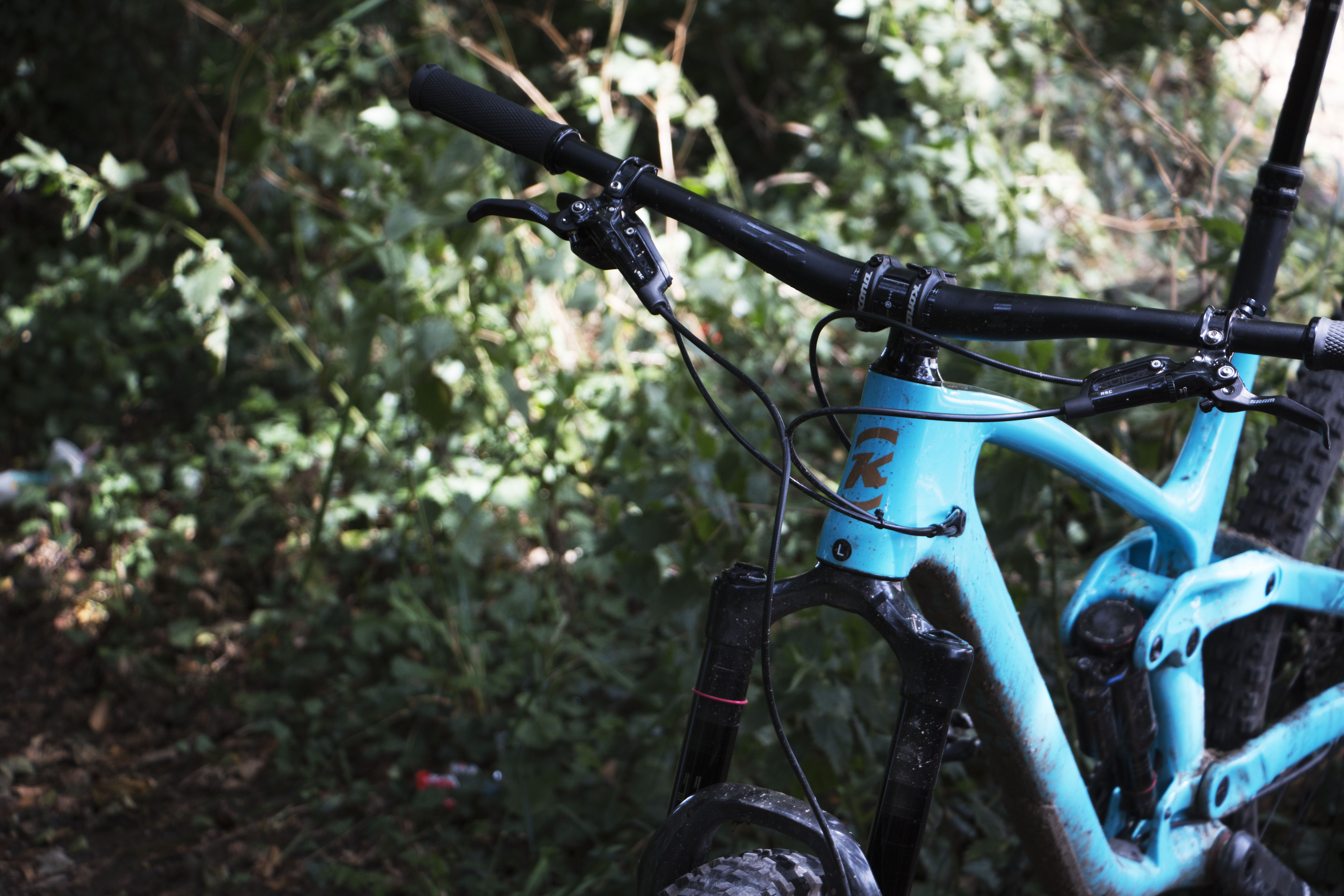 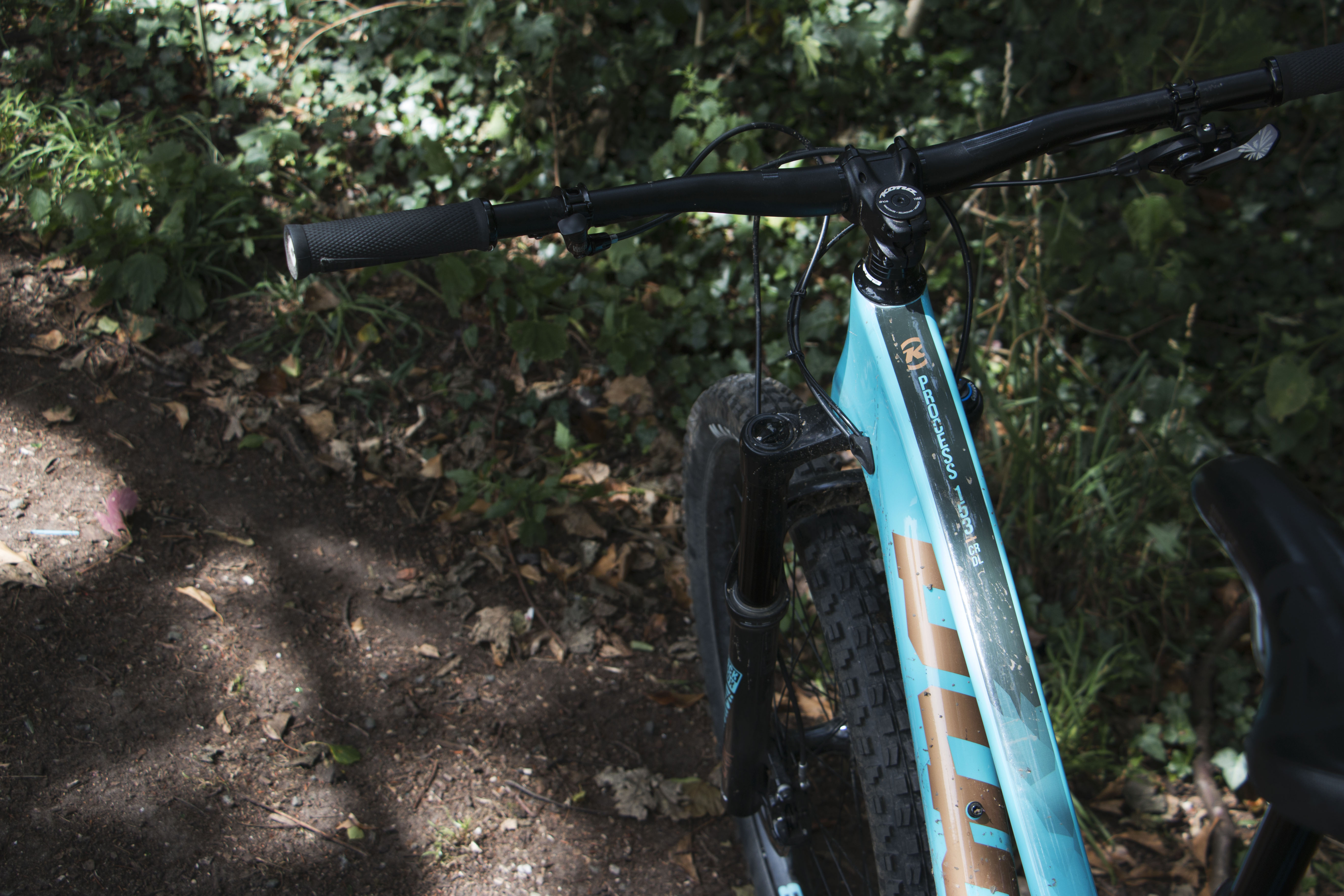