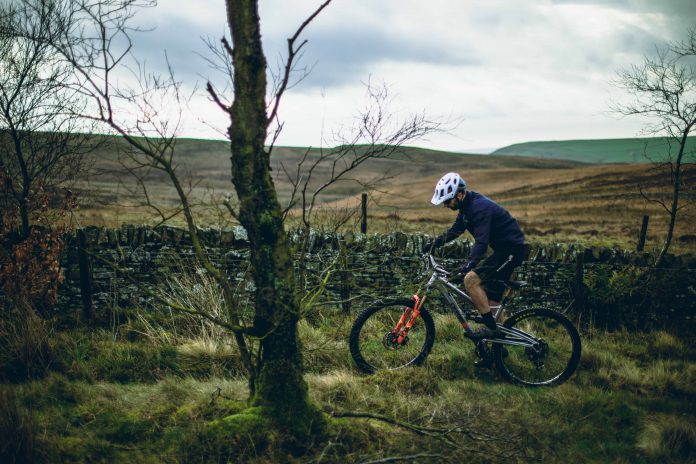 No matter whether you only get out on the mountain bike once a month, or you’re a day in day out veteran, when you’re out with the group you’ll be riding with one of these guys. Do you fit into one of these biker molds? 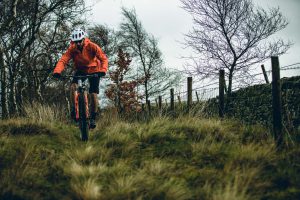 You can call them, set their alarm for them, wake up in their house. There’s no way you’ll ever get this person to be on time. They have an almost impressive knack of making themselves late and everyone else has to wait for them.

You’ll have tried everything from telling them you’re meeting an hour earlier, to making them text you as they leave. But it won’t work for this one – they’re a lost cause and they’ve usually forgotten something in the process.

Quite often one of the smaller riders in the group, the first at the cake bar and the last to leave. They’ll pile in a main, some crisps, chocolate, coffee, cake and more. They’ll be finishing off your left overs without a hesitation and they’re probably half your size.

With a teenage metabolism there seems to be nothing this bottomless pit can’t handle. Man vs Food? Get them over here, we’ve got a rider that’s up to the challenge. 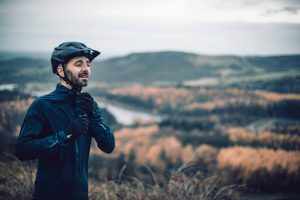 Should stick to the thin wheels and funny looking handle bars. The number cruncher is often obsessed with numbers that fit in with the lycra wearing crew. Speeds, elevations, power data – it’s all a little bit lost on the rest of the guys. But they seem to enjoy it. Often lets the numbers get in the way of the fun – just ride bro.

With a “Strava or it didn’t happen” attitude – this biker would probably melt if you confiscated their phone/Garmin. Often in a corner shuddering if their Strava won’t work, and seen hammering down very obscure sections of the trail chasing “KOM’s”. The first to give you kudos at the end of a ride cause they seem to live in the Strava world – and aware of absolutely everything you’ve been up to recently. 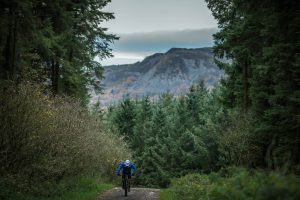 Probably works within the bike industry – at the local shop or otherwise. Often on a brand new demo bike, with more gear & widgets than you can get your head around. You’re not quite sure if they’re doing any riding on this space ship. Complete with all the new accessories and kit to match.

If you want to talk about something other than the cycling industry then don’t prod for information on any new products. Can talk for hours – usually more money than sense but the last to buy the round.

As bad as a teenager this biker can always be found on the phone. Selfies, photos, videos – you name it – they’re doing more photography than riding. Their Instagram story lasts for hours but you swear they only did 3 minutes of actual riding. Often got a back catalogue of images from your ride – although you can’t seem to prize their phone from them.

Occasionally seen with a GoPro – you’ll rarely find them in the trees. Instead they’re hunting for the perfect light to go with that “perfect” social media moment.

A road rider or ex road racer that just can’t quite let go of those long days in lycra. Whether they regularly come over to the MTB side of things, or only on occasion – they bring a whole host of strange habits with them. Lycra, fingerless gloves and some alien looking helmet.

Shiny legs, dodgy arm signals and a Garmin – they’re probably also under the category of Strava addict. They’ll probably fall off a few times too! 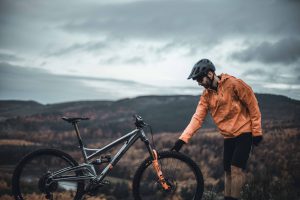 This cycling veteran has seen it all. From bikes that used to be made of bone before the invention of metals, and tracks shared with the dinosaurs – the old guy will bring a bike debuted in the 1970’s and a kit to match. Doesn’t engage in the chat about Strava, Garmins, wheel sizes or dropper posts. He’ll never be up out of the saddle, never have to drop a foot but he’ll be the first to the top and the bottom, making it look completely effortless.

Can hit almost 100km twice a week because they don’t know any different. You’ll be in absolute awe of the old rider and hoping that when you’re they’re age, you’ve still got it too!

This guy knows the trails like the back of his hand and never fails to deliver. You say what you want and the response is usually “oh I know the perfect route”. Always timed to perfection, always exactly as described and never lost. Even when you can’t see the trail, they know exactly where it leads to.

Similar to the road rider that can’t let go, the XC racer will be wearing lycra & strange, fingerless gloves. Their bike will somewhat resemble a road bike with a long wheel base, grips and clip on pedals. Obsessed with speed you’ll probably only see them at the start as they won’t hang around to socialize with you and your buddies. They’re not interesting in stopping at the top or bottom of the climb for a catch up with the team, they just wanna get round & get home as fast as possible, with as little fun involved as they can get away with. 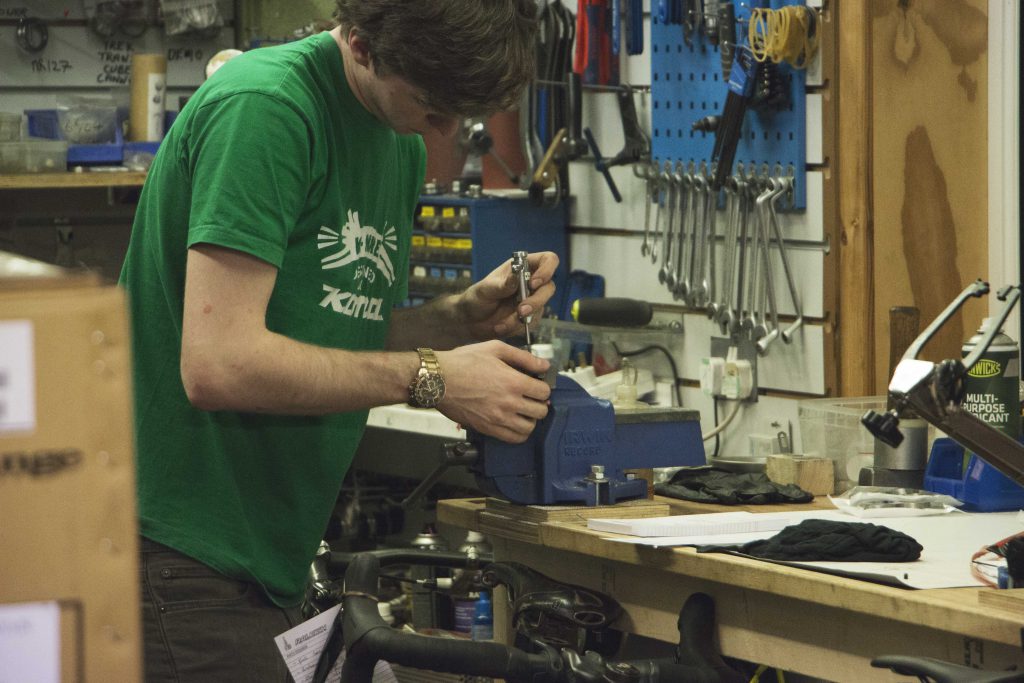 Whether it’s out on the trails or back at the trail centre, this biker is often the most useful in the squad. They’ll fix anything you throw at them, and often they won’t even have to use their tool kit. An extensive knowledge of every issue you could possibly think off, complete with the biggest tool collection in the group – keep them close.

Occasionally the same biker as the Old Guy – they’ll be super fast up the hills, almost making it look easy on the one and only gear they have. Always the first at the bar, and will immediately tell you they only had one gear if you have any complaints about how hard the ride was.

Undoubtedly smug if anyone else’s bike breaks – specifically anything involved with the drivetrain though the first to make excuses about their gearing. 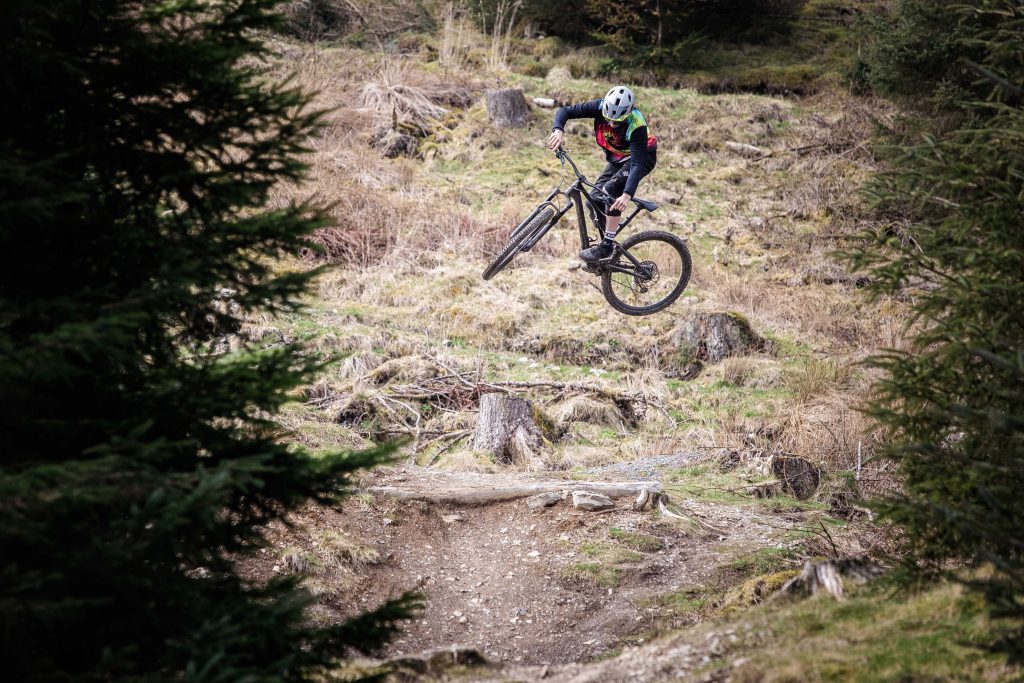 Spend most of their early days knocking about on a BMX park annoying the locals. Those antisocial hours spent hammering in & out of the kickers have honed a repertoire of skills that can impress any new comers to the gang. They can usually hit most of the lines and pull off tricks you can’t even dream off.

Although the first to try something new, you’re always smug when they don’t quite make it. If you ride with them often you’ll know their play book inside out, and you’ve seen it all before.

Always moaning about the climbs, the last to turn up in the morning although usually first to the cafe. Probably one of the first to the bottom and hiding an immense amount of talent. A whole host of unused skill described by the older members as a “real shame”. Often the first to make an excuse to dip off to the pub instead of come on the ride.