With more and more people leaning towards an electric bike as their weapon of choice – could we see a shift on the race scene to accommodate this? There are already a number of races around with e-MTB categories, but could we see it spread to the masses? 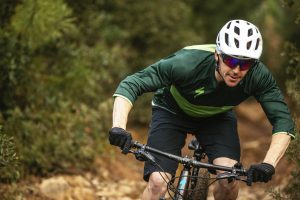 E-bikes are fantastic, they allow you to go further and for longer. Explore new terrain, keep up with friends, and fall back in love with your riding… that’s if you ever fell out of love with it! From the statistics we can see that the e-bike community is massively growing through Europe and the UK, so they must be doing something right!

Often people buy e-bikes so that they can take their riding to the next level. Or if they can’t ride as much, but want to be able to cover the same ground without fitness holding them back. So racing on one seems somewhat counter intuitive, right? If the bike does a lot of the work – does that take the fun out of racing? 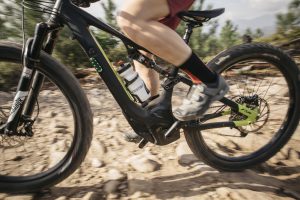 Still a relatively new idea – E-MTB racing is slowly starting to make inroads into the MTB community. If you’ve played a part in enduro racing – you’ll know that a lot of this is about taking it easy on the ascents and saving yourself for when the gradient points downwards. This is where the real speed is unleashed – so we can start to see where the e-MTB fits the bill.

A lot of enduro races often start with chair lifts or a shuttle bus to the top – so why not allow an electric bike to help you on your way up to the climb? This allows race organisers to expand courses and explore new routes they may not have included before.

Racing side by side with analogue riders – there is often quite a friendly rivalry between the two with each offering encouragement and jokes as the riders progress. They often have different start times but link up at points around the course.

As soon as the race course is designed for an e-bike, it completely changes the nature of the race. Of course, when an e-bike rides on a course designed for a mountain bike – it would probably feel fairly easy at points. So it’s no surprise the analogue riders threw around a few grumbles when it started. Though when the courses are designed to match the machine – there’s no denying it’ll still take a level of competence to complete the course.

A race is still a race no matter what you’re riding. If the bikes are the same, electric or not, it’ll be the best athlete that wins.

When the bike offers a whole new window to go further, faster and explore more – it’s no surprise that a lot of e-bike riders are keen to take advantage of this. Though we may see more of the top end riders taking to this new category – which will really test the event organisers. It’ll be great to see how these athletes attack the course, working out how, when and where to attack the course. It can’t be too long before events designed purely for electric bikes begin to appear.

Events like this will open up a huge area of development for the bike engineer. With more and more money being pumped into the top end of electric biking, it won’t be long before the technology begins to reflect that. We see endless amounts of testing and development on race equipment at all levels, and with e-bikes being so new, it won’t be long before they see a huge boost. 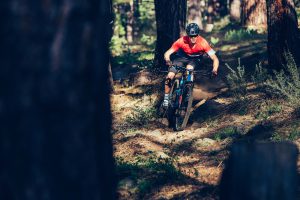 With a lot of time spent on the aesthetics of the bike and battery performance, this need for speed will add a completely new dimension to the engineering of the bike. With this racing scene there have already been a few simple changes to the bikes. With e-bikers picking more technical lines than the regular MTB rider, the crank length was made shorter within the first season.

This in turn will begin to trickle down to the more affordable section of the e-bike range. Allowing everyone to enjoy the benefits explored at the top end. We may even see more relaxed e-bike events to allow everyone to enter without having to be flat out all the time.

As e-bikes become more popular it’ll be interesting to see how the mountain bike world adapts to accommodate this. As well as watch the further development in electric bikes.