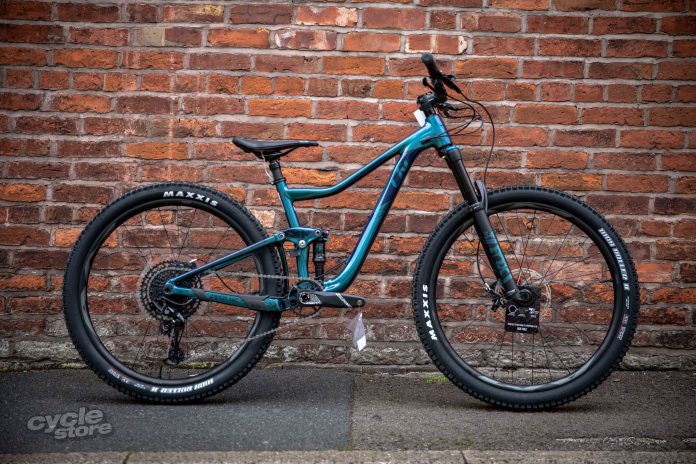 The award-winning women’s cycling brand has been going from strength to strength over the last couple of years. Using a mixture of cutting edge engineering and rider feedback, they’re consistently able to deliver high quality bikes on both the road and MTB scene. We had a closer look at the Liv Pique SX 2 mountain bike. 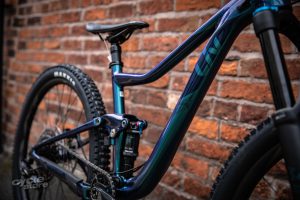 Our staff member Charli had a Liv Pique back in 2017 and it’s safe to say she was a huge fan. The Liv Pique was Charli’s first mountain bike and she didn’t look back. With the mantra “fast up fast down, Pique is the versatile XC trail bike with an affinity for speed”.

120mm of travel and an updated 140-mm fork give this bike a real agility through the descents. Though the lightweight frame mixed with great power transfer let you attack the climbs without feeling like you’re restricted. With 27.5″ wheels the bike is certainly nimble through the corners. It feels stable over the rough terrain, but still playful and sharp. 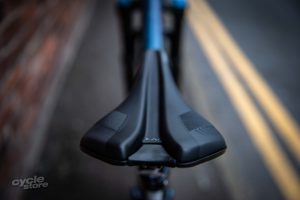 The 2019 version of the Liv Pique SX also comes with a slacker head tube angle giving the bike much more downhill capability. You can really get stuck into the technical trails with confidence not offered by many other bikes.

Coming with quite a high bottom bracket, the Liv Pique SX can offer a slightly uncertain balance point for some riders when you’re hammering through the steeper corners. Though this clearance allows you tackle almost any terrain without issue. Internal cable routing keeps the bike clean & protected. 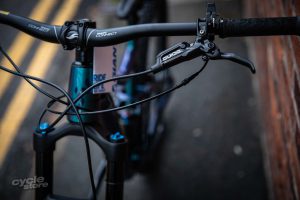 The suspension rocker arm is made from a carbon composite. This offers great weight savings in the bike, but the stiffness and strength gained massively improved the handling of the bike. The ride feels very controlled similar to much larger bikes, without the heavy, dull feeling. 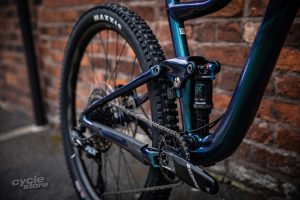 A new green/blue colour scheme is greatly improved from last years “blast yellow”, though still isn’t to everyone’s taste. The darker colours and innovative paint schemes have been selling much better through the Liv range, so it’s no surprise that the feedback on the aesthetic of the new Liv Pique SX has also been positive.

As Liv is the sister company of Giant, the Pique SX is finished with a lot of the Giant components. A contact switch dropper seat post, Giant handlebars & a Giant stem are among some of the components used to finish the bike as well as the wheels.

The Liv Pique SX 2 comes with a lot of features not often seen in bikes at that price point. Available for just shy of £2,500 the specifications of this bike won’t let you down. Comfortable, sturdy & with great handling, the Pique SX is playful on the downhills and firm on the climbs. It’ll allow you to instantly get out & explore the off road world.