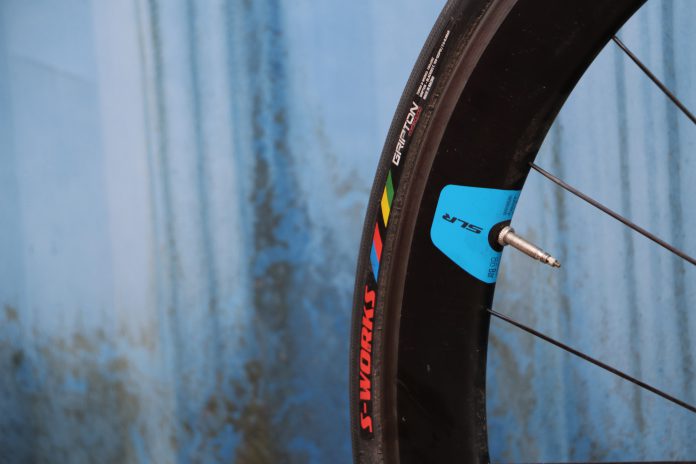 A fast set of tyres is often overlooked in the racing world. With endless amounts of money and research going into frames, wheels, hydration systems, components, it’s easy to forget that your first point of contact with the road is through the tyre. Tyres are going to vary from person to person, discipline to discipline. But over the last few days we’ve been having a closer look at the S-Works Turbo Tyre. 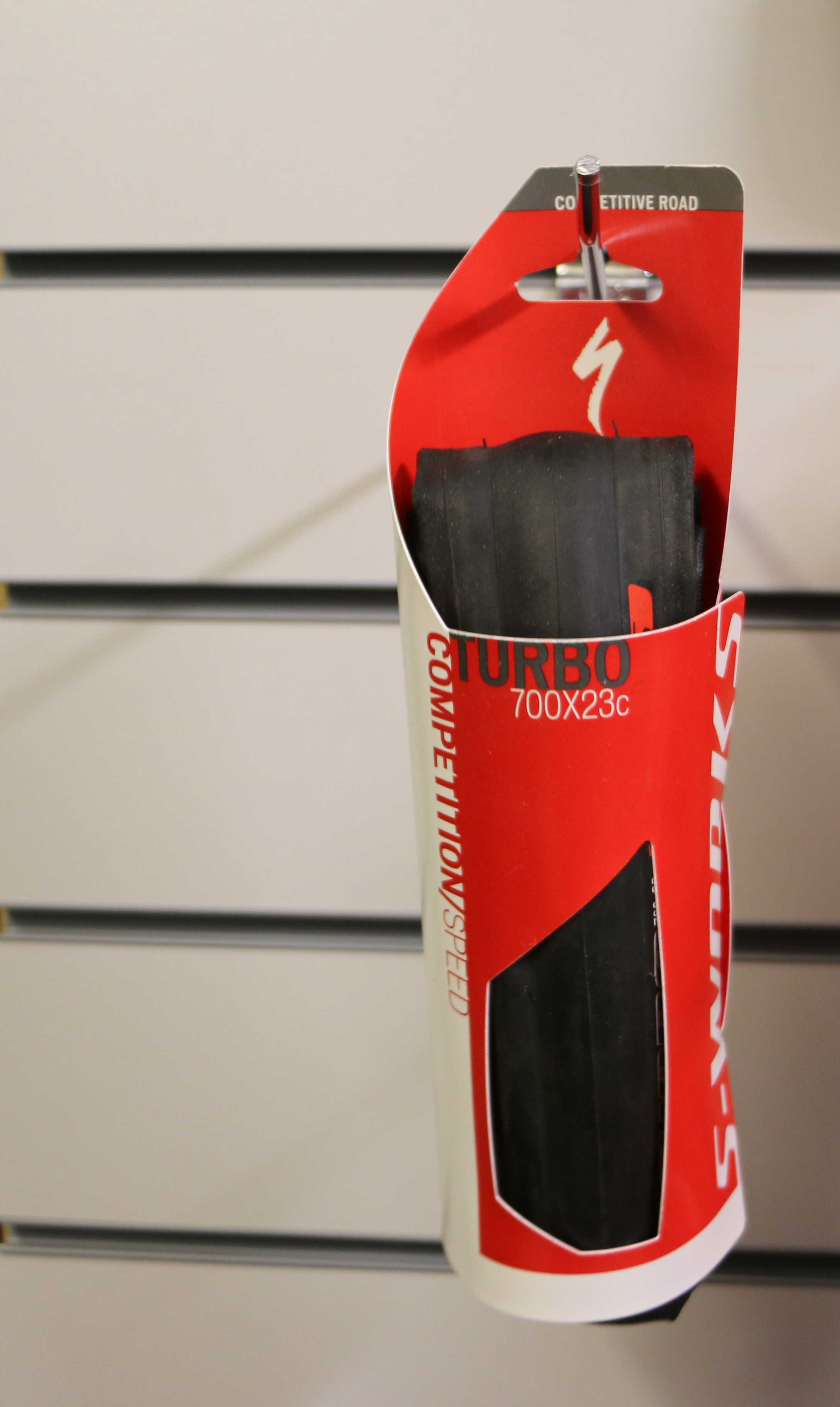 It comes as no surprise that the Californian marketing giants dished the tyre out left right and centre when it was first released to see what results they could gain to prove this theory. They claim the S-work turbo features an extremely low rolling resistance and superior cornering traction’ which in turn helped Michal Kwiatkowski take home Worlds on a rain-slicked attack.

It certainly sounds the part but would this tyre hold up on a test?

Out on the road:

We stuck the S-works Turbos on a TT bike and put them through their paces to to see if they could really handle the heat. And we have to say, we were really impressed with the results. The tyre corners exceptionally well, feeling close and grippy to the road. We can see how Rolling Resistance put the tyre not far behind competitors such as the Continental GP 4000 II. 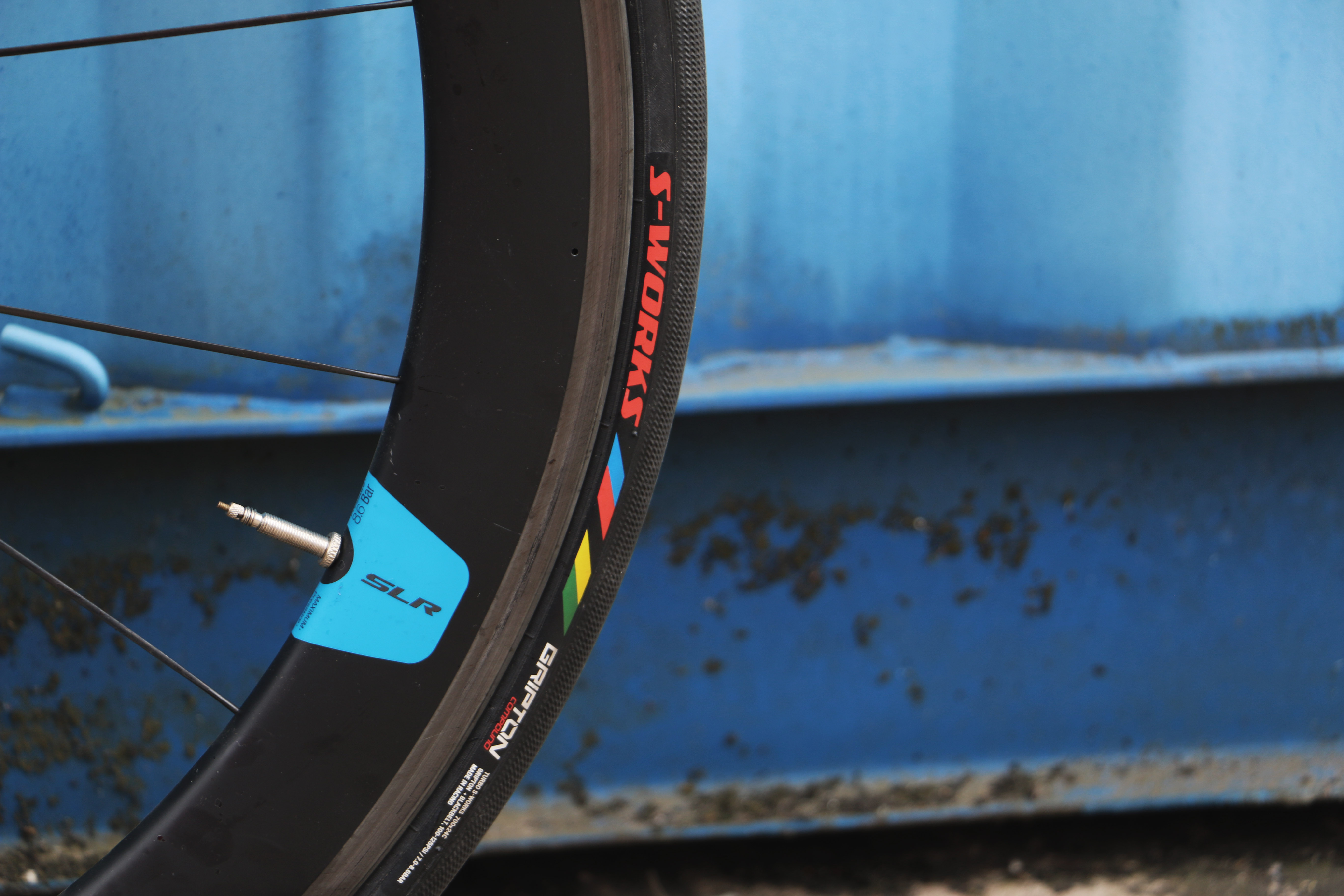 The dual-compound rubber uses a soft 55a durometer rubber on the sides and a firmer 65a through the centre. This allows a lot more grip as you rip into a corner and out the other end. There’s barely any drift at all out of the tyre, they perform almost as well as cotton tubulars – up with the highest standard. Depending on the width the tyres come at 200-240g too so barely add any weight to the wheels.

Claiming that the Specialized S-works Turbo loses up to 3 watts in a test we found it to be smooth & speedy. We’d be happy racing on this tyre knowing that we wouldn’t be losing too much in the way of speed, but optimising control. 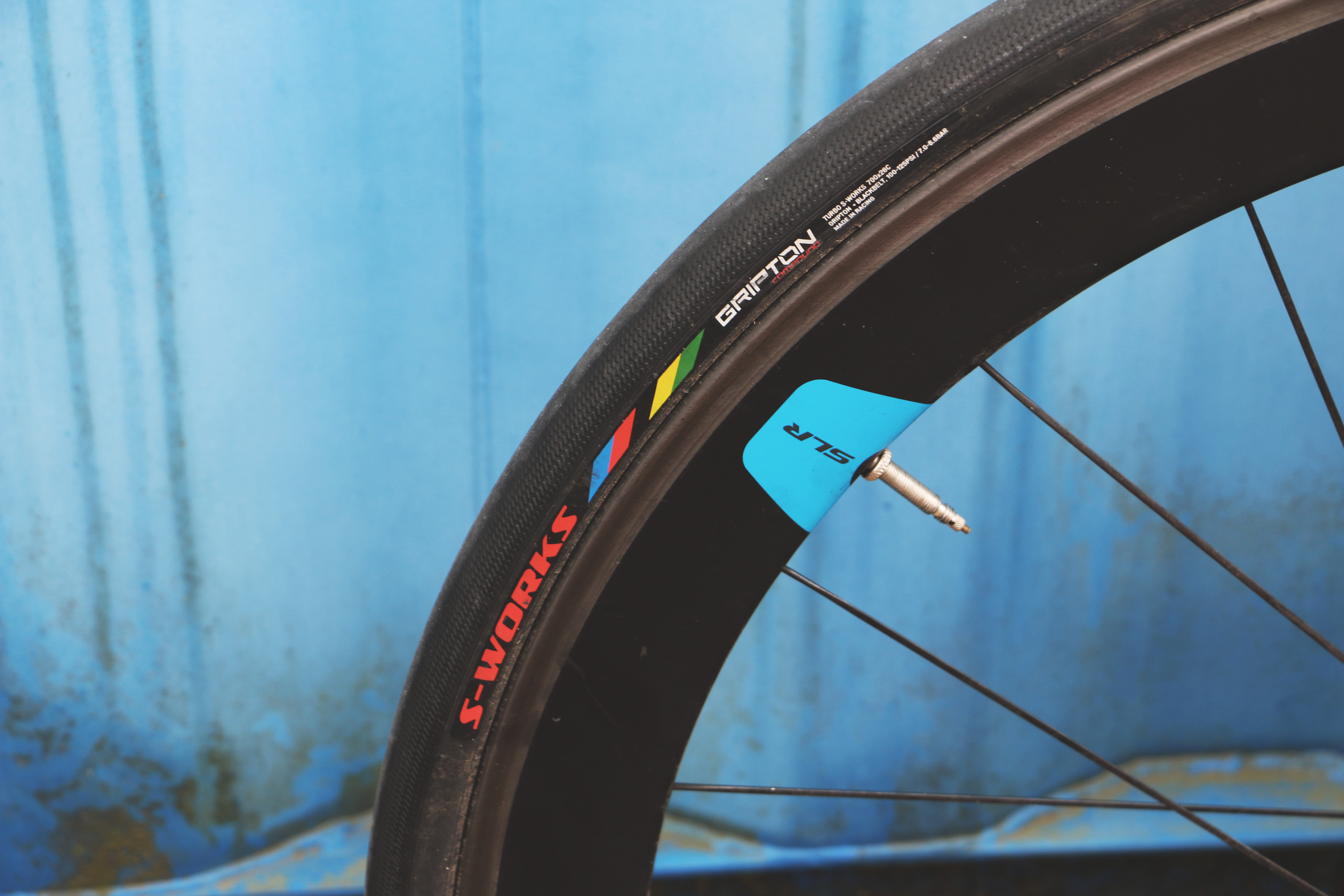 We did around 200 miles on the tyre with no issues of punctures despite some rather gritty surfaces. The signs of wear were limited and the tyre looked as if it could withstand more unlike some of the higher end race tyres. Surviving a mixture of British country lanes and bobbly dual carriageways, we think it’s one of the safer bets if you’re concerned about getting a flat during a race. That being said, we think the S-works Turbo may be a touch fragile for every day training use, we’d be more likely to save them for race day best.

Currently retailing at £32.99 on Cyclestore.co.uk the Specialized S-Works Turbo is definitely one of the best clincher race tyres money can buy. Available in a variety of sizes as well as a tubeless version. If you’re looking to race with the speed & control of a pro right from the box, this tyre would certainly be up on the list we’d recommend. Although be cautious if you’re on a budget and can’t afford two sets of rubber, if you’re after a new training tyre they might not last the duration.