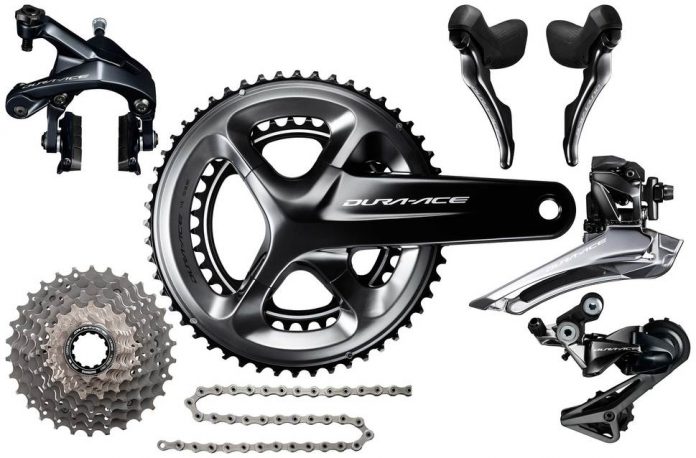 Building a new bike, or looking for an upgrade to the top end, the Shimano Dura-Ace 9100 is one of the best mechanical groupsets on the market. When you’re buying a new bike the majority of the money will be spent on the groupset. Between this and the frame they make up the largest two portions of the bike. A groupset is essentially the gears and brakes on your bike. The higher quality set up, the smoother your changes will be & the faster you’ll be able to stop. Allowing you a much greater control of the bike. Is the flagship Dura-Ace worth the extra cash? 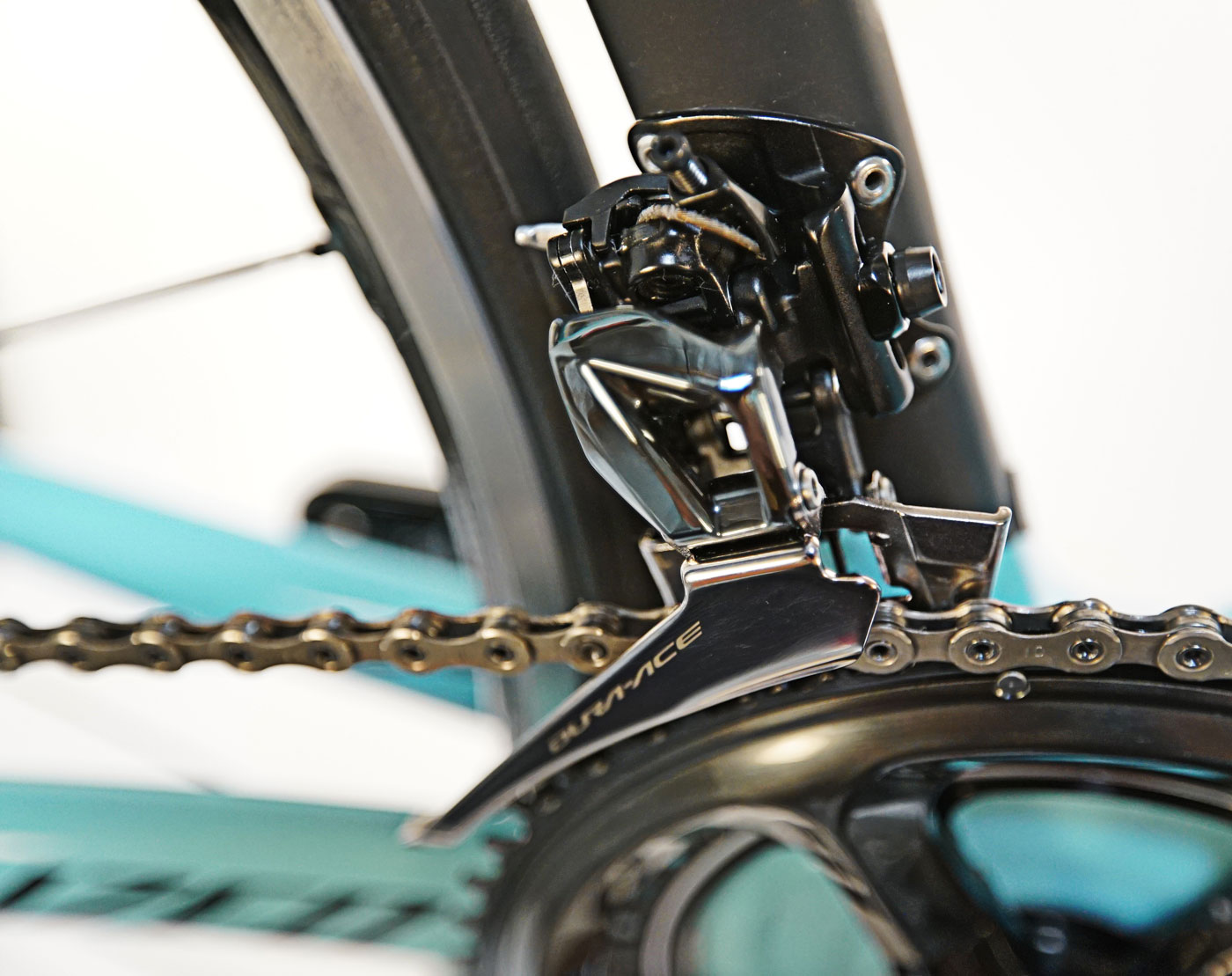 A Shimano Dura-Ace 9100 groupset will set you back £1000. Certainly not at the cheap end of the market, although cheaper than it’s Di2 equivalent. If you’re looking to replace a chain & cassette after a solid few weeks training, Dura-Ace certainly isn’t going to do the bank account any favours. That being said, if you’re looking to save as much time as possible around a race circuit, it could be the one for you.

What’s all the fuss?

For that amount of money you’d almost want the groupset to ride the bike for you, although it’s not far off. The Dura-Ace 9000 was hardly slow or unresponsive, it was one of the best groupsets available, but Shimano have really upped their game again here. Taking an already pro level groupset onwards for the Dura-Ace 9100.

A Shift in Controls. 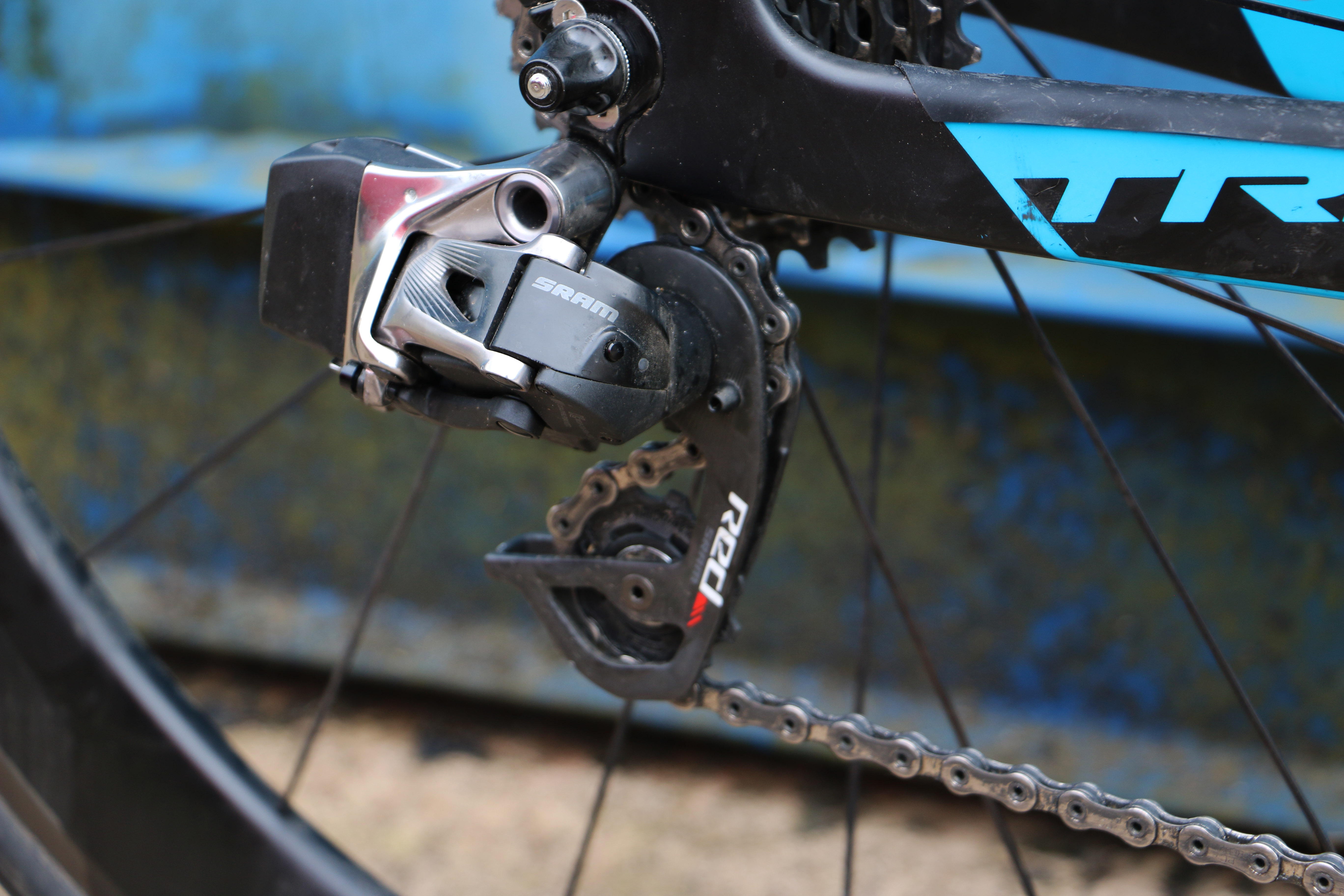 Improved ergonomics on the shifters help with a quicker, smoother shift. Slightly thinner than the previous middle with a larger, more accessible shift paddle on the backside the adjustable reach lever, they’re also covered in a soft material that makes shifting gear easier. A claimed 24% decrease on the main lever, and less significant 14% change on the secondary lever that resides behind. The throw has also been shortened, making all shifts much more compact. It isn’t quite keeping up with SRAM’s Red groupset, but still, it’s a step in the right direction.

The revised hoods are probably the most noticeable addition to the groupset. Wrapped in a new textured material and slightly reduced in size. If you ride without gloves they’re certainly much grippier – especially when damp. This is a great advantage on the previous smooth design that could be quite slippy. 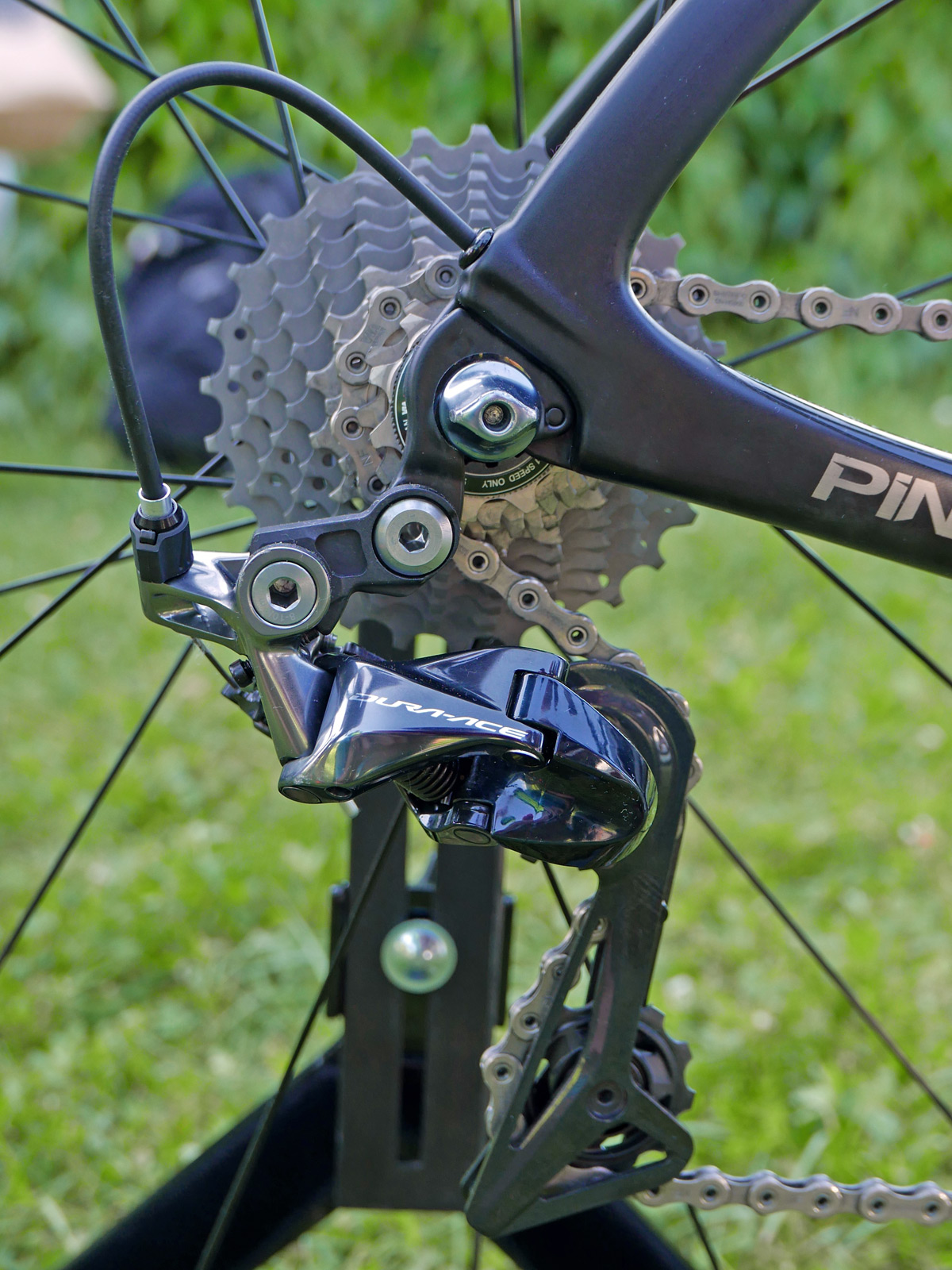 One of the most noticeable features, the new & improved aesthetics. Shimano seem to have grasped the use of aluminium better than any other component company. The shiny polish they add to the exterior really amplifies the sleek looks. It’s more of a throwback sort of look referencing the Dura-Ace 7800 a few editions prior. It has to be said the all black finish suits a lot more frames and wheels in the current market. The aluminium begins to compliment carbon frames. The high end polish it’s just the same as any other surfaces, the difference being that it’s anodised black.  The glossy black will almost match your iPhone aesthetic and the all new angular design replaces the smooth lines and grey/silver finish of the current Dura-Ace 9000 in a very effective redesign.

In terms of the cassettes and functionalities the improvements aren’t as drastic. Still available in 11-speed it’s the Dura-Ace 9000 on a diet. Losing some weight, improving aerodynamics and ergonomics. It’s still an 11-speed groupset, but it’s lost some weight and gained some ergonomic and aerodynamic improvements. The whole groupset has been improved to lean towards thicker tires such as the 28mm found on the new Zipp Wheelsets.

A somewhat elongated pulley cage can now accommodate a 30-tooth cassette cog without having to swap to a separate mid-length cage option. The hard core climbers among you will be happy to see this change.

Another change incorporated due to the growing demand for wide tyres is the replacement of the long arm of the front derailleur. This is now replaced by a cam mechanism making the whole system much more compact. The cables can run a bit cleaner across this and a full outer housing can make it’s way down to the front mech.

Shockingly the new chainset caused a whole host of discussions and mixed reviews, nothing out of the ordinary for a Dura-Ace groupset. It comes with the same Hollowtech II construction although it has a reinforced outer ring and wider arms. This reduces the weight without compromising on any stiffness, not that you’d ever notice. It’ll be available in a variety of options including 50-34T, 52-36T, 53-39T, 54-42T and 55-42T and cranks from 165mm to 180mm in length.

Out the back of the bike Shimano have taken inspiration from the MTB range. The rear derailleur has had a full makeover now looking like more futuristic than ever. Bringing over the Shadow technology with it’s direct mount gives a much lower profile mechanism. This allows much better crash protection and maybe even some aero gains for all you number hungry spinners out there.

Following suit with the other parts of the groupset the brakes can now provide the clearance needed for the thicker tyres too, again up to 28mm. The dual-pivot brake generate a lot of stopping power and control. The aesthetic seems to be improved on the brakes although this could be because the quick release lever has also now been moved. It sits flush with the top arm although this eliminates the middle positions between open and closed. And as mentioned, through all of this the performance certainly hasn’t decreased. In fact, under extreme braking forces the new steel bridge reduces flex and improves the performance aspects.

If we’re comparing the Dura-Ace 9100 to the Dura-Ace 9000, it’s safe to say there’s an improvement, although not a vast one. The Dura-Ace 9000 was already 99% of the way there, and in the quest for perfection Shimano have just began to evolve an already exceptional system. If you’re still steering clear of the electronic groupsets for a more traditional, mechanical set up there’s no denying that this is absolutely up at the top of the market.

Is there still much room for improvement from the Shimano end? We know the engineers and mechanics are always working hard to get the absolute max out of there systems, so we’re excited to see what the future holds. We hope that the investments don’t lean towards the electronic side of the market, leaving the mechanical systems to gather dust over the next few years, until they swing back round into fashion for the peloton, if they can be proved to hold their own.

Although, if you don’t have the money to spray at a new electronic groupset, but still want to perform at the top end of your game. There’s no denying that the Dura-Ace 9100 will fit the bill perfectly.