After the realease of the Specialized S-Works Tarmac, we knew it wouldn’t be long before they released the Tarmac Disc. This all singing, all dancing, race weapon really is the pinnacle of the Specialized range. Weighing in at less than 1kg we were super excited to see how the new Tarmac disc held it’s own in the top end of the racing world.

The Tarmac disc is almost identical to the rim version – in terms of performance and geometry. Specialized have been working on disc brake bikes for over 5 years and believe that allows them to make a disc brake bike that coming with all the aero benefits of a rim brake bike. Complete with power cranks, an ultralight paint job and men’s & women’s versions, Specialized are set to release more models of the bike in the summer.

You can shop the Tarmac range here.

Well aside from the obvious, disc brakes – the bike doesn’t come with anything all singing and all dancing. That being said, we’re still struggling to find some flaws with the bike. The geometry is exactly the same as the Tarmac Rim and it uses Specialized’s new shared platform geometry that comes from the Retul data they’ve collected. The chainstay on the Tarmac rim varies between 405mm and 410mm depending on what frame size you buy. The Tarmac disc has a 410mm chainstay across all of the sizes. 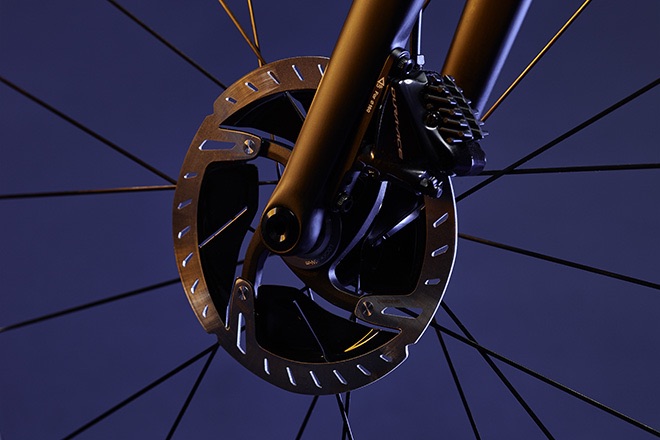 Another of the most anticipated new releases with this bike is the new S-works power meter. This carbon arm can give you all the balance data you need whilst out riding. The bike also comes complete with Shimano’s top end Dura-Ace 9170 hydraulic/Di2 groupset.

The Tarmac Disc Ultralight weighs roughly 6.65kg (excluding pedals) – including the new S-works power cranks. This is only 300g heavier than the disc version. The frame can come as light as 800g in a 56cm if you get the ultralight paint job. The forks are just shy of 340g but Specialized claim this is because weight wasn’t one of the major factors when designing the forks. Stiffness and aerodynamics were at the forefront of the engineering, meaning this fork is claimed to out perform any other. With impeccable handling, Specialized believe they’ve really cracked the code in this department.

With no changes in the stiffness or handling between the models, it’s becoming a clear choice which is going to be the favoured ride. They’re from the same lab, designed with the same philosophies focusing on the same performance aspects.

Similar to other top end Specialized bikes, the frame is identical for both the men & women. This comes from the bike fit data gathered by Specialized – with the complete bike being where the differences are. The differences come in the form of the saddle, bar width & crank arm length with these all being gender specific. 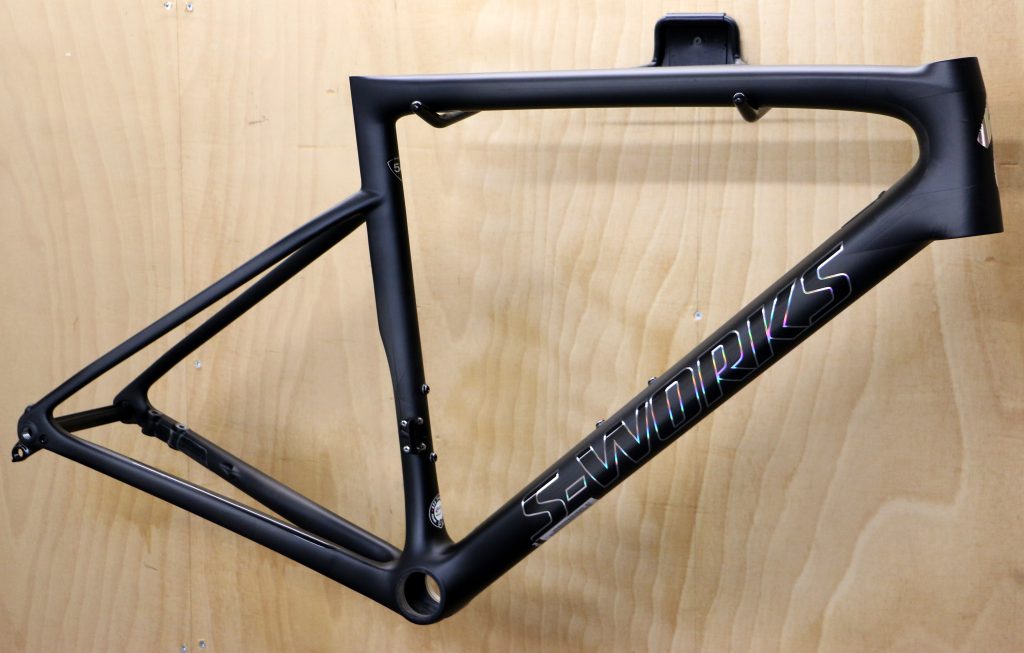 The bike can accommodate tires up to 30mm wide although original comes with a 26mm Turbo Cotton tire. It will be interesting to see which tires the tour teams use this year with the bike.

Keeping it in the Family:

Apart from the Shimano grouping, everything else about the bike has been manufactured by Specialized. This is a shift we’re seeing across the main manufacturers where they’re starting to bring their components in house.

With the acquisition of the Retül fit brand, Specialized can really hone in on the minor details of the bike. Saddles, bars, stems and shoes are all considered when trying to find the perfect geometry. 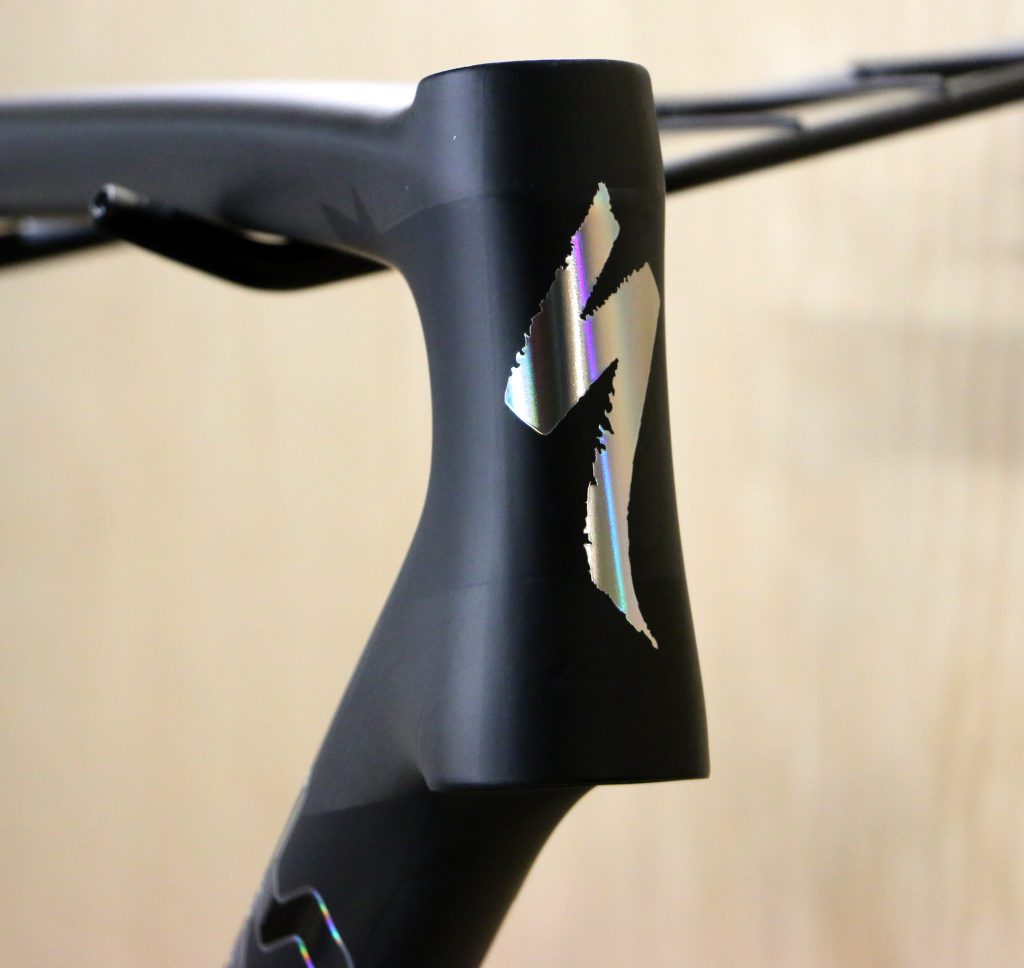 With the new s-works stem, a carbon shallow bar and tarmac seatpost – the components really stack up against the best in the business. The slightly flattened bar just allows some extra comfort under the hands eliminating any pressure points. And when you mix all these parts with the Roval CLX50 carbon clinchers, it’s clear specialized have engineered every detail of this bike for the perfect combination of performance, comfort and efficiency.

Although subtly released at the Tour Down Under on the bikes of the Bora-Hansgrohe team – under a not so subtle massive Specialized S… the Specialized Power meter has finally been rolled out to the general public. 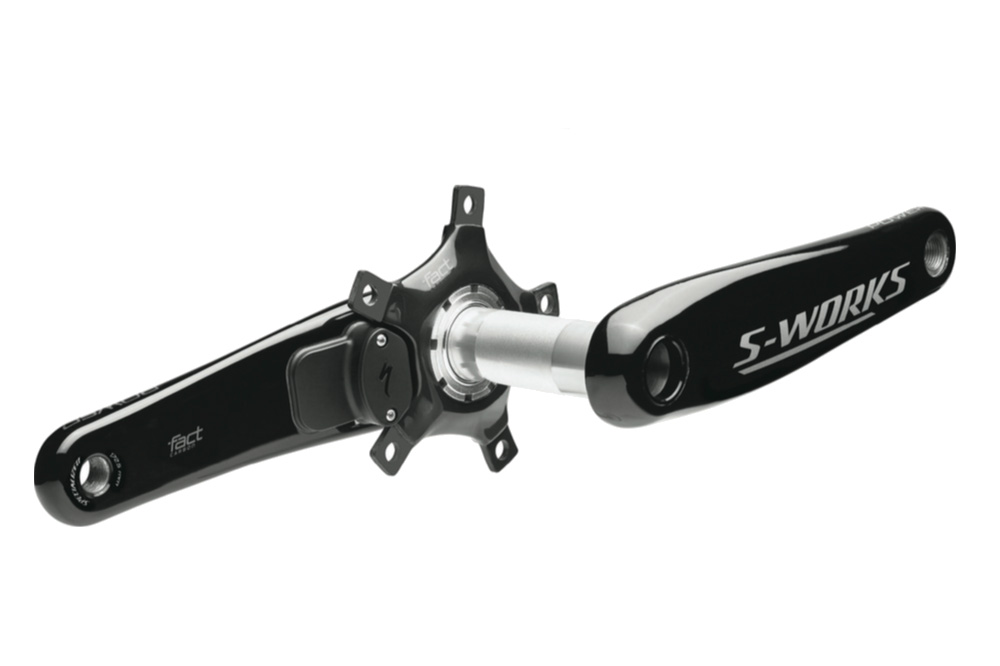 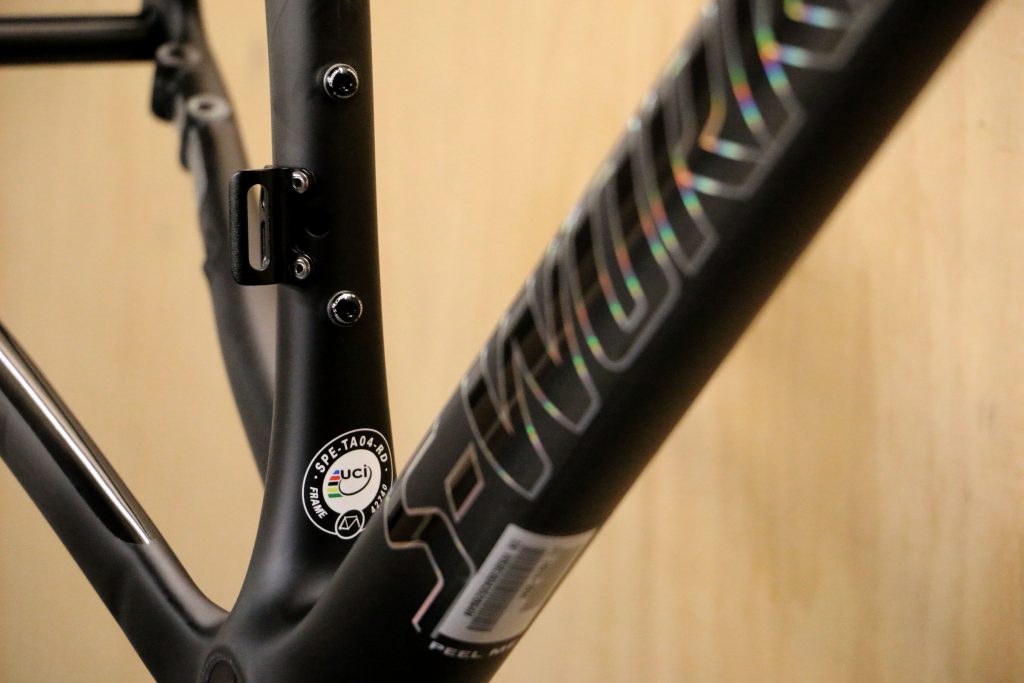 Available in four models with a variety of prices, the most expensive retails at £1200. Coming pre-fitted to the Tarmac Disc, the power meter is dual sided with a small pod on the inside of the none driveside crank and one in the chainrings. It is available with 165mm cranks through to 180mm. The single sided version of the power meter retails at half the price, and there’s even an Ultegra R8000 single-sided power meter upgrade kit, which much like a Stages power meter and measures power on the none drive side.

The marketing team at Specialized claim that the power meter is the lightest available. It tips the sclaes at just 440g for the 172.5mm crank length. Though no expense has been spared to achieve this weight, the power meter is completely weather sealed so it can be cleaned & maintained efficiently.

If money isn’t an obstacle and you’re looking for a top end race bike that tics all the boxes, the Tarmac could be for you. It’s the complete package of a race bike with a real understanding of the riders needs. No expense has been spared in the engineering of this bike and we’re incredibly excited to see where Specialized go from here!