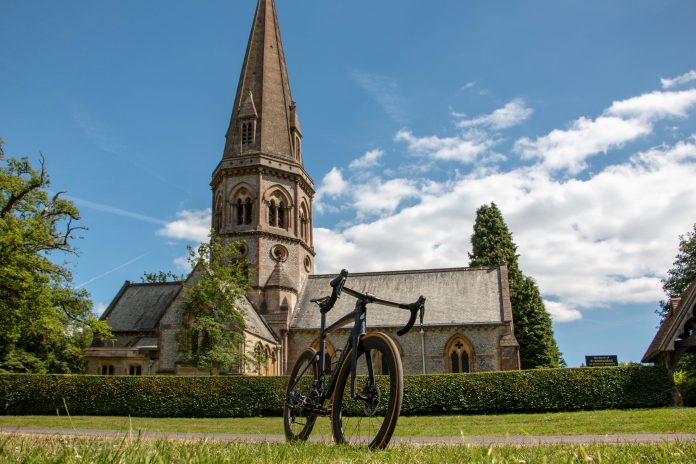 It’s finally landed, the all new Specialized Venge. And it’s every bit what we expected it to be. One of the most anticipated bikes of 2019, the S-works Venge is an all out aero race bike stripped back to its purest form. 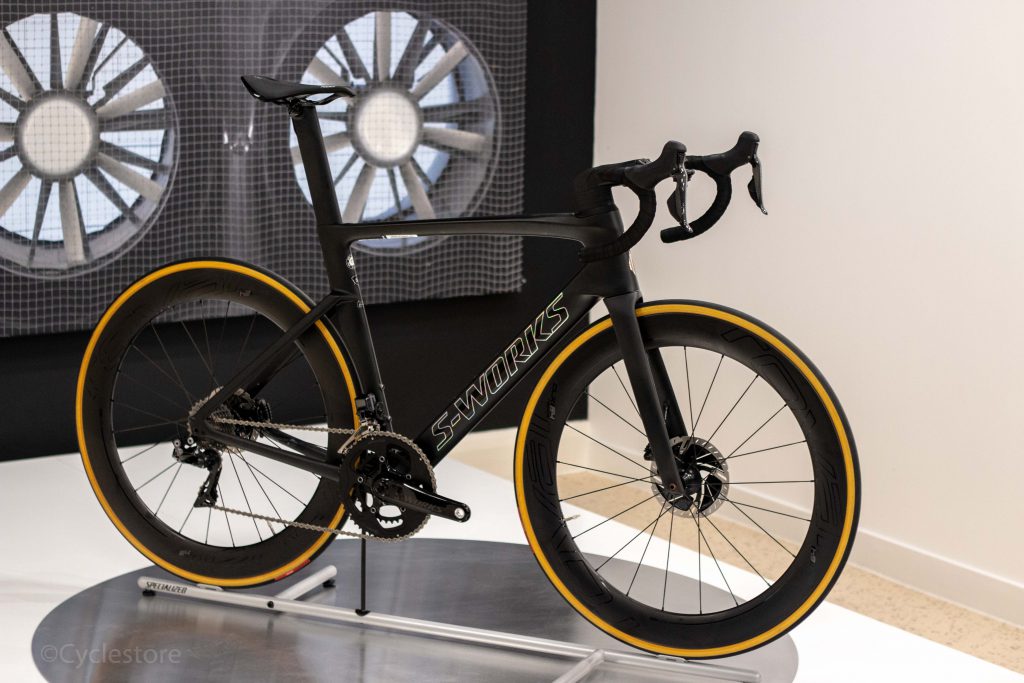 7 years on from the release of the Venge, first ridden at the 2011 edition of Milan-San Remoby Mark Cavendish to great success, the new model is a real game changer. With the tag line “aero is everything”, that doesn’t quite do the bike justice. The transformation this bike has made really will see it up there as one of the worlds best GC bikes. 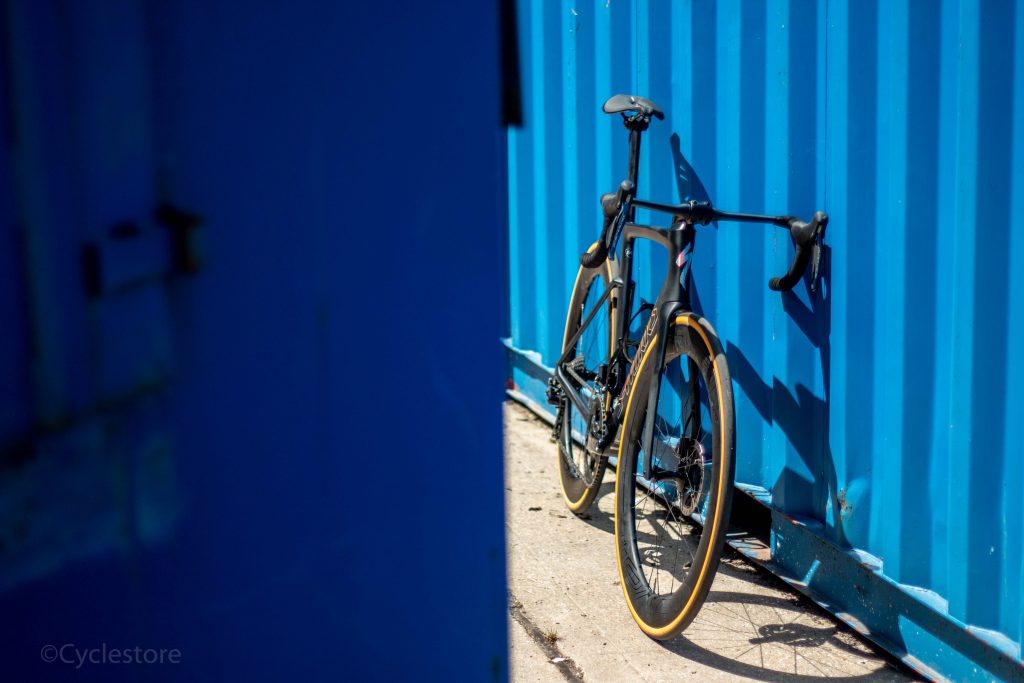 The previous edition of the Venge, the Venge ViAS, was the most successful aero bike in history on the road circuit. Claiming over 20 race wins and World Championship titles. The third generation of the Venge comes complete with improved handling, a 20% weight reduction and all the stiffness you’d want. Available in two models, the S-Works Venge Disc & the Venge Pro Disc. 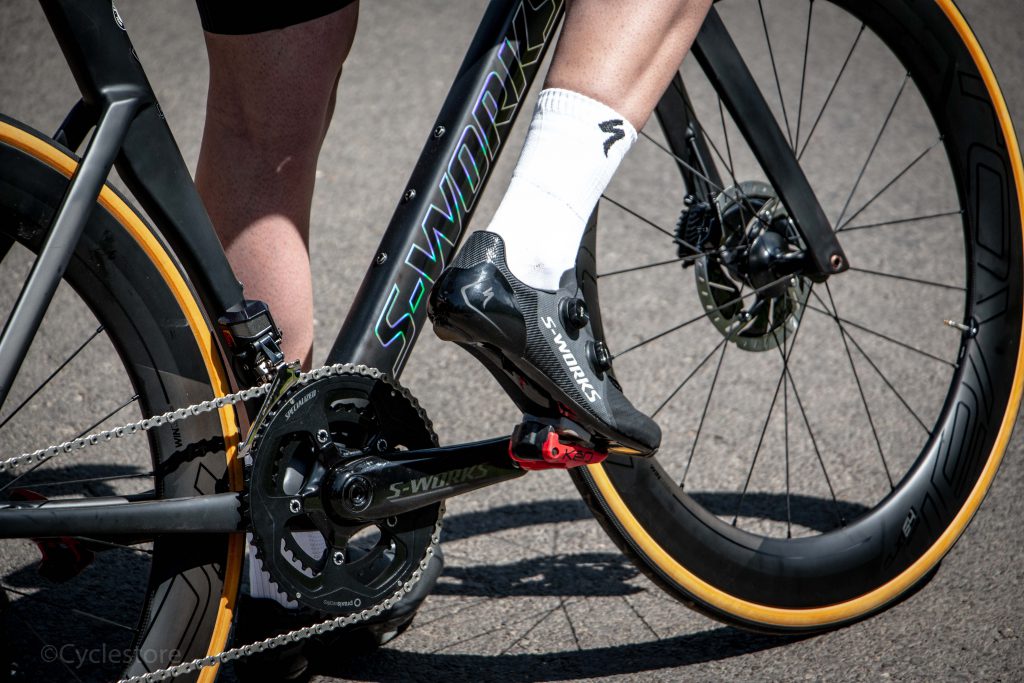 Specialized have worked tirelessly to engineer a bike that has been stripped of any unnecessary weight, whilst maintaining top level aero dynamic performance. What they’ve create is a back that will perform better on the flat terrain, with a huge saving up into the mountains.

The new frame is lighter than the first ever S-Works Tarmac SL5 disc (that’s light). It weighs roughly 960g in a size 56cm. When you throw on wheels, Dura-Ace Di2 and the rest of the accessories and parts the bike tips the scales at a mere 7.1kg. With the Venge Pro model weighing in at merely 7.45kg!

The bike is claimed to be 8 seconds faster over a 40km TT than any of it’s ancestors. To match the 460g saving seen on the bike. 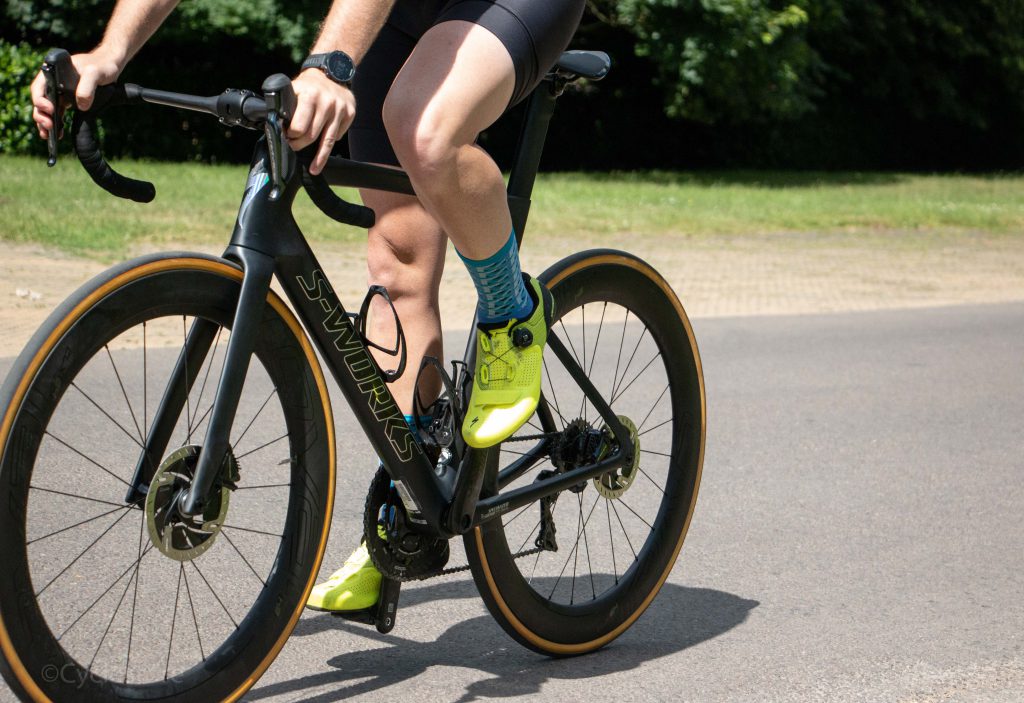 All the Venge sizes are rider-first engineered. Using a phenomenal amount of data collected from riders and Retul Bike fitting, each size is engineered separately to offer a different feeling between the sizes. Using almost 40,000 retul data points from males and female riders Specialized have concluded that it really is a one frame fits all out there. It was often the case that riders such as Nibali found the bigger bikes to be quite flexible and Contador found the smaller frames far too stiff. Problems like this have now been ironed out. 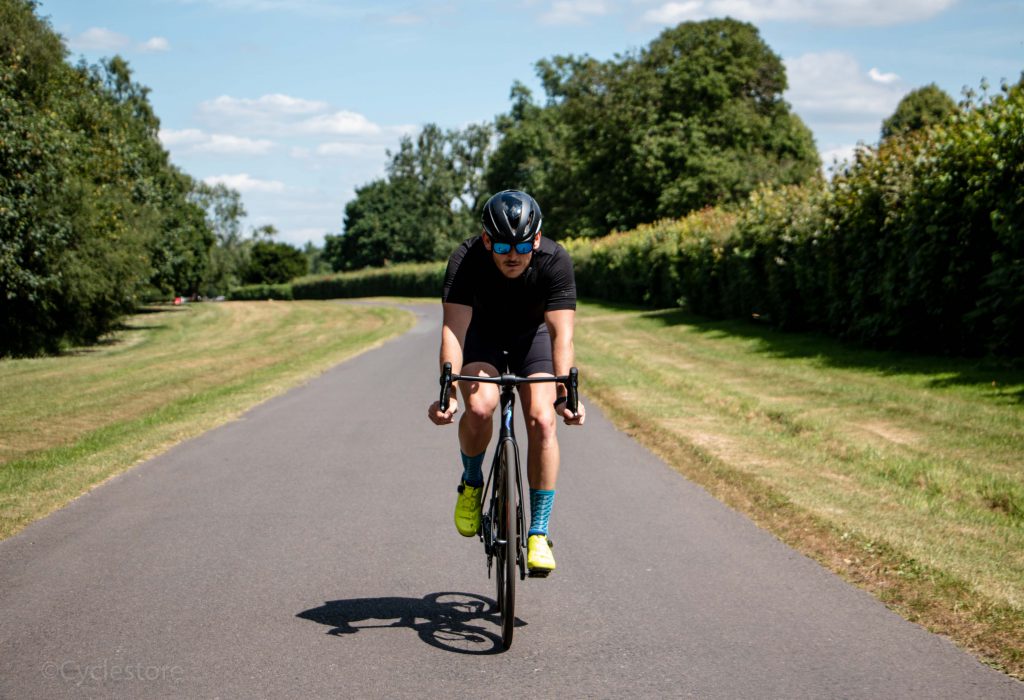 The new Aerofly Handlebars have also been launched with the bike and will retail at £239.99 as an aftermarket extra. The bike has a very slight 6 degree rise which is much more conventional. Available in 4 different widths the stem can also be chosen to suit you. There’s a bar fly that has been specifically designed to fit garmin or wahoo computers as well as a GoPro.

Specialized have even considered the aero dynamic factors of bottles. You’ll notice there are 3 holes to fit bottle cages instead of the usual 2. This is due to the fact that running one bottle on the front is more efficient lower on the bike, but the bottle needs to be raised if there are two to maximize aero efficiency. 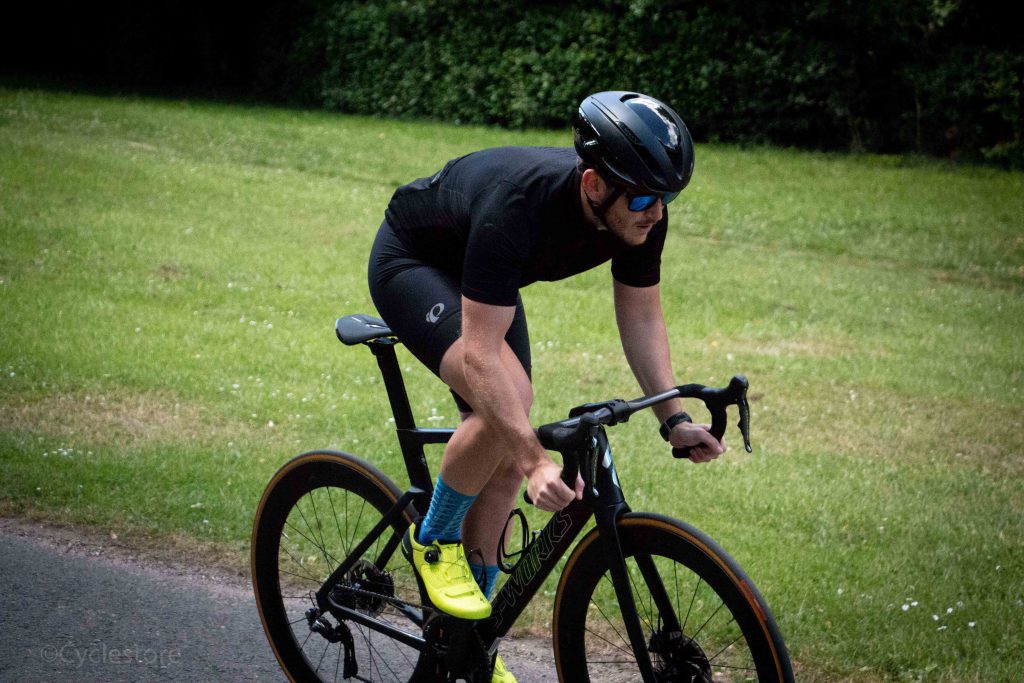 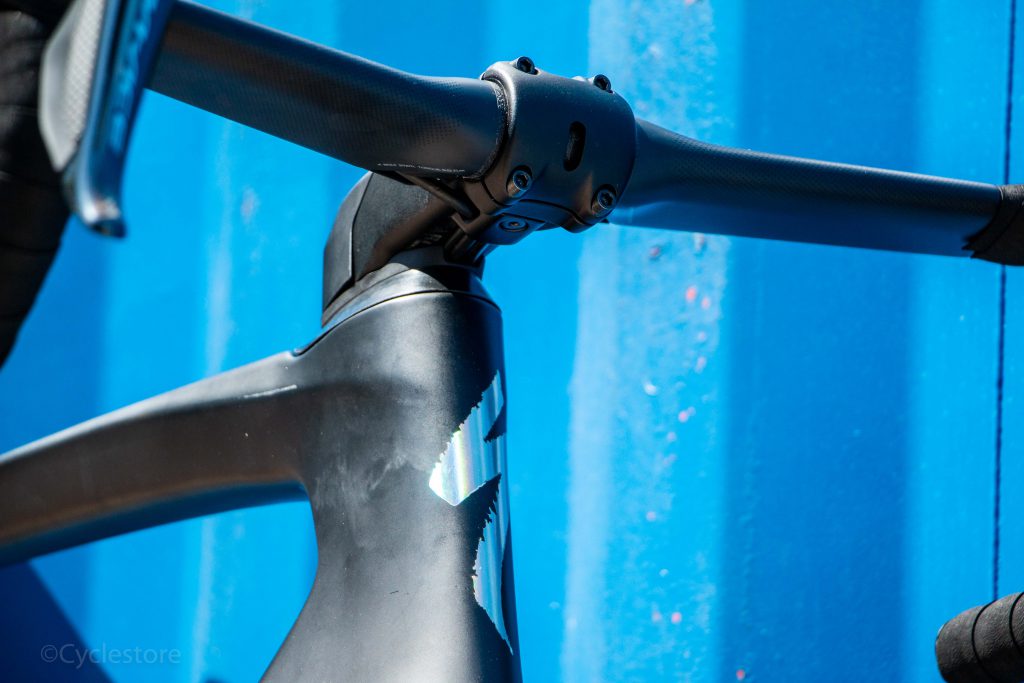 Although the frame stack and reach aren’t quite the same as the Tarmac, the fit is actually identical. The Tarmac SL6 and Venge have the same lowest stem position. The seatpost on the Venge is available in two offsets and lengths so you really can find a fit to suit you. 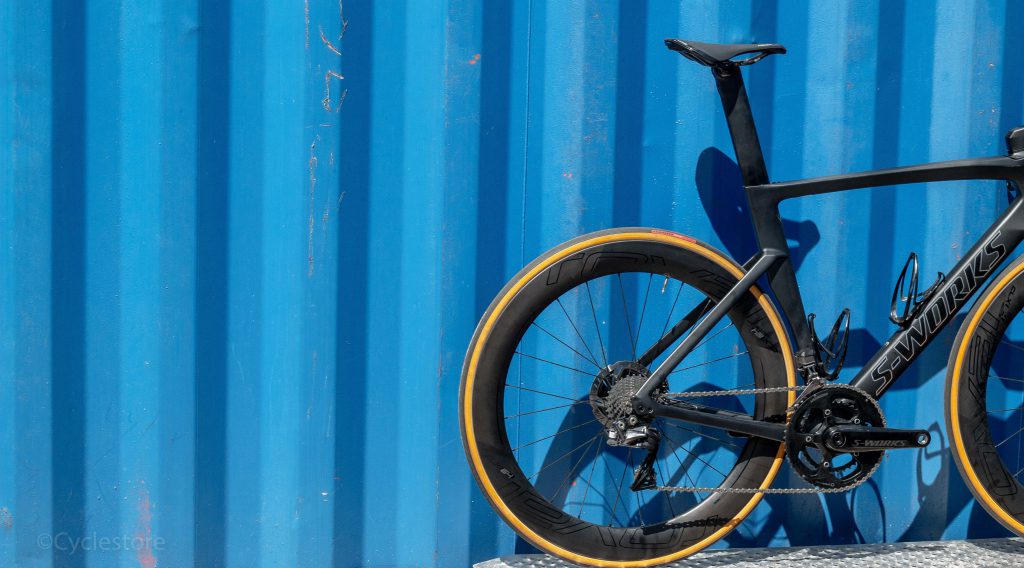 Specialized have also ironed out the issues with building the bike. The new Venge has an updated stem/bar so that it can be used with any other stem/bar combination on the market. The internal cabelling issues have been resolved and a neat new wiring solution makes building the bike as easy as the tarmac.

Although you might notice that this bike is ONLY available in electronic shift/drive train systems. The Di2 junction box has been moved into the seat tube of the bike. This stops any issues if you knock the handle bars of the bike. It’s neatly tucked away out of trouble and can be easily accessed should you need to. And for all the number crunchers, all the bikes will come fitted with Specialized own dual sided power crank.

Along with all this the bike has enough space to fit a 30-32 tyre, despite the fact it comes fitted with 26mm. Specialized have made a small nod to the all road riders that love to take the frames exploring. There is plenty of clearance for you to fit whatever you like should you need, not limiting the bike to tarmac. 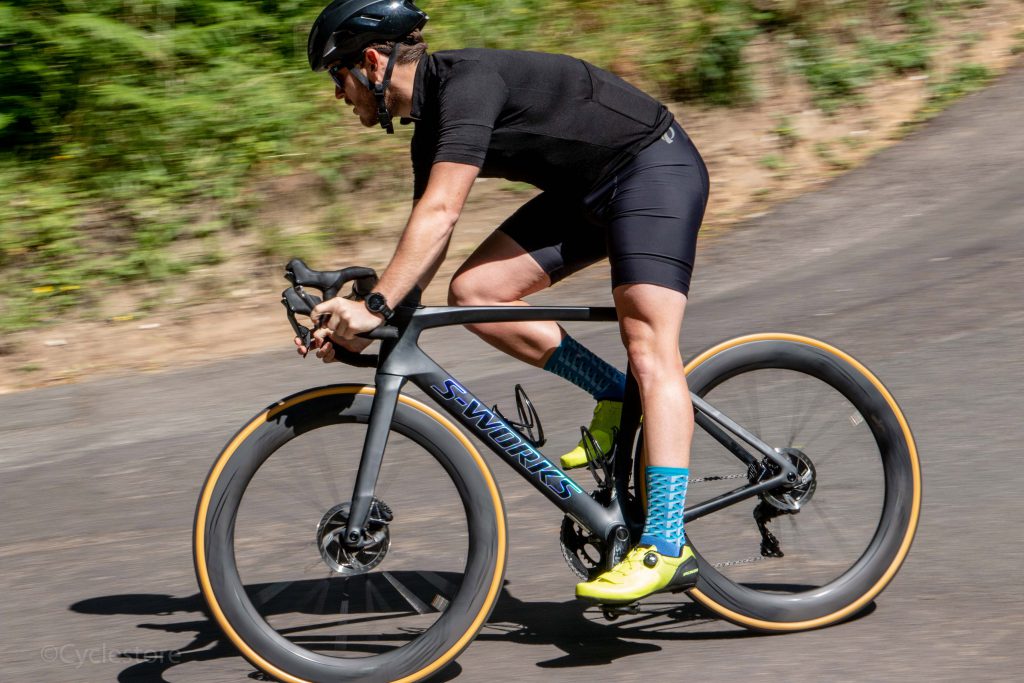 With a small drop becoming available this week, the majority of the bikes will be dropped into the market in August. So unfortunately we’ll have to keep pining over them until that day! 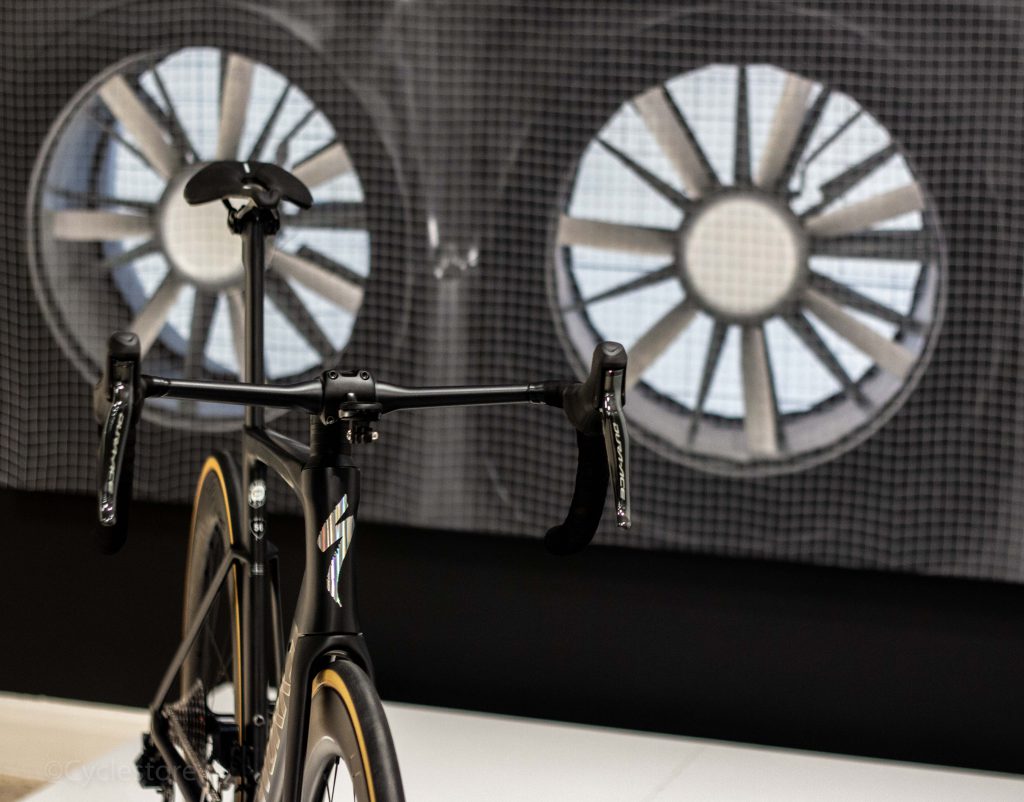