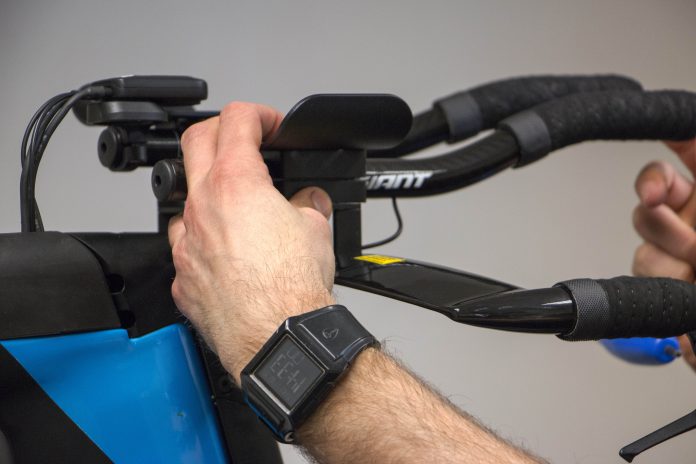 Alex from Fulcrum Events, recently came to see us for a bike fit, having ridden bikes off all descriptions and in all disciplines for many years and working within the industry for all of his “adult life” he though his position was pretty good but was constantly injured – after an afternoon with Shad he penned his thoughts….

In a world of Yaw angles, free speed and marginal gains it would be far too easy to be swept along with all the marketing and lose focus on what actually makes us faster on the bike.  Now don’t get me wrong, I’m a big fan of progress and design but also like to think myself as a bit of a realist.

If all the stats put out in the press releases were to be wholly believed I could buy myself a new aero helmet, some slinky shoes & long-cuffed gloves, maybe a pair of tyres with a mystical rubber compound with a special acronym and suddenly become 5 minutes faster over an hour, buying time and saving watts with every purchase…. But we all know that aint gonna happen.

THE IMPORTANCE OF BIKE FITTING IN CYCLING.

The tightly controlled figures that these top end bits of kit are tested to don’t really translate to our real world experiences.  Wind speed and direction are not constant, the road surface is often crappy and I do not ride at a steady 40kph all day every day.  That’s not to say the benefits aren’t there (they’re more likely to become apparent if I was a Pro Tour rider and not a local race chopper) I just prefer to think of them in the same camp as MPG figures for new cars – you’d use them for comparison but never expect to see those results out on the road.

New stuff is great.  Buy it.  There will be benefits, whether real or placebo.  Just don’t expect to be transformed into a riding god.

Now then, what if there was something you could pay for that would give you actual tangible benefits in the real world?  That’d be pretty natty, eh?  Recently I did a bit of an experiment on myself.  It’s that time of year where I and many others start thinking about getting back up to speed for the new season.  To help get a bit of focus I did some testing with BikeLife coaching, the results of which were a little disappointing but at least there was plenty of room for improvement.

A RETUL BIKE FIT – WHAT TO EXPECT.

Then I underwent the same testing protocol one week later and gained a 6% increase in one minute maximum power.  6% is big.  The likes of Team Sky would send unmarked packages all over Europe for a 6% improvement.  That’s not marginal, that’s a pretty darn hefty gain.

So what had changed?  Well, in terms of equipment – nothing really.  Physically there wouldn’t have been enough time to see any benefit from training either.  What I did do was get a fresh Retül bike fit with Shad at Cycle Centre.

I’ve been riding and racing bikes for many years so my position on the bike was pretty reasonable but the tweeks and adjustments made meant that I was noticeably more biomechanically efficient.  The motion capture features of the Retül system make it easy to see what effects the small changes can make to your position and pedalling dynamics as well as accurately recording the measurements for the desired position.

But it’s more than just a fancy tape measure, the fact that Shad knows his stuff is critical.  A well rounded knowledge from many years riding (and getting injured) is coupled with quality training and experience.  It’s the knowledge of the fitter that is key which is then complimented by the equipment.  Not all bike fits are equal – just tapping some arbitrary measurements into a programme that throws out some fit numbers is not the same as working with someone with a real understanding of the body and the demands bike riding puts on it.

So, what’s the summary?  Do I think you should stop buying the latest and greatest parts and accessories?  Hell, no!  They’re awesome.  But I would certainly recommend prioritising a portion of your spend on a professional bike fit.