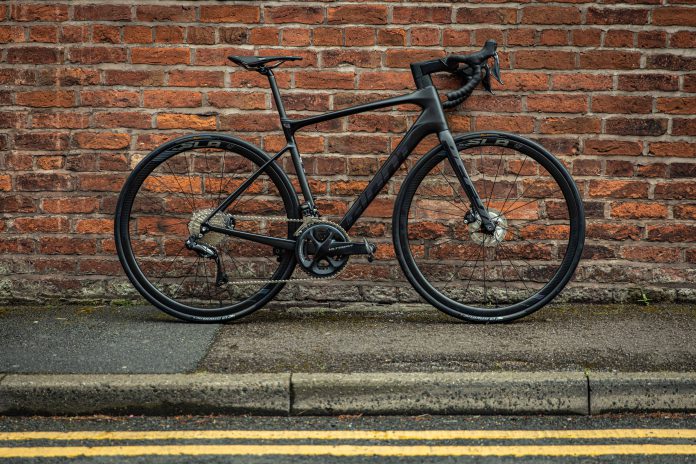 The Giant Defy is aimed at the endurance/sportive rider. Engineered to be comfortable over longer distances whilst remaining both efficient and fast. The Giant Defy comes with a slightly shorter top tube than the equivalent TCR’s and have slightly taller head tubes to take away some of the pressures from your hips/lower back. Adapted in 2015 to really hone in comfort – the new Defy comes in three options and the Advanced Pro 0 is right at the top of the range. 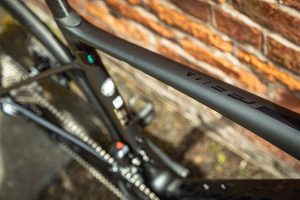 Well priced, understated & regularly at the top of tests, Giant have been getting it right for a number of years. It’s no surprise that they’re the World’s biggest retailer of bikes. You may have seen our blog post on the Giant Bicycle company earlier in the year. If you missed if you can catch up here. The Giant Defy is the top selling road range, and you’ll soon see why! 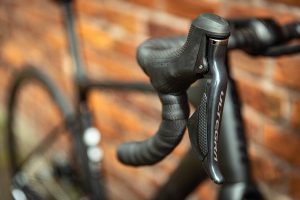 This all-new high-performance bike is handcrafted with Giant’s Advanced composite and specifically engineered for endurance road riding. With the perfect blend of stiffness and compliance it delivers a smooth fast ride quality for your longest hardest rides. Its innovative technologies include a D-Fuse composite seat post and Contact SLR D-Fuse composite handlebar specially shaped cockpit components that work as a system to add compliance and reduce road shocks and vibrations. 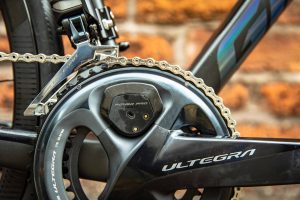 The frame is also integrated for disc brakes with flat mounts and 12mm front and rear thru-axles plus clearance for high-volume tyres up to 32c. The oversized and tapered OverDrive 2 steerer tube boosts cornering precision while the MegaDrive downtube and PowerCore bottom bracket deliver precise handling and class-leading pedalling efficiency. 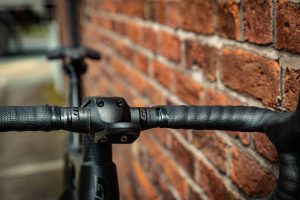 Aimed at the “every day” rider, it’s nice to see a specification that reflects that. Even it is pitched more at the faster end of the user spectrum. The Defy is often the guinea pig to showcase the companies new technologies in a slick, more affordable package. The Defy was the first mainstream bike to go disc only and was the first to showcase the D-Fuse seat post design which has influenced a lot of the rival companies new seat post designs. 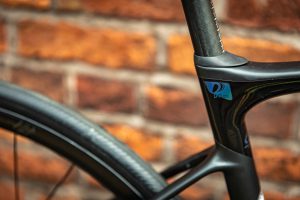 Giant have now taken the D-Fuse seat post technology a step further and applied it to the handlebars. Stiff when the handling is important, but flexible enough to absorb any bumps in the road. It’s a difficult balance that Giant have struck excellently. The way they managed this is orientating the shape of the oval profile to flex when it is pushed from a pot hole or a bump in the road. But it stays perfectly stiff when you’re tugging away at the bars. Giant claim that the handlebars are a huge 30% stiffer than their previous handle bars.

— 7 THINGS YOU WERE NEVER TOLD ABOUT BECOMING A CYCLIST — 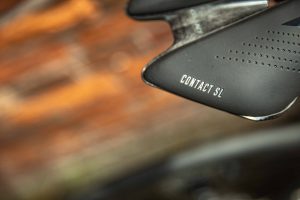 Taking a leaf out of the propels book, the Defy now runs the cables out of the bars and across into the junction box just behind the stem. This is then hidden by a neat cover to keep the aesthetic clean and tight.

Now the Defy can take up to 32C tyres thanks to the newly reshaped frame and fork profile. This means that you don’t just have to use the defy for all out racing, you can commute, sportive and tackle the less extreme gravel rides all on the Giant Defy Advanced Pro 0. The bike comes fitted with tubeless 28c tyres on their SLR-1 Disc carbon wheel set. As always Giant provide their own components to ensure the quality is high and the costs are down. 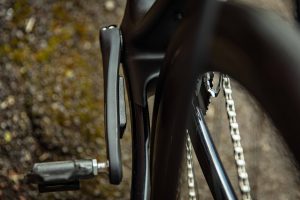 The frame of the Defy Advanced Pro 0 is still chinky as we always remember. Giant claim that as they’ve focussed on comfort without compromising performance, they’ve managed to offer a pedalling stiffness identical to that of their Propel. It’s nice to see as the road cycling world moves towards aero dynamic everything, Giant have made a clear decision to focus on comfort and performance.

An XL for the larger riders was long overdue so it’s nice to see Giant have finally engineered the Giant Defy Advanced Pro 0 in this size. The bottom bracket drop is now 75mm instead of it’s previous 70mm. This gives the bike much more stability into the corners, it feels more reliable. Though the head tube angles have changed to slightly impact this. It certainly looks set to be more agile than it’s predecessor at it moves more towards the handling of a TCR. 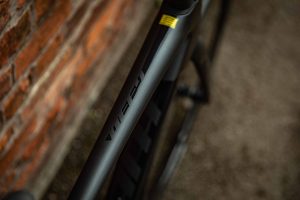 With the Giant Defy Advanced Pro 0 being right at the top of the range it comes fitted with the new Giant power meter. Dual-sided and with great accuracy, this is set to be a real game changer in the power meter market. And to keep it cheap it was developed, designed and manufactured all within Giant. 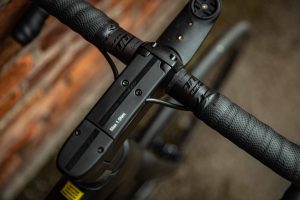 It’s easy to pair up with Giant’s Neostrack GPS computer, or your Garmin/Wahoo unit. They claim that the battery life is around 150 hours, but what’s better, there’s no awkward cables or battery replacements to charge it up. It’ll indicate when the power is going down, and you can clip on the magnetic chargers easily, anywhere! Giant have a ridelink app to give you a detailed breakdown of the power meter similar to the SRAM Quarq app. Though only currently available on the top bikes of the Giant range, it’s rumoured that Giant will roll it out to the mass market in 2020.

This really is a market leading bike. With in house components Giant can offer a world class specification at an affordable price. Yes, it’s certainly not cheap, but it’s worth the investment at almost half the price of some of it’s rivals. We’ve always loved the Defy and could always see why it’s the companies best selling road bike. The Giant Defy Advanced Pro 0 is no exception to the pedigree!