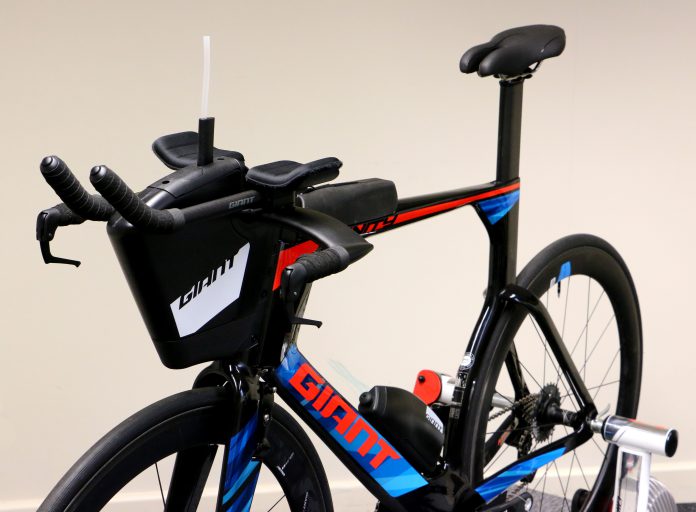 With last years Trinity Advanced being a smash hit, we were super excited to see how Giant had adapted and improved their top end time trial bike. We saw Tom DuMoulin ride it to world championship time trial victory, but Giant didn’t stop there. Striving to push the top level among bikes like the Speedmax & the Shiv, it’s certainly in full contention. 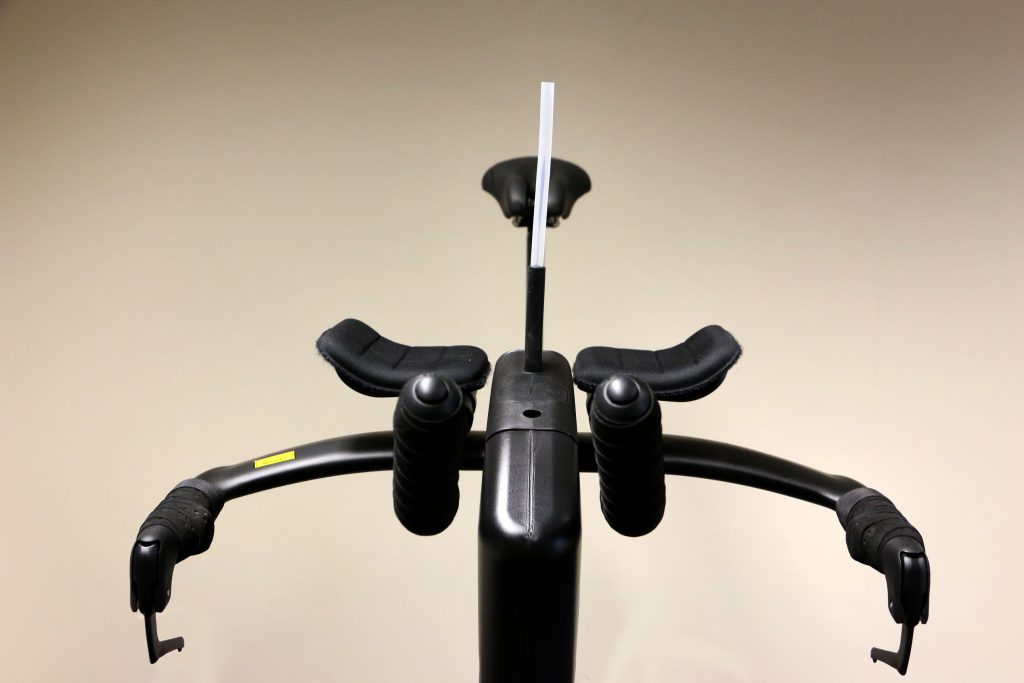 There were a few jarring things with the 2017 version. The hydration system didn’t quite fit, the bar extensions were too flat putting the wrists in a really uncomfortable position and any thought of a power meter had to be added on top of the expense of the bike. But we’re ecstatic that this year giant have fixed almost all of the problems!

Giant have updated the front end to make sure the hydration system fits better, giving a bit more clearance above the wheel. They’ve got rid of the mountain of stack under the arm pads and raised the height here. Giant have still focused in on the minor details that are going to give you the biggest aero advantage. If you’re a triathlete they claim that the hydration system actually makes the bike faster. So whether you’re going to be drinking or not, it’ll be saving the watts. 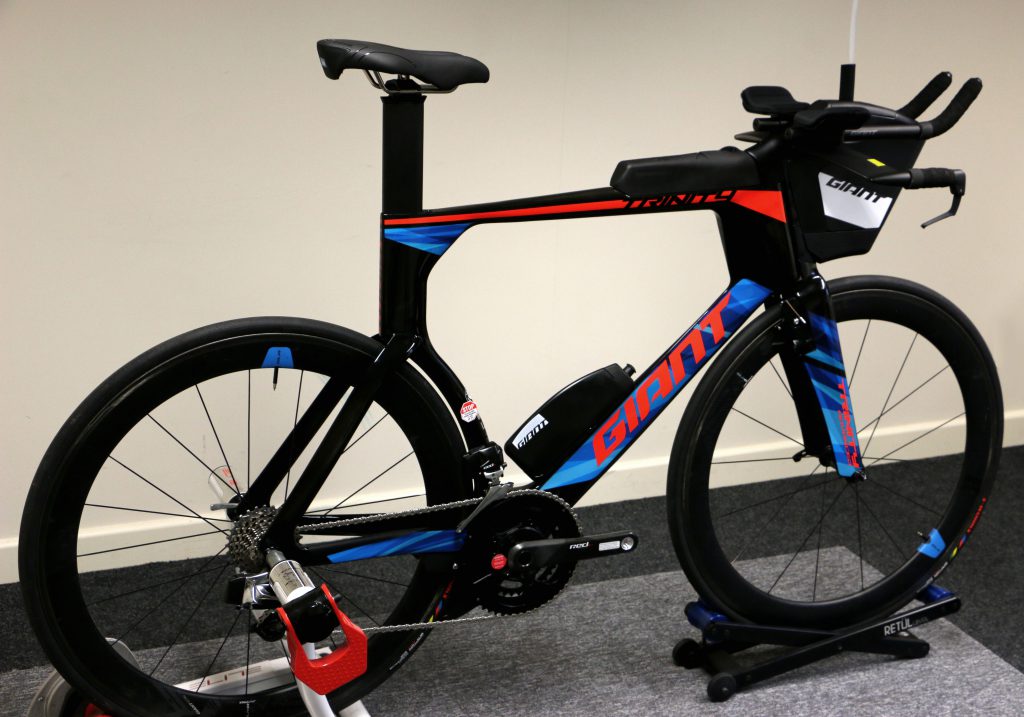 By sending the Trinity back to the wind tunnel for even more shaping & testing, Giant have found an even faster geometry. Saving everywhere they can without compromising performance, you’ll struggle to find any of the bike that hasn’t been extensively engineered to optimize speed. 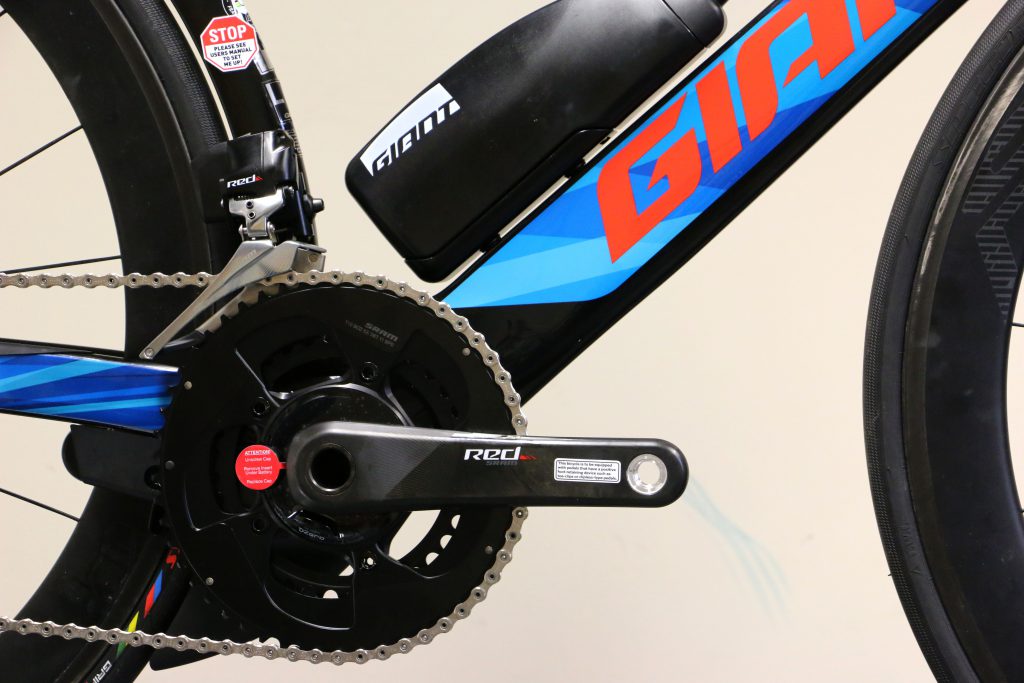 As well as a marginally improved overall shape, the bike features the new Sram Red eTap with Quarq DZero power meter. Straight from the get go you can get a whole host of data that will keep propelling your riding ability up and beyond.

The Giant Trinity is still so smooth and elegant. Everything we loved about the 2017 bike is still there. Giant have still kept any twitches out of the bike to a minimum. The handling is definitely improved with the new updated front end. It doesn’t want to be hammered out of the bends and isn’t begging for your legs to hammer it at every opportunity. But the smoothness is somewhat nicer on the legs, a smoother delivery of power and a better overall ride. Claiming to be faster than any other TT bike as a complete set up – we’d certainly say that it’s up there. 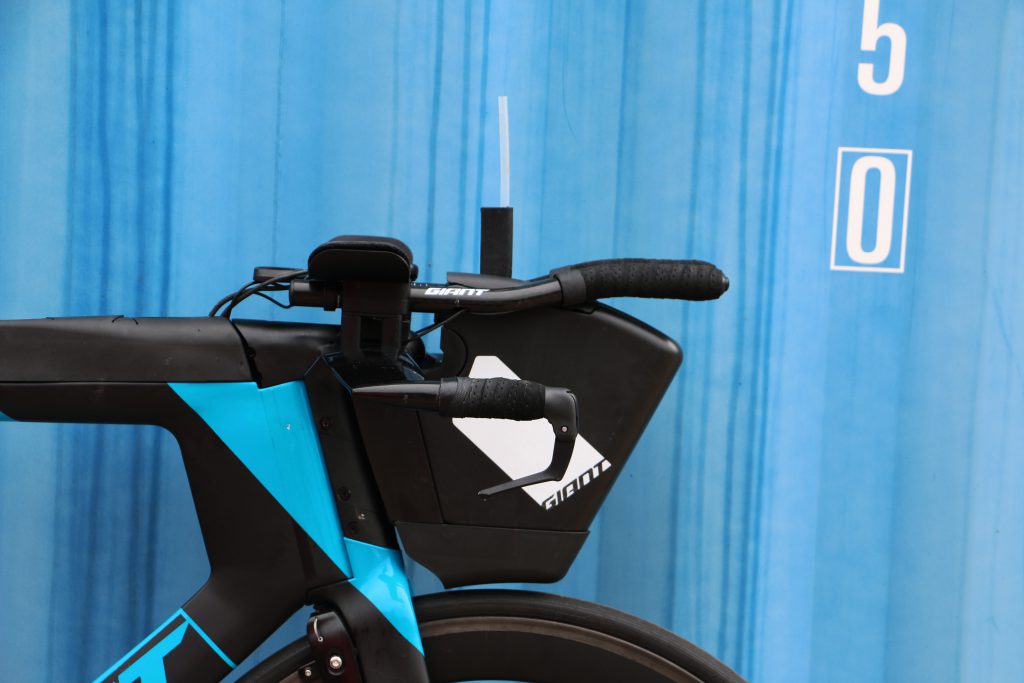 In the 2017 Trinity we knew it felt fast, and the 2018 version is just as sharp, except it comes with comfort. The jarring problems have been eliminated, so it makes you want to work hard. You’re in your comfort zone, working out of your comfort zone. Without the legs working too hard the bike feels like it runs well, but it just seems to gather speed as you go. It’s much comfier than a lot of TT bikes we’ve ridden, the geometry just feels spot on. 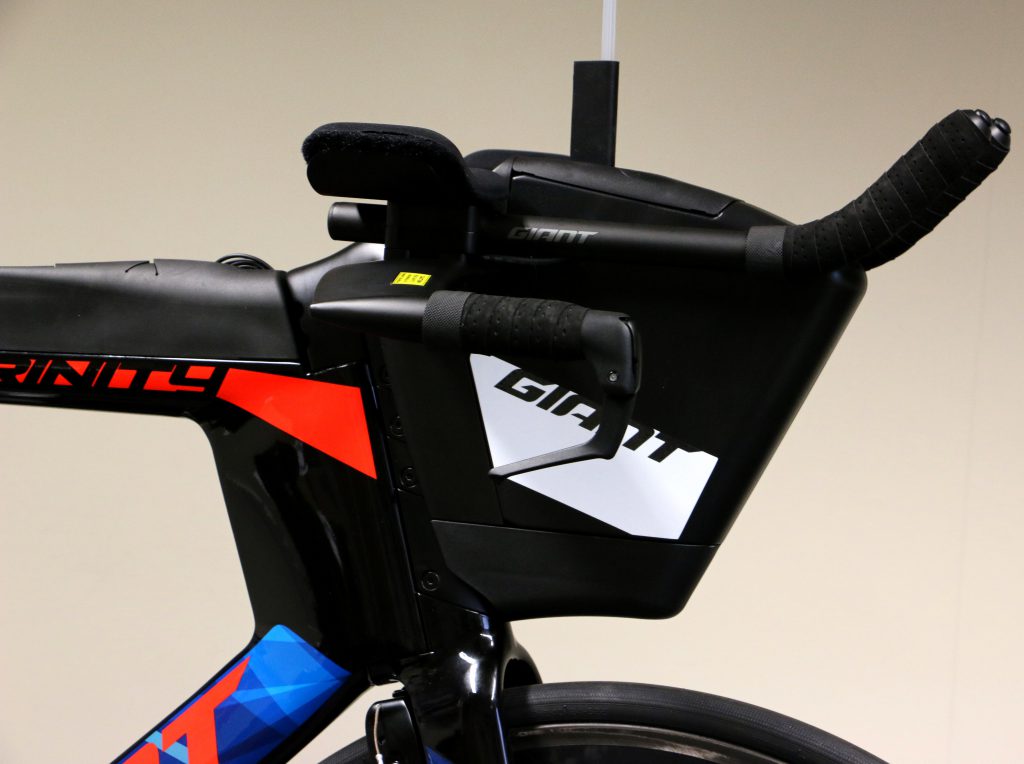 The hydration system on the front has been raised making the handling much easier. It’s not as close to the wheel, and it doesn’t get hit with the same force in a cross wind. Something rigorous testing has clearly ironed out. On the 2017 model we found that on a gusty day this huge volume infant of the forks made the bike very hard to handle, despite the added benefits of not carrying bottles. But the 2018 version doesn’t have these issues, plus Giant claim this actually makes the bike faster! 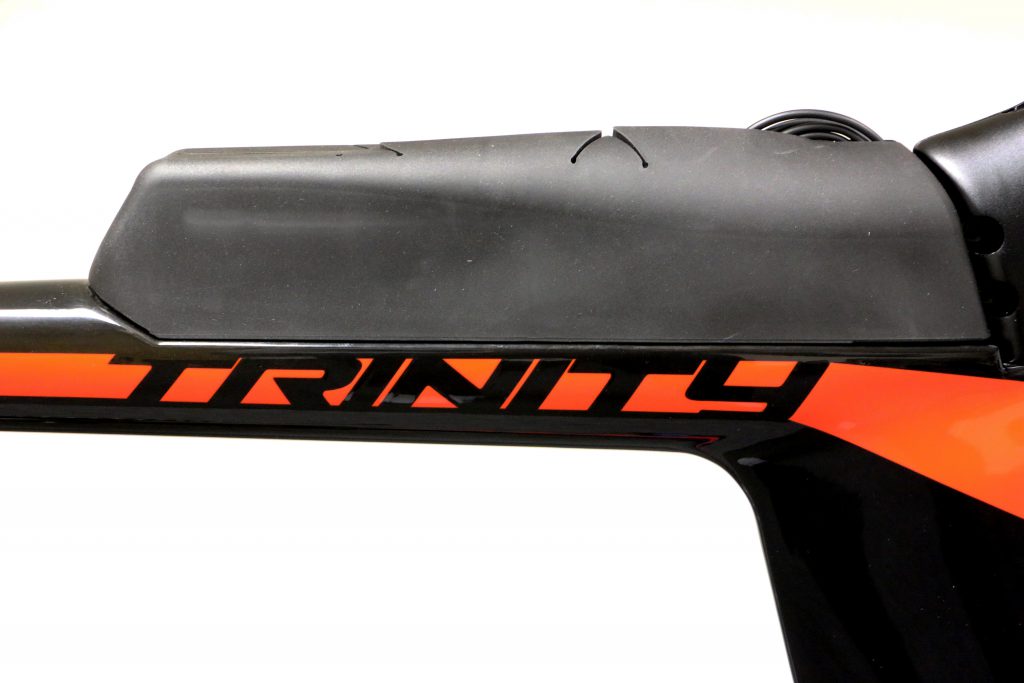 The food storage system is itself is still small, it doesn’t hold much inside, and we’ve found that there’s nowhere to fit the Sram BlipBox, so that takes up some of the space. This is one of the areas we’d hope giant would work on, though they don’t seem to have addressed this part of the bike. We also struggled to find a spot to fix the garmin, something we’re all after. Maybe Giant should follow suit of Canyon and protrude the Garmin out the front of the hydration system, but this would affect the aero advantage. 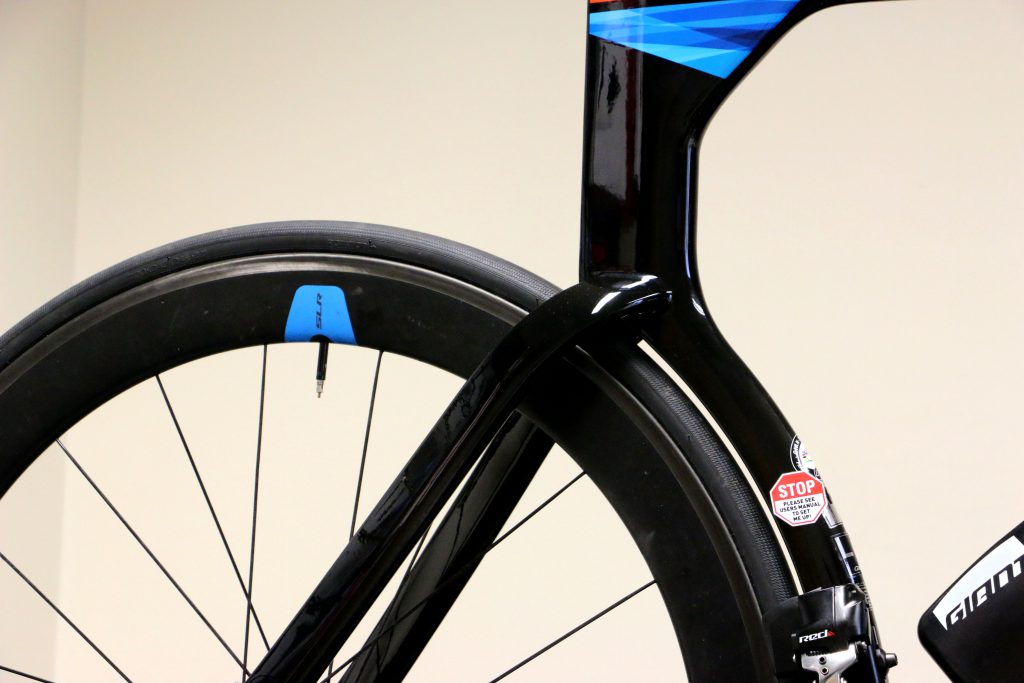 It’s somewhat a shame that the bike doesn’t come with an aero wheel set like some of it’s competitors. We tried the Giant SLR 0, aero wheel in another blog that can be found here, so it’s another factor to consider if you’re after a full race rig. 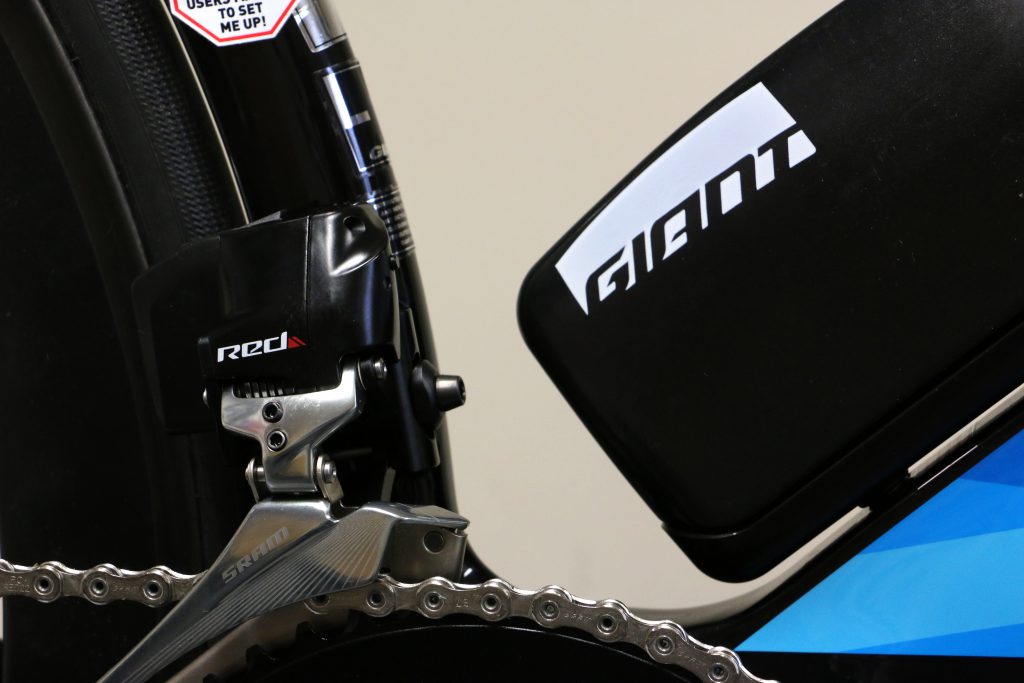 The bottle on the down tube is another blessing in disguise from Giant. They claim it improves the aero efficiency of the bike, but it can just be a great addition if your hydration system runs out & you get caught short. Moving away from last seasons black and blue, Giant have stuck with a much more simple colour scheme for the 2018 Trinity. Throwing some red into the mix but making the bike predominantly black, it certainly looks the part! 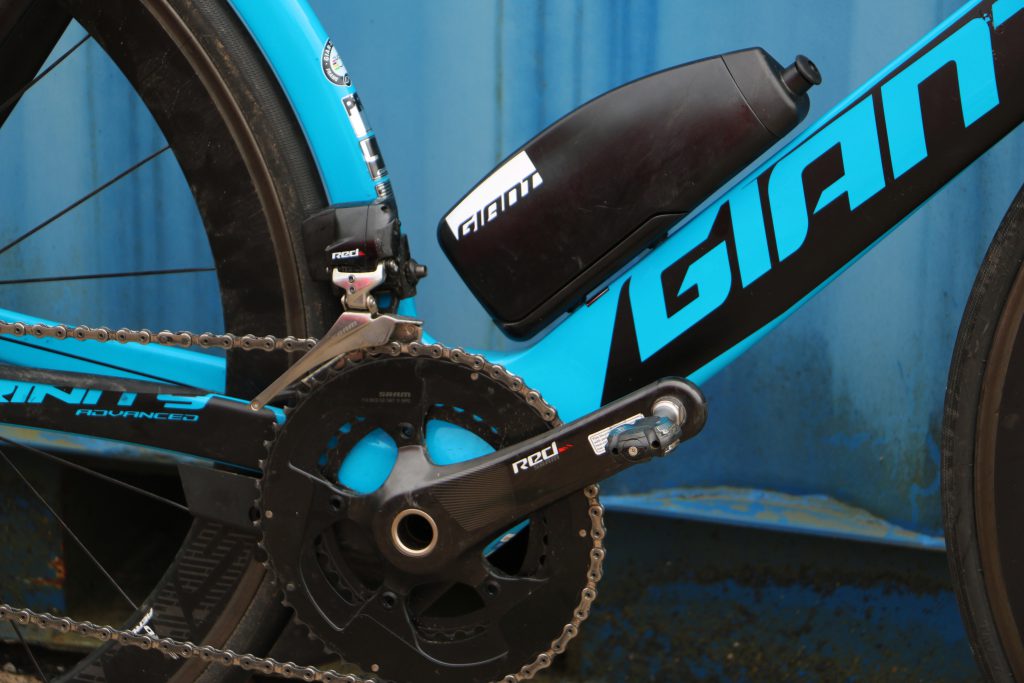 The bike is easy to pack up, the handlebars come of and turn quite easily for travel. Something many people have to consider come race day. The quick release brakes are surprisingly easy to access despite being tucked away in the most aero of places. This can often make them tricky to get to. 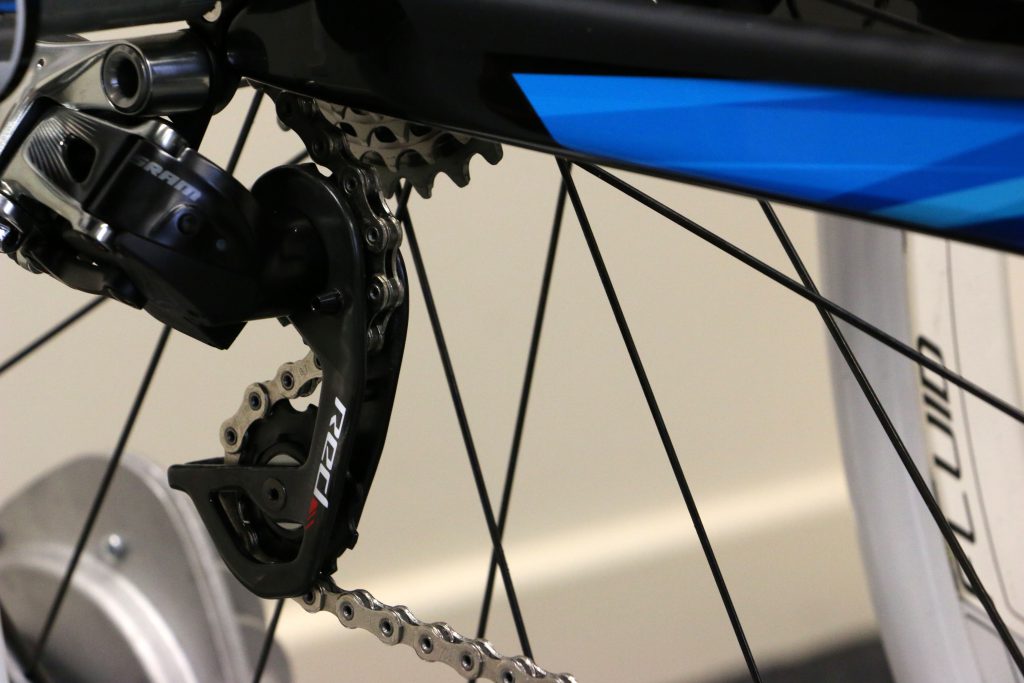 The top end Trinity still comes with the SRAM RED eTap gears. We looked at these in another review although on the whole we’re happy with them. They don’t align themselves in the same way the Dura-Ace does, although the response is exceptional. And aligning the gears is remarkably simple to do on the fly. And you can mix up the wires to allow the shifters to do whatever you like.

Giant haven’t fixed the problems with the shifters under the bar tape. They’re still very unresponsive and hard to feel for. The bar extensions are certainly more comfortable now they point upwards, giving your wrist a bit more respite. The buttons on the top of are still incredibly responsive, and with the added handling benefits of the 2018 trinity, this cockpit really feels the part. 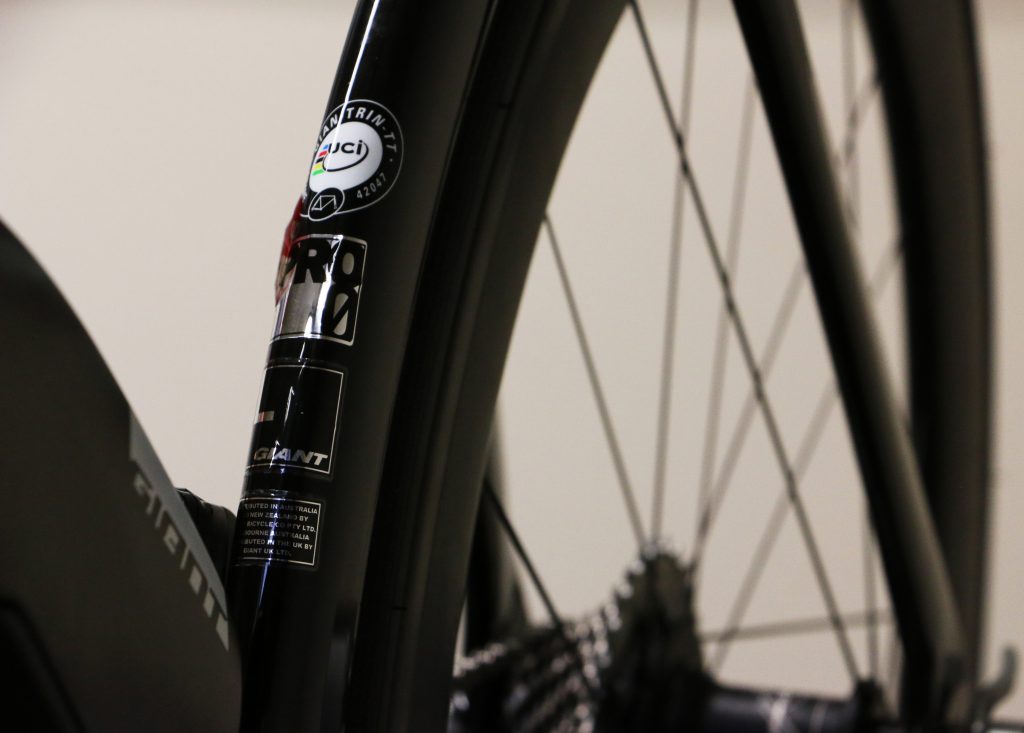 We know what you’re thinking, and yes, the trinity still comes with it’s mudguards. Yes, you heard that right, the mudguards. And no, we’re not talking about mudguards that hand over your wheel adding weight and ruining both aero advantage and time trial reputation. The Trinity has some subtle mud catchers at the bottom of the frame to stop the rings & frame getting caked if you happen to take it out on a British summers day in the rain.

We loved the 2017 Trinity, and we love the 2018 one even more. Understated, under sold but undeniably fast. If the fastest time triallist in the world can ride it to victory, we’re fairly sure you’ll be able to get your fill. We trialed it with the Giant SLR 0 Aero wheelset and it really flew. With the added comfort and handling we’d sturggle to find much wrong with this bike.

Still affordable, the bike comes with a power meter so that offsets some of the added cost. There aren’t many bikes that come with power fitted, although hopefully this is a shift we’ll see in the future. The wheels will leave a lot to be desired, but if you have a separate wheel set, then you’ll be sorted! The front end has been very well thought out, the bottle has been kept aerodynamic and the bike is easy to maintain. Easy to handle, great geometry and great numbers, what more do you need? 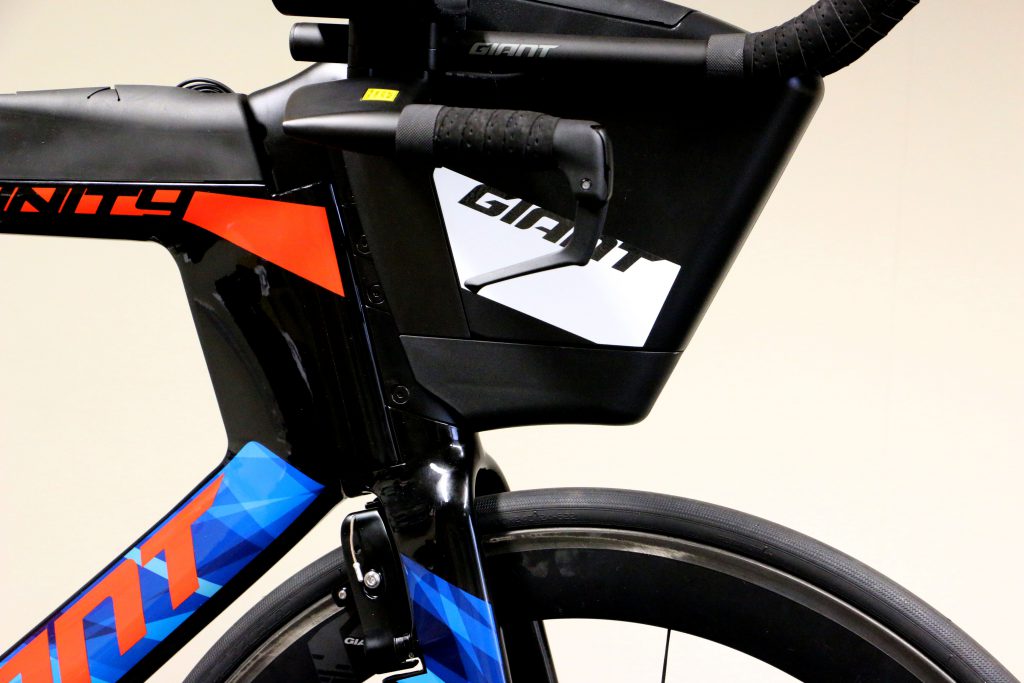 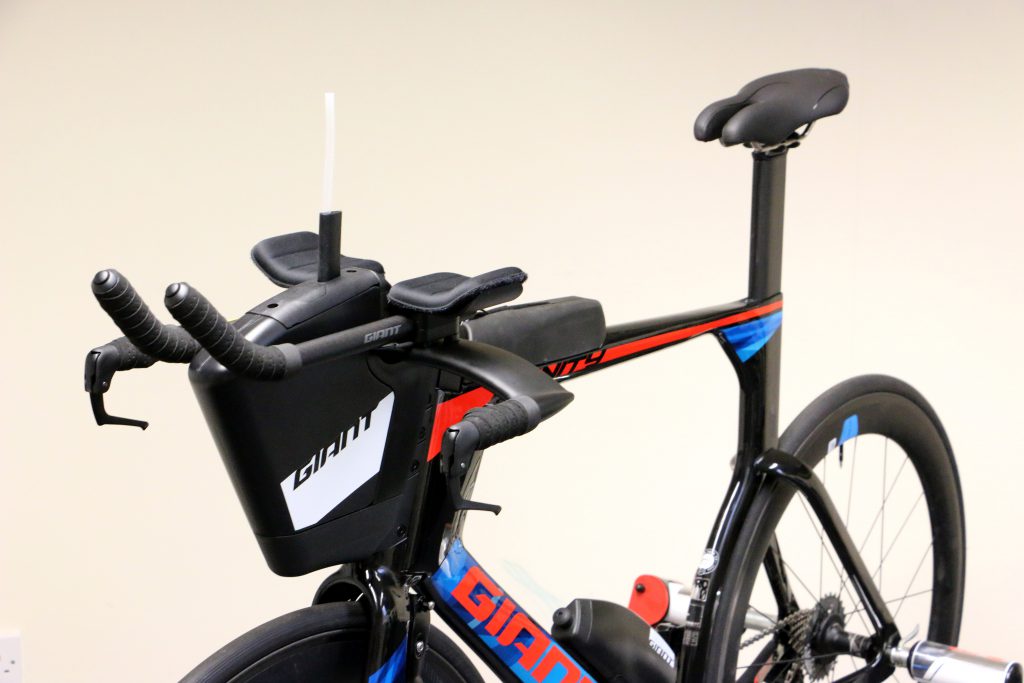