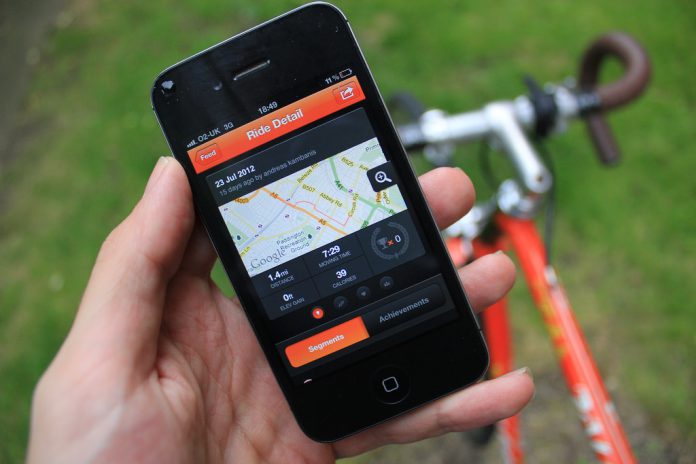 Whether you’re active on Strava twice a year for a big ride, race, holiday or epic adventure you go on. Or upload your walk to the coffee machine every morning from your desk – you’ll probably fall into one of these 9 different types of ride. 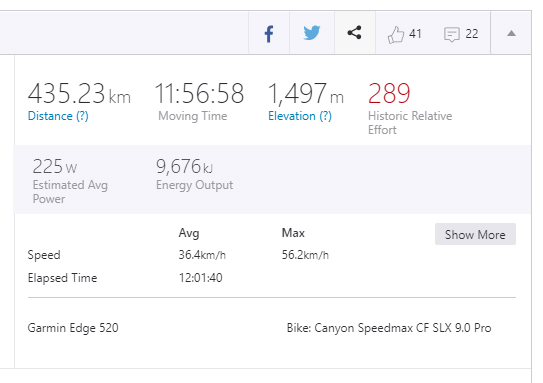 No matter what your average distance, every once in a while you’ll head out early doors and rack up a ridiculously long ride – usually well over 100 miles. This will shock your friends & followers and often rack up more Kudos than you usually get. You may even surprise yourself at how far you ended up going on two wheels.

Whether you nip to the shops, pop round to the neighbours house or even just check a new set of wheels for a few seconds out front. This will be a very unnecessary upload – very short, very brief. But if it’s not on Strava it obviously didn’t happen, right?

It will no doubt get more comments than kudos – often all sarcastic or people taking the mick, one of which is usually along the lines of “get the gains where you can”. 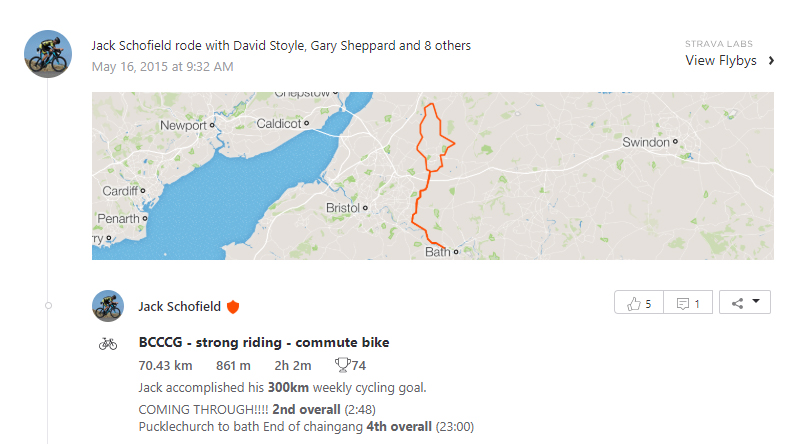 Usually on a weekend but occasionally on a school night – the club ride will involve most of the your cycling buddies heading out together as part of the club or chaingang ride. Often it’s at a fairly decent pace that suits everyone – but occaisionally it’ll just be a coffee and cake ride to the local cafe.

These are the bread and butter of the cycling world, bringing people together and allowing you to explore new places that you may not know. Often there’s an old guy in the group that has been there and done everything, always a helpful man to know!

The Same Same but Different Ride. 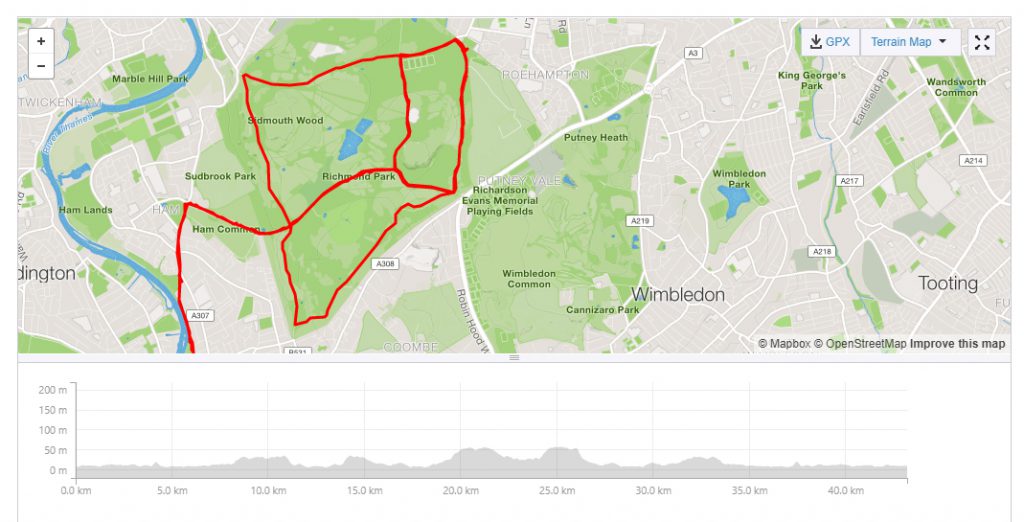 If you live in London this will probably involve Richmond park. A ride you often repeat and use as training, it could even be the commute. You’ll see it pop up on Strava multiple times a week and you know there’s no shame. PR’s become harder to come by when the weather isn’t spot on but the routine will never change.

After all, why change something that’s working?

The ‘Other Activity’ Ride. 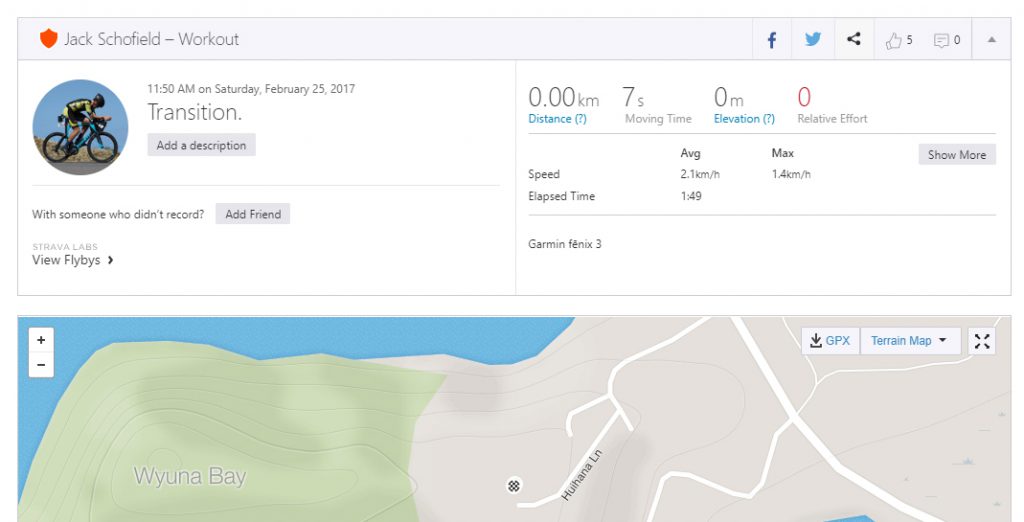 Although we’ll never admit it to our friends or cycling buddies, occasionally we’ll head out for activity that doesn’t involve two wheels or lycra. This crime may come in the form of a run, walk or any other of Strava’s 31 different sports you can choose from. And you might even have fun while you do it! Although don’t admit that.

If you’re a premium member of Strava you’ll be able to utilize their heat map features. This is a great way to see where you’ve been exploring in the past year, the routes you’ve maybe been missing – or see where you’ve never ventured on two wheels.

Maybe you’re trying to paint your town blue, or draw a pretty picture in a place you’ve never visited. Either way some of these probably won’t look too dissimilar to the turbo ride in randomness – but outdoors on roads!

No matter what you try to say, the turbo is fantastic for improving your fitness, and avoiding that bad weather outdoors. The ride will look like a piece of spaghetti wiggling all around from your living room or neighbors house – right to the end of the street in some cases.

If the GPS doesn’t start working, Strava thinks you were in the middle of the Arctic Ocean, making some people wonder if you really are moving fast now a days!

As Zwift and other software becomes increasingly popular in the cycling world – you can often see people climbing mountains, hammering along the flats or taking part in huge group rides. If your friend just rode with 472 people at 4am on a Tuesday morning, up a mountain that doesn’t exist, it’s likely they were locked into the virtual world. 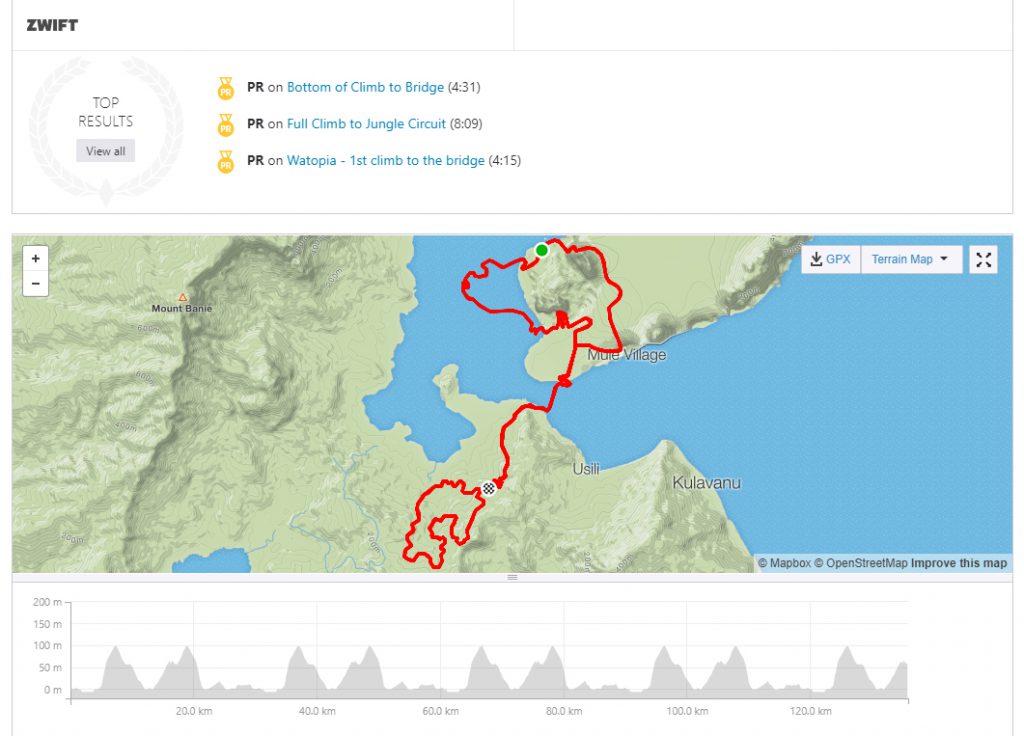 Although you may not like the idea of it, these platforms can be a great interactive training tool and go a long way in the depths of winter. 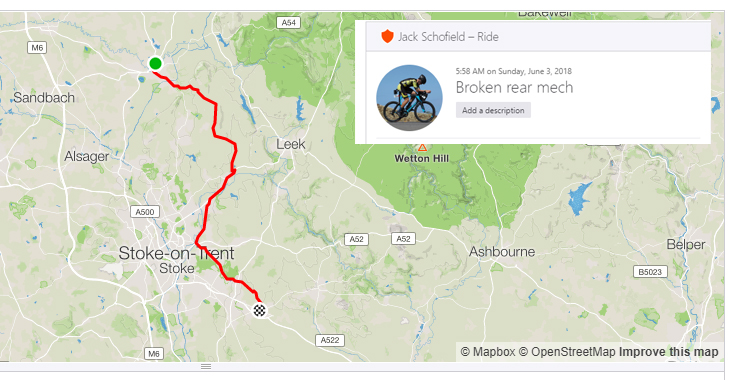 We’ve all been there. The ride when you just can’t go any further, whether you’ve had a mechanical, crash or otherwise – sometimes you just have to hope a friend is free to come to the rescue. It’ll occasionally cost you an uber or a taxi, but in the best case scenario it’ll cost you a beer and a ridiculing on a group chat!

The days you’re really flying you may be hunting them KOM’s. Whether its a small local one that nobody rides, or the one you’ve been eyeing up on the commute for the last 6 months. This ride can often be flat out to give yourself every chance to grab them trophies. Chewing on the handle bars and throwing everything you have into the sprint to the corner shop – because it’s always worth it!