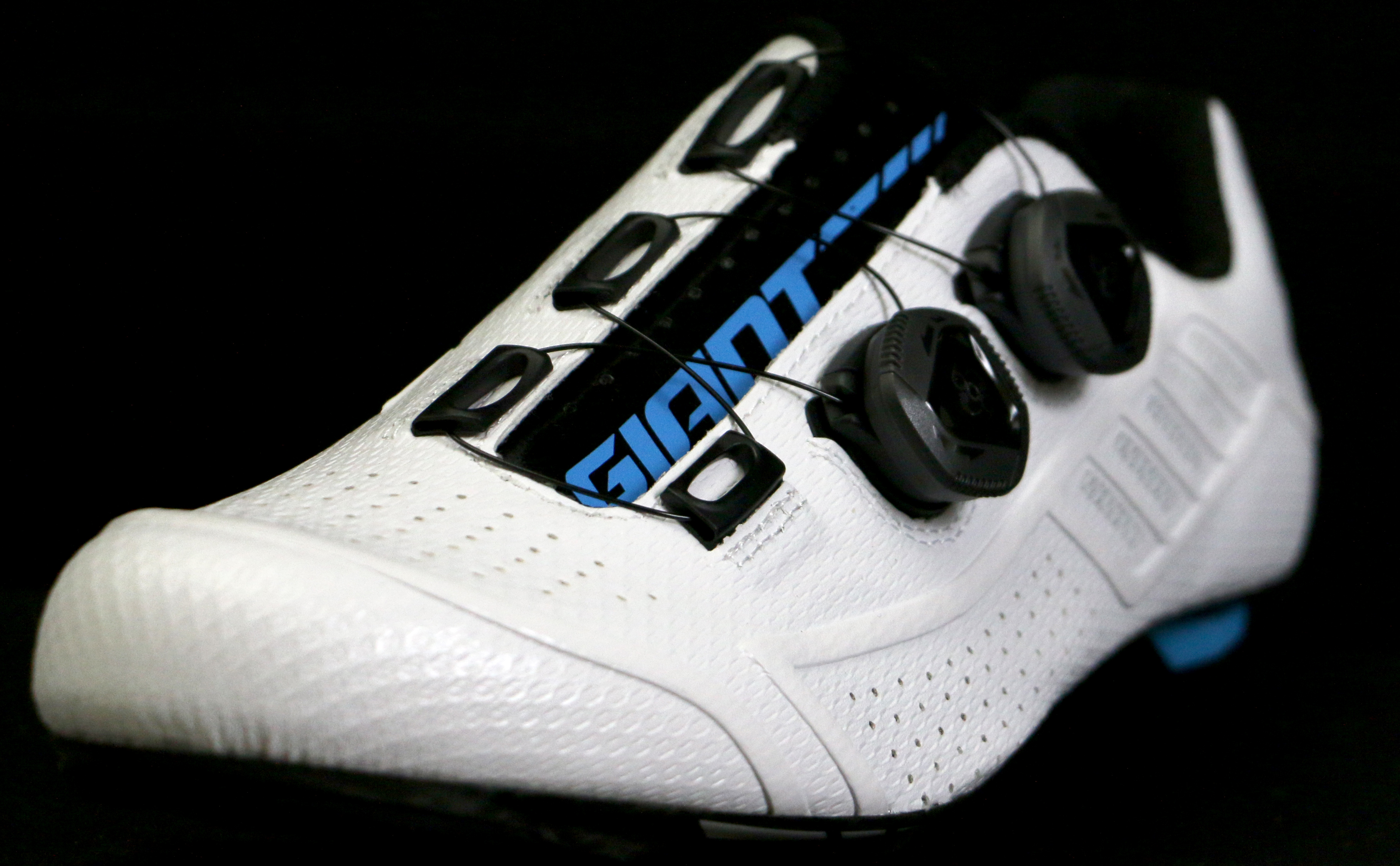 The Giant Conduit Carbon road shoes are the top of the Giant shoe range. Unfortunately they’re not really big cycling shoes, and the disappointment doesn’t quite stop there. 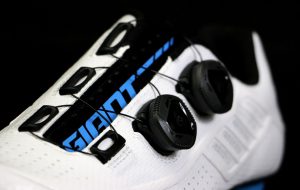 Renowned for bikes, Giant really know there stuff when it comes to wheels, frames and everything bike. It’s no surprise that they’re one of Cyclestore.co.uk‘s best selling brands. But we feel like they’ve themselves down when it comes to branching out into the shoe world.

On the surface the shoe looks like it’d do 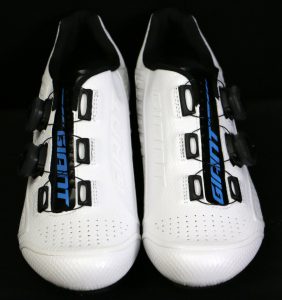 everything it needs to. It’s got BOA dials for slipping the shoe on and off with relative ease. The Conduit looks slick, professional and the simple black or white option will compliment any colour scheme you choose. Although we feel the performance of this shoe could have had more design.

Stacking up with an RRP of £169.99 and currently available for £152.99, it’s probably a reasonable price tag despite having better options for the same price bracket. The slick, speedy, well renowned Giant frames would be much better complimented elsewhere.

GIANT BICYCLES – ALL YOU NEED TO KNOW.

The ‘all new’ Conduit isn’t much different to most other race shoes on the surface. Despite being almost £100 cheaper. Featuring Giant’s ‘ForceDrive™ carbon composite outsole and two BOA closure system you’ll feel every watt transfer into motion’. We were certain to put that to the test. 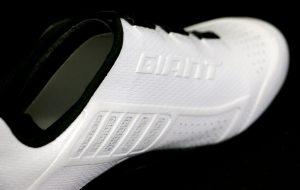 With a seamless upper sole the shoe is clearly much cheaper to construct for Giant. They have used Airstream™ 5-vent cooling system and TransTextura Plus™ antibacterial footbed combine to keep you comfortable and fresh for longer. Ventilation is of paramount importance on long summers days in the chair. Churning out the miles and chatting to your pals.

The extra ‘V-Clip heel’ is added to reduce slippage and improve stability for the back of the foot.

Out of the Box: 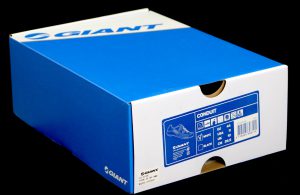 Available in two colours: black. and white. Far from exhilarating as is the case with many other manufacturers. We were hoping Giant might release an orange to compliment the sleek new Trinity time trial frames, or the all new Propel Advanced. Real machines, designed for speed, comfort and all round precision. The Conduit Carbon shoes are very reserved in aesthetic, whereas the Giant bike range almost shout at you to buy one. 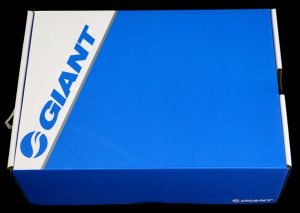 pon putting the shoes on they just don’t quite feel comfortable. The dual dial system adds pinch points to the top of the foot, and the spread of pressure just isn’t quite even. The base of the foot is very flat, with slight medial support. But we felt Giant could have done themselves more justice by looking to supply better foot beds. Similar to the shoe super giants of Giro or Specialized. 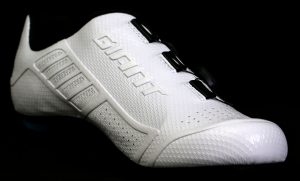 The single doesn’t hug the foot like the slipper feel of some other shoes. They’re more of a nike freeknit of the cycling world. Great to look at, but you wouldn’t run a marathon in them. If you’re serious about speed.

BIKES FOR EVERYONE – LET US HELP YOU CHOOSE. 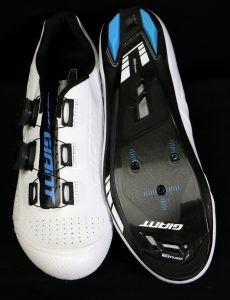 The carbon composite sole just isn’t as firm as some of the other rides. But for the price tag, this could be somewhat expected. Designed for sprinting, when really hammering the watts the shoes just don’t have the same feel of some of the top end competitors. Power feels to be slipping away through the sole of the Conduit. Soul-less.

They’re not the kind of shoe that you’re bouncing to get out of the cupboard before your ride. But they certainly look slick once you’re out. If you’re looking for an all round shoe that will last the winter, they could be the pair. The white scratches easily as with most white road shoes. But the material is quite resilient. This could be due to the lack of movement as it doesn’t quite form to the foot. 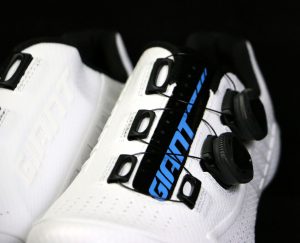 If you’re a triathlete trying to hammer through transition saving yourself seconds, then they’re not a bad shoe. But the seconds you’ll save sliding the shoe on and off are definitely compromised in the later performance. They just don’t quite purr when you’re down on the aero’s trying to knock out your PB performance.

The Conduit feels light, there’s no argument there. Weighing a little under 500g per pair, they’re not near the top end of the market. Giant could have spent a bit more on the overall quality of this shoe, not hitting the entry level. 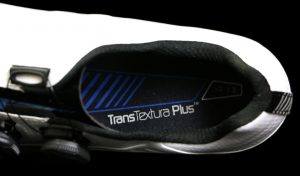 The super new, 5 vent cooling system left a lot to be desired. The feet quickly warm up in the shoes. Despite vents in all the right place on the bottom of the shoe. The Conduit can also be easily adjusted while out riding to allow a bit more breathing. But in general I wouldn’t get yourself a thick pair of socks!

Giant have created a sleek, basic good looking shoe, with an affordable price tag. Due to this we feel they’ve compromised on the overall performance of the shoe letting themselves down. More time could have been spent in the lab, and less time in the office when designing the all new Conduit. 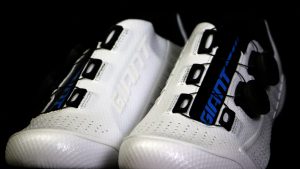