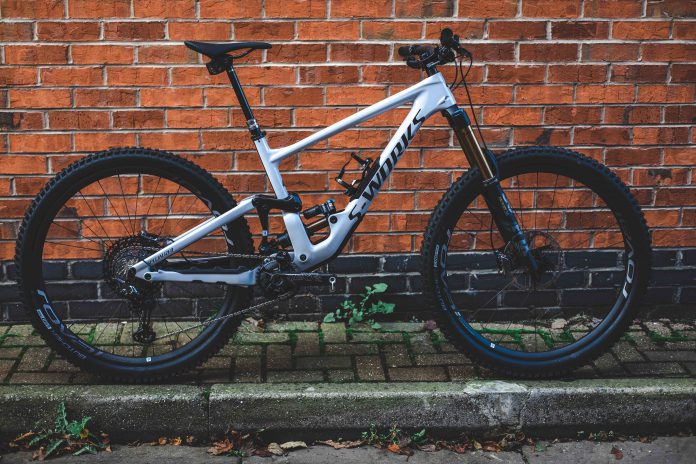 As the Specialized Enduro enters double figures in age, it’s slowly morphed into the downhill weapon we see today. With it’s roots in XC racing, it’s now seen a complete overhaul that doesn’t look too dissimilar to the new Demo DH bike. 29″ wheels and 170mm of travel at both ends, we were excited to have a look at the new S-works Enduro. 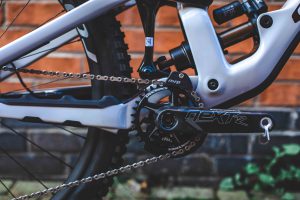 It’s in fact taken the rear suspension from the new Demo Race 29 downhill bike. The differences are the space for snacks, a water bottle and suspension that’s slightly shorter. As well as the carbon fibre from. It flows much better through square-edge impacts due to a more rearward axle path than it’s predecessors. This lets you carry much more speed through the hits. 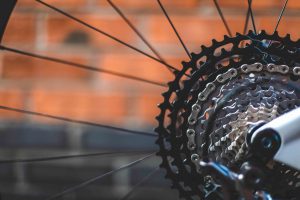 Stomp on the pedals and the new Enduro accelerates far quicker than youre expect possible from a downhill bruiser. Specialized pulled out all the engineering stops and made the Enduro an incredibly efficient pedalling machine. The end result? Less bobbing. More speed. 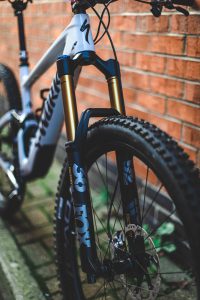 The S-Works Enduro features a bomber-yet-lightweight carbon frame that blissfully tackles the kind of terrain that chews up and spits out lesser bikes. If the Enduro looks like its sibling, the Demo, its because they share plenty of downhill DNA. The Enduro rolls fast on 29er hoops and boasts 170mm of front and rear suspension courtesy of an all new-design. 2.3in Butcher tyres are mounted on to stiff Roval rims.

The shock now sits lower in the frame and the main pivot location has changed. This helps with a few things, one of with being the S-Works Endure now comes with a 40% increase in anti-squat. This helps pedalling efficiency, and though it’s an aggressive bike, if you’re caught short of a lift, it’s still designed to be pedalled. 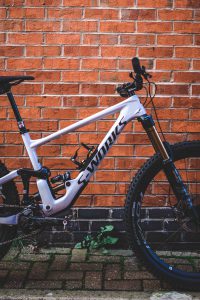 Because of the moved shock this allows for longer top tubes, which in turn helps the geometry of the bike. The new reach based sizing system is built around this, short for fun, long for stability. The S-works Enduro is built for one thing, to go downhill fast. It’s not as nimble on the climbs as other bikes, but you can hit some treacherous terrain at pace, and come out the other side faster. As far as traction and stability go, it really is at the top of its game.

The geometry of the S-works Endure is slacker and longer, no surprises there. The head tube angle is at 63.9 degrees and the trail length is 132mm. That’s longer than the Demo Race 29’s trail. The Chainstays have grown and the seat tubes were shortened to allow for longer droppers. Though the head tubes are shortened, Specialized ship the S-works Enduro with plenty of head tube spacers for you to find the right height.

Just like the new Stumpjumper, the Enduro gets an offset chip in the lower shock mount. This gives you the flexibility to flip it around to offer High and Low geometry positions. The High position will steepen the head and seat angles by 0.4° as well as lifting the BB height by 7mm.

The wireless dropped post mixed with Shimano XTR M9100, 12-speed give you all the flexibility you’ll need to get around. 11-51T on the back offer endless flexibility. Once you’ve swung a leg over this one you really won’t look back.

If you’re looking for an all out Enduro race bike, the S-works Enduro certainly the bike to have. It looks the part, feels the part and is ready to go. Sure, you’ll pay the price, but the new updates make this bike a real weapon.