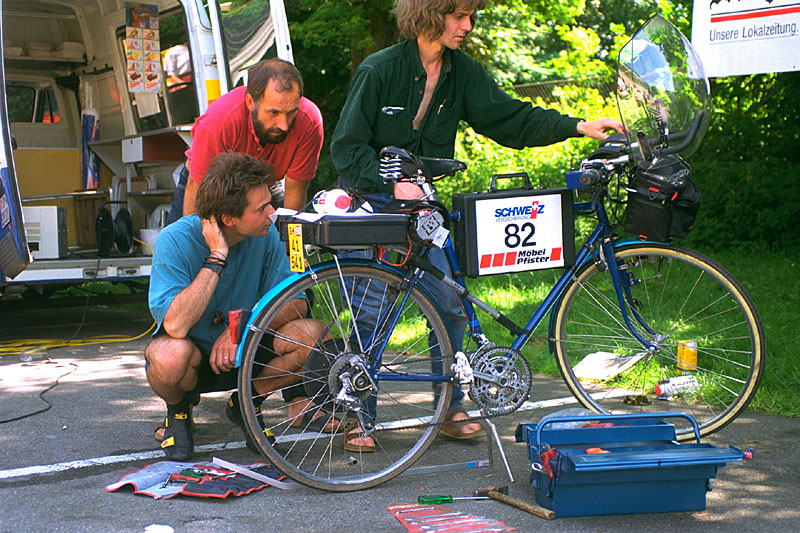 Electric bikes are currently booming in the bike market, so we’ve delved a bit deeper into just where the idea has come from. Adapted from the Victorian times, this new state of the art idea is older than we may think! Let us walk you through the electric bike timeline.

In the late 1800’s the motorcar was beginning to see huge developments as more of the worlds best minds began to focus their attention on the engineering. Around this time the first electric bike innovations began to make their appearance. 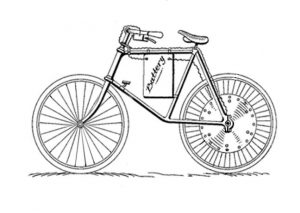 Electric bikes began to appear on various U.S. Patents. For example, on 31 December 1895, Ogden Bolton Jr. was granted U.S. Patent 552,271 for a battery-powered bicycle with “6-pole brush-and-commutator direct current (DC) hub motor mounted in the rear wheel”. The battery that sat in the center of the frame isn’t too dissimilar to many of the designs we see today.

In the years to follow the Americans made many more attempts at the electric bicycle.in 1897, Hosea W. Libbey of Boston invented a bike that was propelled by a double electric motor inside the hub of the crank set axle. A similar approach was adopted 100 years later by Giant Lafree e-bikes.

After the turn of the century the buzz around electric bikes began to die down. A lot of the energy was focused on the car development as this was a much more viable mode of transport, with greater distances being covered. Though by the early 1930’s the designers were back at it and electric bikes were put into production. The main efforts were coming from areas like the Netherlands, where to this day electric bikes make up 1/3rd of bike sales.

It was another 40 years before the next development of e-bikes, coming when the Japanese finally joined the party. Panasonic joined the party with a bike powered by a car battery, before the Sanyo Enacle developed technology to use NiCad batteries. This was taken further by the Sinclair Zike before Yamaha and Honda took the reigns.

— ALL YOU NEED TO KNOW ABOUT E-BIKES — 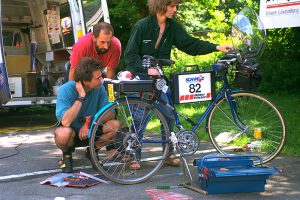 In 1989 a Swiss E-bike maker, Michael Kutter, came along with a revolutionary design. He created a bike in which the pedaling action caused the motor to start. This was a change from the original schemes where the power was applied using a throttle control. His bike, the Dolphin went on sale in 1992 for the Velocity company.

Having started a trend with his great idea, Michael Kutter’s original design was developed through the 1990s. More manufacturers and brands took on the development of the e-bike, and it began to transform.

Still running with two different types of drive designs, it was a while before one was decided. The motor varied between the wheel hub and the crank set. Still to this day the same elements of the e-bike are being developed. Smaller batteries, longer battery life, more efficient motors and quieter delivery of power.

— THE VALUE OF CYCLING IN BRITAINS ECONOMY —

Where are we now? 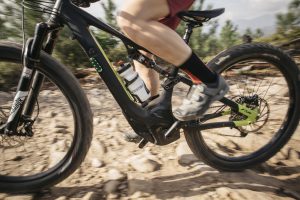 Through the years following Michael cutters design production grew. It’s estimated from 1993 to 2004 sales grew by 35%. By contrast, in 1995 regular bicycle production decreased from its peak 107 million units.

By 2001 the terms e-bike, power bike, “pedelec”, pedal-assisted, and power-assisted bicycle were commonly used to refer to e-bikes. Making a clear differentiation between the terms “electric motorbike” or “e-motorbike” refer to more powerful models that attain up to 80 km/h (50 mph). 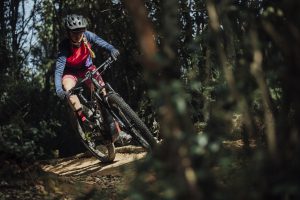 In 2007 e-bikes were making between 10 and 20 percent of all two-wheeled vehicles on the streets of many major Chinese cities. At this time the battery life was roughly 25 to 30 miles, and required around 8 hours to charge, ideal for a typical working day. Fast forward 10 years and bikes are making up 33% of sales in the Netherlands, one of the worlds largest cycling communities.

With E-bike sales booming, it was never going to be long before e-bike engineering moved away from commuting. Companies like Specialized and Cannondale now have a top end MTB range to accommodate the need for a high performance e-bike that can out perform the companies top mountain bikes. It’s hard to ignore the fun of an e-bike, the trail route that took you all day to get round, can now be accomplished 3/4 times with the same effort. Double the output, double the fun. 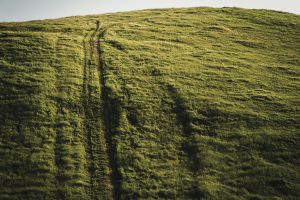 As we see engineering push the boundaries, it’s exciting to see how far we can take the science of the battery. It won’t be long before the batteries are capable of offering the same performance, with a minimal effect on weight.

Charging time is forever decreasing allowing you to refuel over lunch before going again, that’s if you don’t have a spare in the back of the car.

Making a move from the MTB scene, will we see road bike sales take off with integrated batteries? Or are the lycra clad enthusiasts too against the shift…