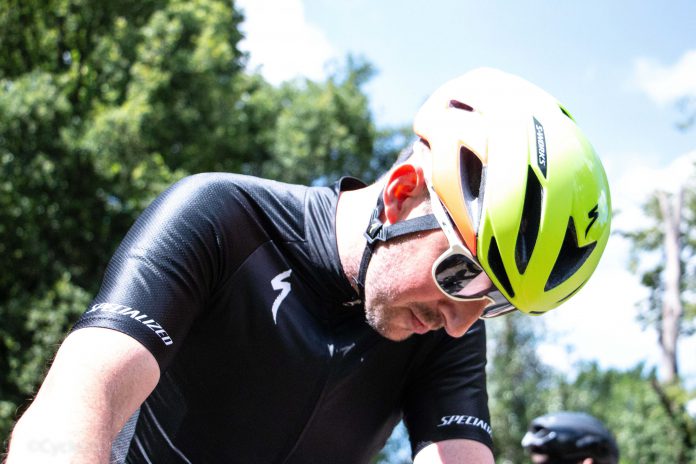 Specialized have been dropping hints and rumours of new toys in 2018 for a while now. A new power meter, brand new Evade 2 and the S-Works 7 road shoe are finally being leaked into the market. The Evade has been ridden by many of the worlds finest riders, including Mark Cavendish, Peter Sagan & others, so the new & updated version comes with a lot of expectation.

The original S-Works Evade (and Tri) shares its roots with arguably the fastest TT helmet in the world, the S-Works McLaren TT. Creating a helmet that is aerodynamic without sacrificing fit or ventilation has allowed this helmet to become increasingly popular, in both amateur and professional racing. 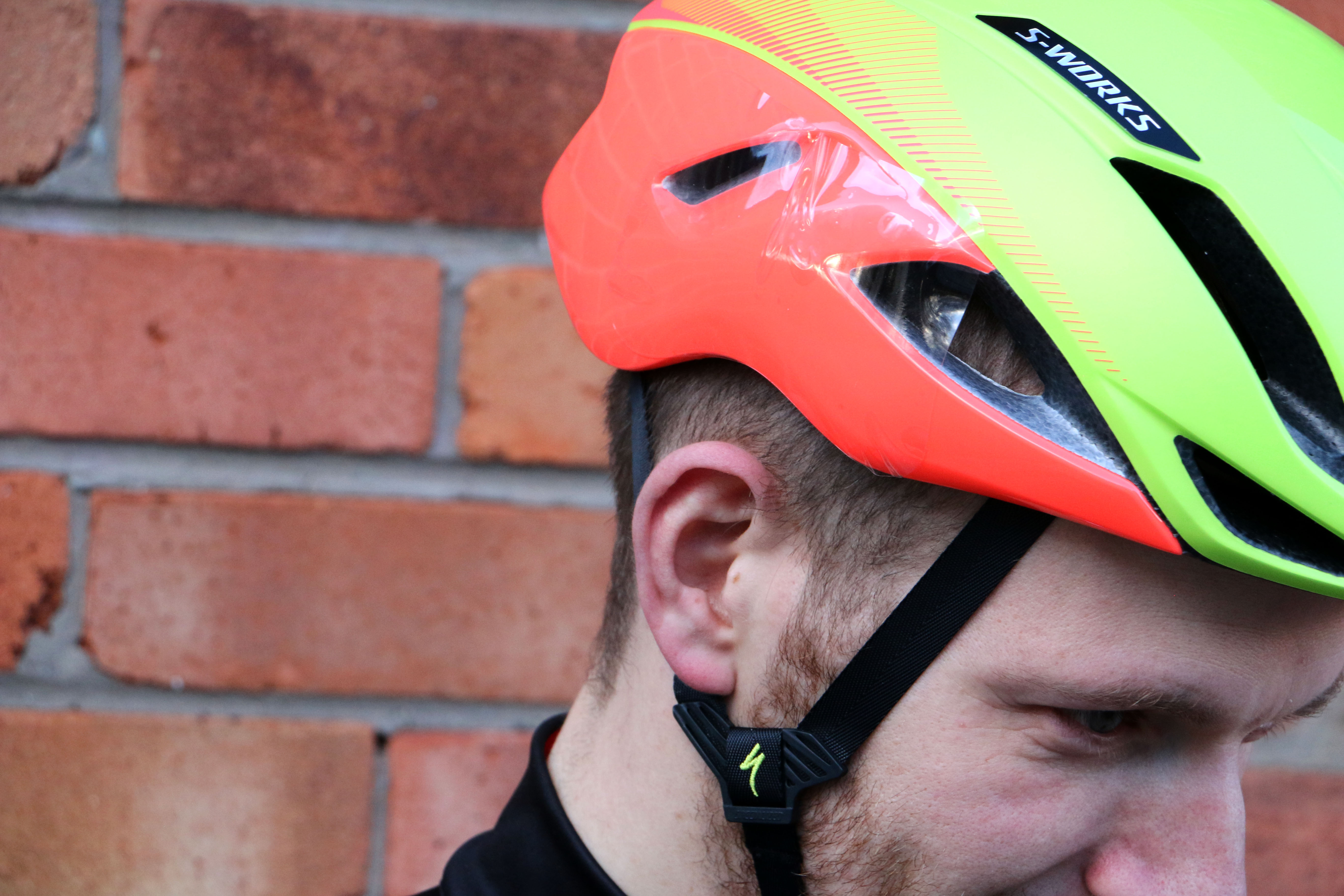 Despite this we found that the evade left a lot to be desired in the ventilation department. Often not offering enough ventilation at lower speeds, and this is exactly what Specialized have addressed for 2018. Plenty of time in the wind tunnel and laboratory offer some promising results. Retailing at £199.99 we were excited to see what the Evade 2 had to offer.

Specialized claim helmets have long been plagued by an unspoken rule: Light weight, ventilation, aerodynamics—pick two, there’s your helmet. But they now claim they’ve addressed that and created “Straight up, the fastest road helmet out there.” 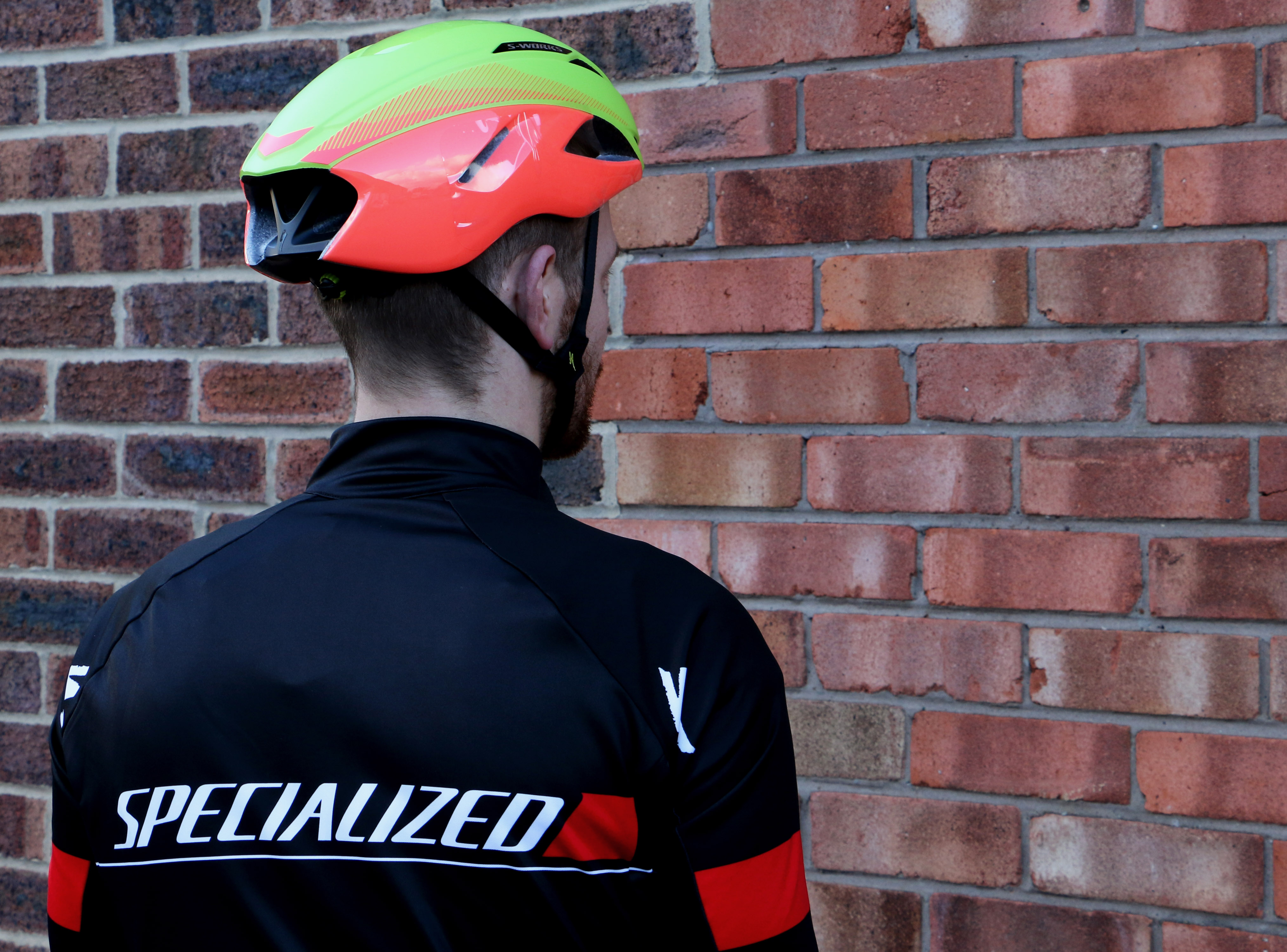 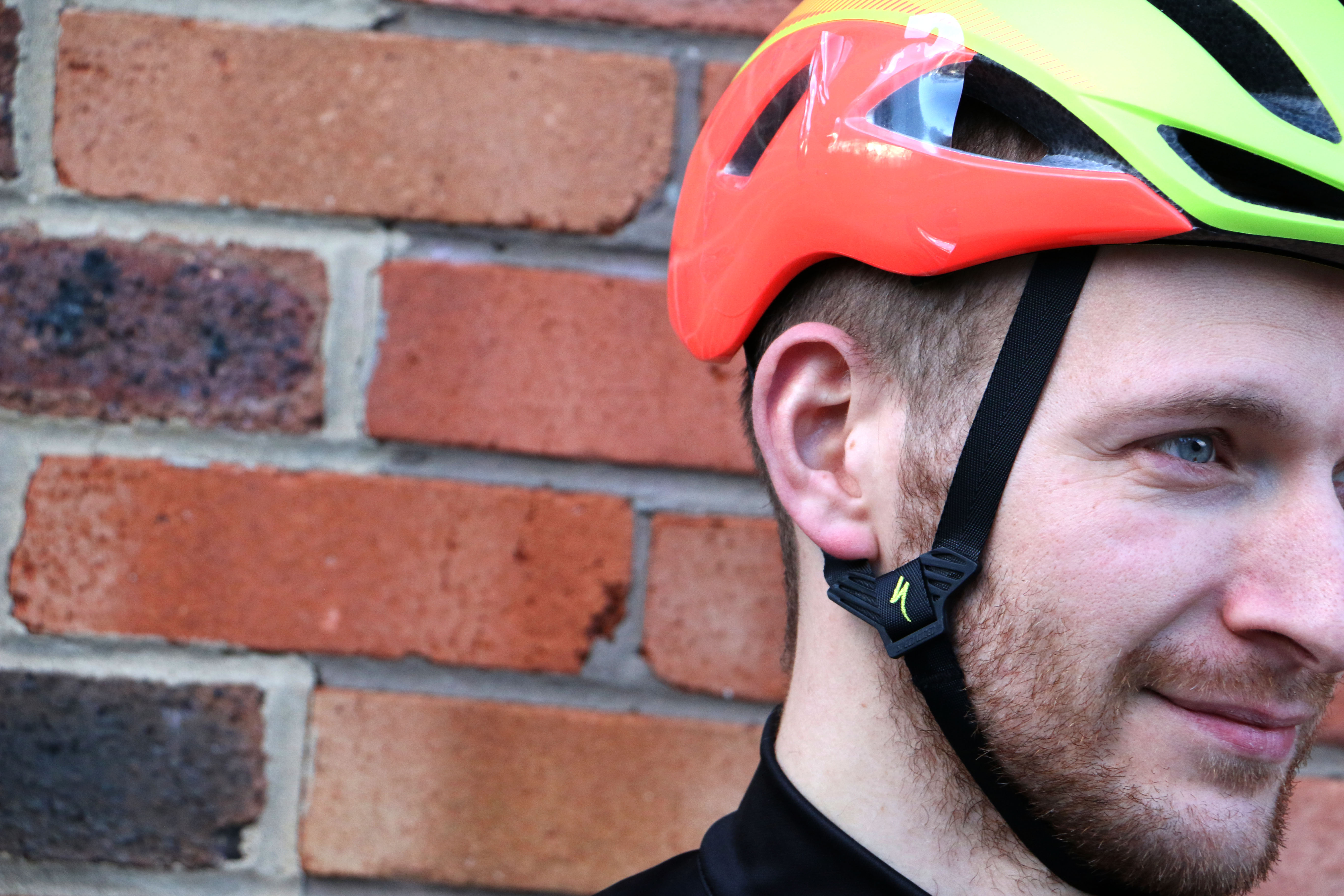 And where numbers are concerned the Evade 2 won’t let you down either. The original evade Evade saves  a claimed 44 seconds over 40km versus a traditional road helmet and the new renovation is roughly six seconds quicker than the prior iteration.

A new interior non-stretch webbings mixes with a new fit system that offers maximum adjustability through the helmet. A new magnetic buckle that was only originally seen in the Tri version of the helmet allows you to take it on & off with ease. 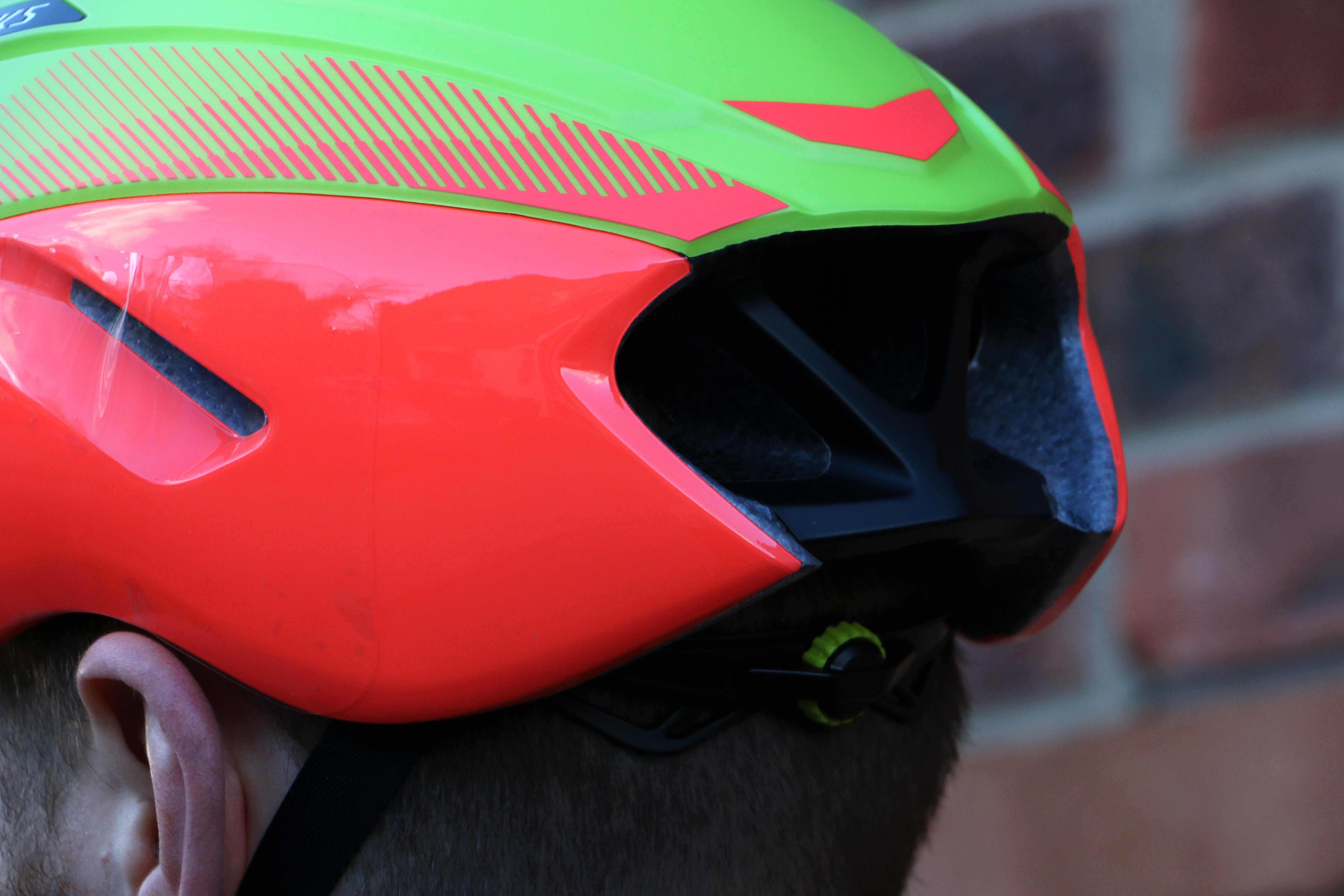 With 4 less vents than the original Evade, on initial inspection the S-works Evade 2 doesn’t look as though it will offer any more ventilation. Specialized claim that the new sleek aesthetic shouldn’t put you off as it’s the internal shaping that improves the ventilation. Larger vents on the side of the helmet allow much more air to flow past the sides of the head. The front of the helmet is also lifted off the head allowing air in through the front.

With the release of the new Giro Vanquish & Bell Start pro imminent it’s noticeable that the Californian giants have opted out of the included visor with the helmet. This is because Specialized couldn’t find enough gains in the wind tunnel to warrant this so opted for the traditional glasses/helmet combo. 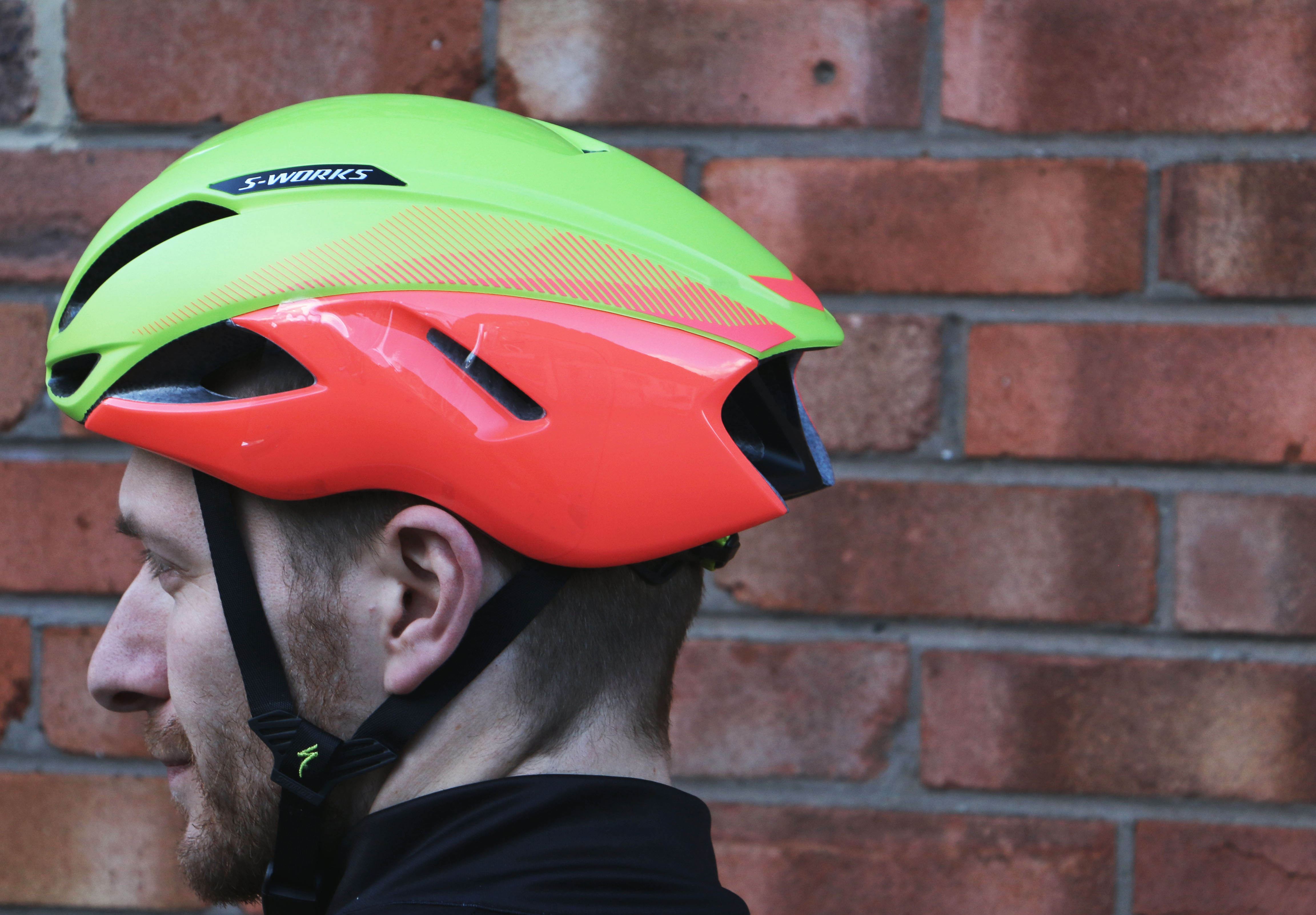 With the lower edge of the Evade 2 finally being wrapped in plastic, we’d say that this helmet looks to be much more durable over time. This wrap could be contributing to the lack of wind noise whilst out riding in the helmet, something we were really impressed with, but the Specialized were already doing a great job at keeping down the hum in the original.

The helmet certainly feels very similar to the original out on the road, both fit and speed. Although you’d expect nothing different with only 6 seconds saved over 40km, although it does certainly feel lighter & roomier on the head. Although as we’re not in the middle of a heatwave we’ll have to trust that specialized know their stuff to iron out the errors this time round.

The new helmet certainly looks the part. It feels light, roomy & offers everything you’d expect from a brand new aero road helmet. In terms of speed, we’ll have to trust Specialized on this one, but it’s clear that original evade offered plenty of marginal gains. 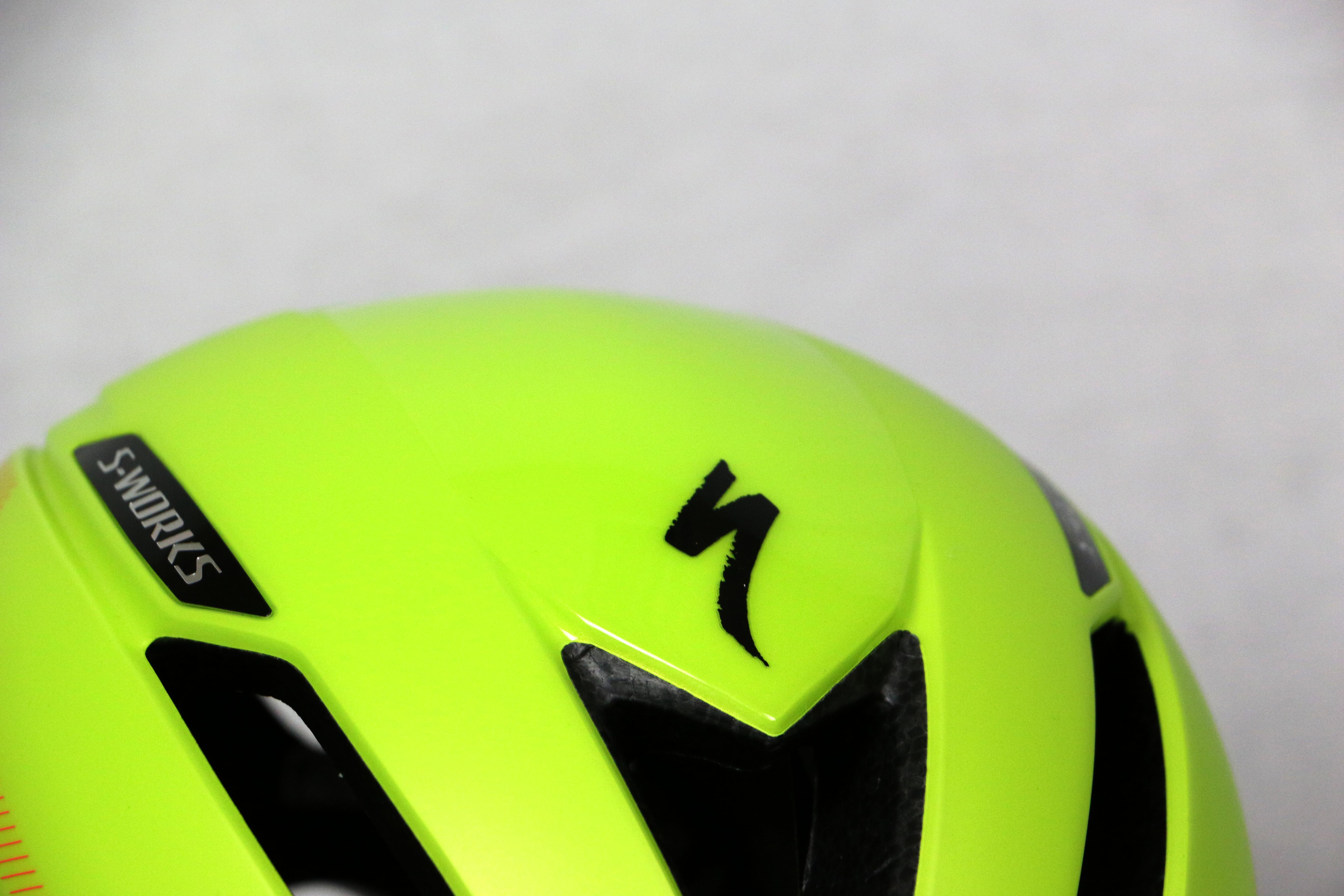 The ventilation is definitely a step up from the original, so all round Specialized have listened to the feedback from the cycling community and improved an already exceptional helmet. We have to say though, similarly to the S-works 7 road shoes, the helmet is definitely just an update on the original, rather than a complete redesign. Though why change something that already works!