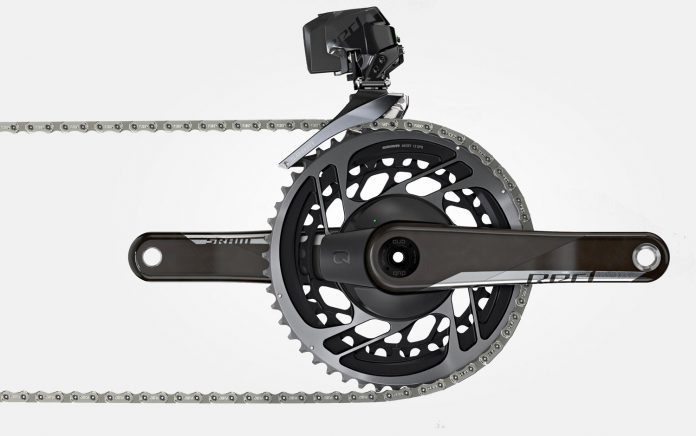 One of the tech giants of the bicycle world, SRAM have been constantly pushing the boundaries of the way bikes are engineered since 1987. Based in Chicago, Illinois, United States, the company have revolutionised some of the technologies found in cycling. SRAM’s Red eTAP AXS technology is already making a huge impact on the road cycling scene. 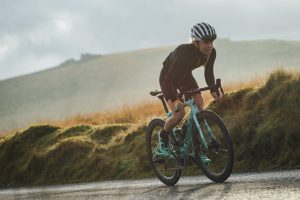 Todays smooth legged, lycra clad elite ask for far more of the machine than ever before. Season on season the bikes get faster and more capable, and the components need to keep up. Riders are looking for a bike with a ride range of gearing to match their wide range of cycling pursuits. But range is only a small part of the issue, the drivetrain needs to offer the right gear for any situation.

2019 has seen three completely new wireless electronic group sets that are already making a huge impact on the bike market. All of the systems come with a new AXS mobile app to customise and personalise the systems. Available with BLE connectivity, this has been rolled out to both road and MTB options.

The days where grinding huge gears with huge jumps are well and truly over. A wider range with smaller increments has become possible, without putting the whole system under stress.

Sram’s X-Range gearing comes with three new chainring sets and three new cassettes that cover all the bases from World Tour road level through to the endurance and gravel scene.

X-Range achieves this by moving some of the gear range from the front of the drive train to the back. There’s a much more consistent jump through the chainrings while the cassettes carry a much wider range. There’s only 13 teeth different at the front and a possible 23 at the back. That means that you can stay in the same front ring for a lot longer, which is much more efficient that constantly changing gear on the front. You can make the majority of your jumps at the back.

This offers a huge advantage in performance to traditional systems where the front gearing has to be changed to offer the full range. Starting at a 10 tooth ring means that the overall cogs and chain rings are much smaller. This gives a huge weight advantage over a system that starts with 11 teeth. In fact, it’s over 20g lighter than the Dura-Ace system. As well as making the whole package much less complex. Only one rear derailleur is required to cover all of SRAM’s Red eTAP AXS combinations, meaning you only have to swap the cassette if you’re changing between systems.

When the going gets rough chain bounce becomes a huge factor. If you’re riding away from the usual smooth surfaces then limiting the bounce of the chain is crucial. SRAM’s new Orbit technology limits this by controlling the downward movement. Orbit is essentially a fluid damper contained within the pivot at the top jockey axle. 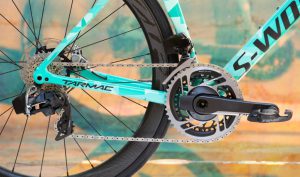 A silicone fluid damper with a one way valve controls the rear mechs counter clockwise rotation. The patented technology prevents the pully from moving forward when the bumps pull the chain downwards. SRAM’s new system is also speed sensitive meaning the harsher the bump, the more resistance applied. The damped cage rotation also keeps the whole system much quieter and vastly reduces the chance of dropping your chain. The clutch system means the shifting is as smooth as ever, giving you the best of both worlds.

The unique new flat top chain system allows you to change gears smoother despite the smaller differences. It also offers the same efficiency and stops you wearing through numerous chains. SRAM worked out early doors that to offer a much wider gear range with smaller steps, the chain would have to get narrower. The engineers worked tirelessly to find the solution – flat top. Added material on the flat side of the chain strengthens ever link. A Hard Chrome surface is a new treatment that offers the pins, inner plates and rollers extended life, and gives you the pin point shifting you’re used to. 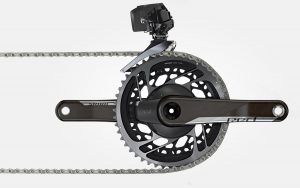 SRAM claim the new flat top chain on SRAM’s Red eTAP AXS lasts an astonishing 36% longer than their 11-speed version, whilst out performing it in all the critical areas. They’re also saying it’s like having your cake and eating it too… except the cake also makes you fast… can you imagine?!

SRAM have taken their wireless technology to the next level by integrating their new AXS technology. The new component integration systems connects the components with the software. Developed after SRAM’s sister company Quarq linked their power meters with in app technology, the AXS app lets you connect your AXS enabled components to build a real party bike.

You can enhance shifting or re-assign shifting actions, without the hassle of swapping wires and changing batteries or any of the other malarkey involved. As well as this you can monitor the performance and make sure everything is running efficiently and not run out of battery. 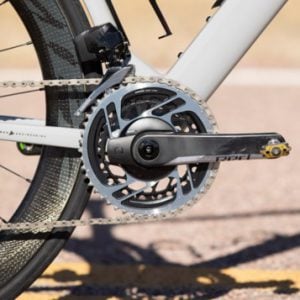 So is SRAM’s Red eTAP AXS tech for the sake of tech? We don’t think so, giving the level of flexibility to use sequential shifting or not is something that you can now easily play around with. Control the front mech if you want, or use it to keep the gear ratio and cadence steady if you need.

Compensating shifting smooths the whole system. When the front gear changes the back compensates by shifting the right number of clicks to keep your pedalling cadence steady. You can customise the technology to choose how many in the app. You can even change your dropped post height from your levers, ideal for the cross season?

In a world where marginal gains can change a whole season, components shouldn’t let the team down. Endless amounts of data offer insights into bike frames, kit, fitting, and training, it’s time the whole package caught up. The added range of the new SRAM technology gives the sprinters an extra gear when they’re flat out as well as climbing the mountain passes. 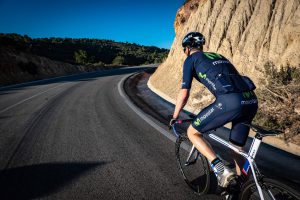 This was reflected when Letizia Paternoster (Italy) of Trek-Segefredo Women quickly christened eTap AXS with its first WorldTour victory at the Women’s Tour Down Under, and Richie Porte (Trek-Segafredo) promptly followed with a win on Willunga Hill in the Men’s TDU. In a world where tradition is the norm, X-Range’s largest 50-tooth big chainring might look surprisingly small, but when you mix it up with a 10-tooth small cog on the cassette; the 5.0 gear ratio speaks for itself.

Off the beaten track:

SRAM’s Red eTAP AXS’s new orbit change management has revolutionised the cyclocross world. As well as the move to a 1x electronic groups, this opens up a whole new level of racing. With nothing sacrificed the athletes can race like never before.

SRAM’s 1x aero power meter comes in either 48 or 50 tooth options. This will change the triathlon and time trial world when mixed with the new disc brakes options. More useful gear progression and versatile shift settings change the “one size fits all” approach. Five 1-tooth jumps in the sweet spot of the cassette allow you to fine tune your power output at critical moments, with more meaningful jumps available as the road goes up. 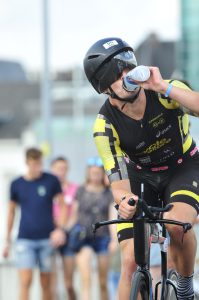 And if 2x drivetrains are still your thing, closer chain ring combinations and 10-tooth starts offer tighter jumps with more range. It’s a no brainer… all available with Quarq power systems, this really is one complete package. The blip box is now also much smaller and can be hidden easier, giving you much more space for any nutrition you might be carrying for the ride.

SRAM’s Red eTAP AXS opens a new power paradigm. We fully integrated a Quarq DZero™ power meter directly into the chain rings for the lowest possible weight and the highest possible accuracy. It also makes it easier for bike manufacturers to spec a power meter on the RED eTap AXS bike, so after buying your new bike, you can focus on riding up grades instead of making upgrades.

And when it comes to replacing, it’s easier than ever before! SRAM’s power meter-equipped SRAM RED® 2x road chainrings last 50% longer than the previous generation of chainrings. When it’s time to replace your integrated power meter, you can contact SRAM for a half-price replacement, and we will recycle your old one.

SRAM’s Red eTAP AXS really has changed the way we view bicycle components. In a market where marginal gains are incredibly sought after, such a huge engineering breakthrough will surely change the game? Though currently sold at quite an unaffordable price, it will be great to see if all this next level engineering begins to flow down into the more public domain. 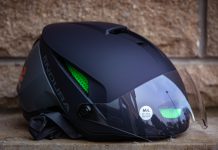