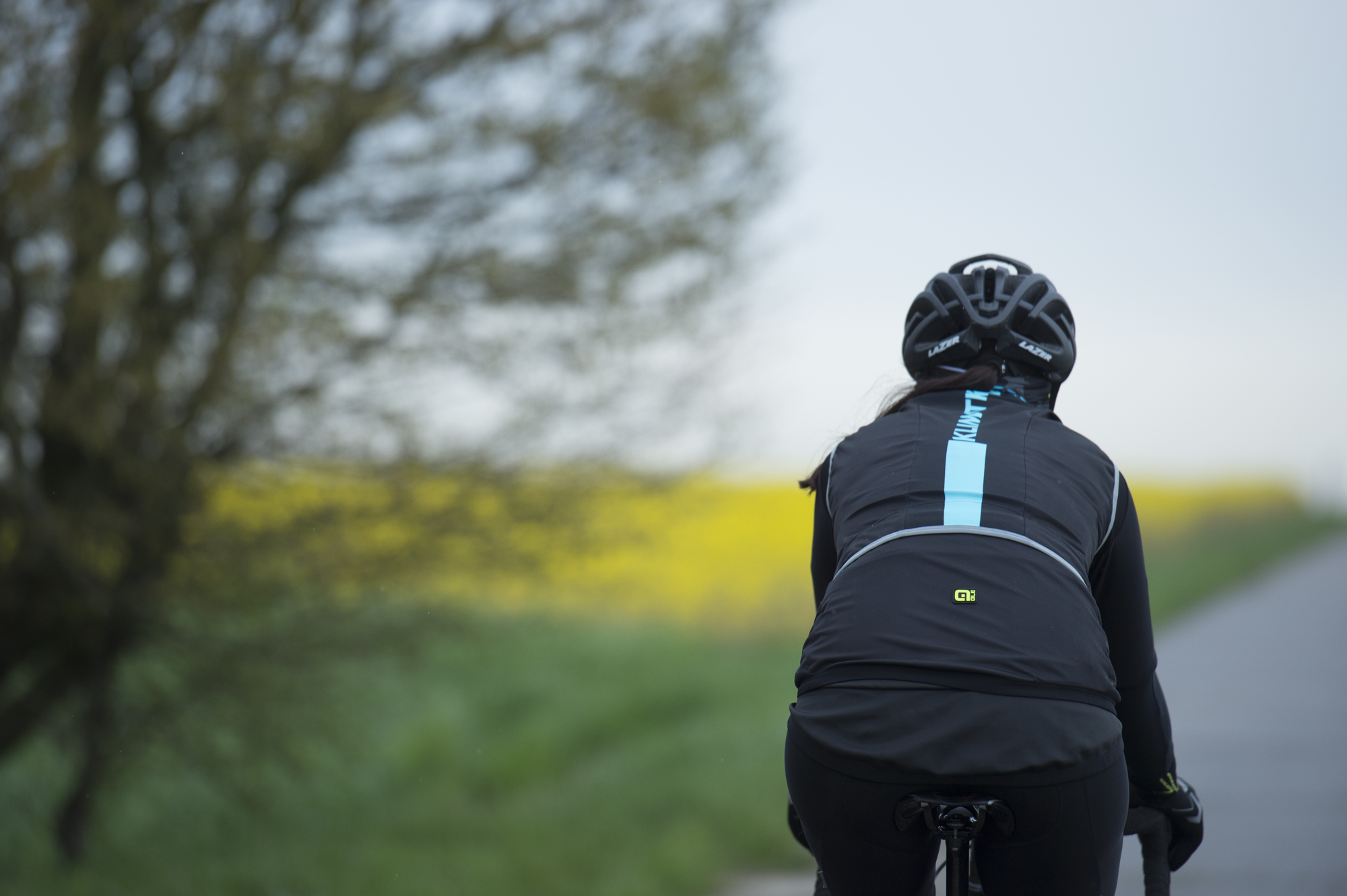 Whether you’ve been riding your bike to work for years, or you’re new on the commuting scene – you’ll begin to hear the same old myths day in day out. People trying to talk you out of it, quizzing whether it’s sensible or if there’s any actual benefit to be had. Here we’ll debust the myths & let you separate the information you should actually take note of!

You Need a Road Bike. 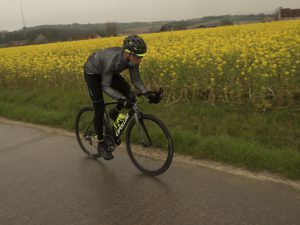 This is one of the worst myths we’ve heard. In fact – we know plenty of commuters that the only bike they wouldn’t be able to use, is a road bike. You can commute on any bike from a mountain bike to an electric bike. Gravel bikes are fast becoming the most preferable mode of travel on two wheels. And bike companies have cottoned on to the city commute hype and create a range entirely for commuting. Urban/City bikes such as the Cannondale Bad Boy 1 or the Kona Big Dew make city riding easy and keep maintenance costs to a minimum. On the continent most people commute on very comfortable leisure bikes – so that’s this myth out of the window.

You Live too far.

Although some people cycle phenomenal distances to and from work, we’re not suggesting that suddenly become a super athlete and jump on your bike for 50 miles each way. But you don’t necessarily need to cycle the whole way. Maybe you could cycle to from the station to save the car journey at each end. Even consider a folding bike so that you can jump on the train and cover both ends. Also electric bikes are a great way to allow you to cover much further distances without using up as much effort. Even cycling to the bus stop & locking your bike up for the day may help you save a lot of time. Working out how to break the commute up into chunks can make a big difference. 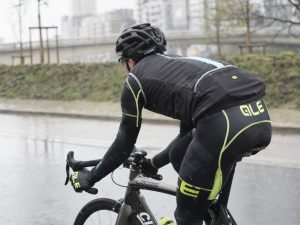 Not every commute has to end in you looking like a damp dog. Sure if the rain is coming down hard you may want to swap the cycle for a drier form of transport – unless the work office is fully equipped with showers. In the summer months you don’t have to hammer the pedals so you arrive sweaty – a more leisurely commute has just as much benefit on your well being. You can always leave a change of clothes at work to freshen up. Enjoy the fresh air!

5 REASONS TO COMMUTE BY BIKE. 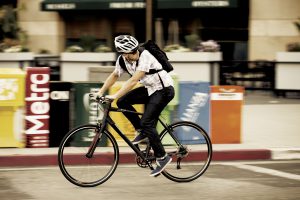 Neither you nor your bike is going to melt in the rain! It’s more than possible to ride when the whether isn’t quite up to scratch. There are some elements that you will need to be very careful in such as snow or ice, we wouldn’t recommend riding if it’s like this unless you’re comfortable, but everything else should be fine. You can buy an endless amount of kit specially designed to cater for all weather conditions – so no more excuses! 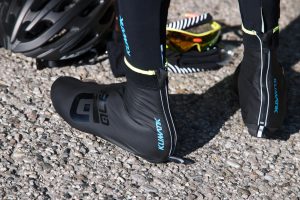 Despite the fact there is a huge range of cycle kit available for you to commute in, you don’t actually need it. At Cyclestore we supply an ever expanding range of commuting gear, from bikes to winter jackets to waterproof bottoms. You can pick & choose what you decide to wear, but as long as you have a bike and a helmet, you’re pretty much set to go. Plenty of jeans will survive regularly commuting and if you can’t find a pair that suit the ride, cycle companies even sell cycling specific trousers that you can wear in the office. These have just the right amount of stretch & durability to survive the commute, and the right aesthetic for your everyday office wear.

One of the first things people will say when it comes to cycling in the city – it’s too dangerous. Of course, cycling comes with it’s risks, like any sport. You can have a fall or a crash, it might not even be your fault. But it’s no more dangerous than anything else in your morning routine. You don’t turn down driving in case you write off the car, miss the train incase you get hit. & Statistically cycling is one of the safer modes of transport.

If you include the wide variety of health benefits found in cycling in the equation, cycling is definitely bumped up the agenda. There are plenty of steps you can take to make your riding safer, including wearing better gear and a helmet, having the right tyres, not riding eratically.

WHAT TO DO IF YOU HAVE A CYCLING CRASH. 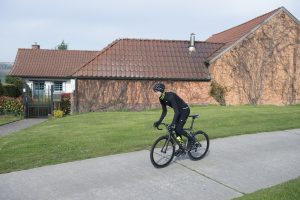 While a car can move faster than the bike, 80% of the time you’ll find it’s actually quicker to take the bike, especially in the city. You won’t have to stop in all the traffic jams and you’ll be able to explore plenty of new routes. A lot of the time it’s possible to cycle as the crow flies seeing as you can take pedestrian shortcuts & a variety of different cycle paths that now exist.

Granted if your drive to work is a long way, cycling probably would take a lot longer. But you’ll certainly feel more refreshed when you do arrive!

HOW TO MAKE TIME TO RIDE.

We have plenty advice on commuting & cycling in general. Hopefully soon you’ll be able to hang up the car keys and jump on two wheels to make up part of the commute. Safe riding!